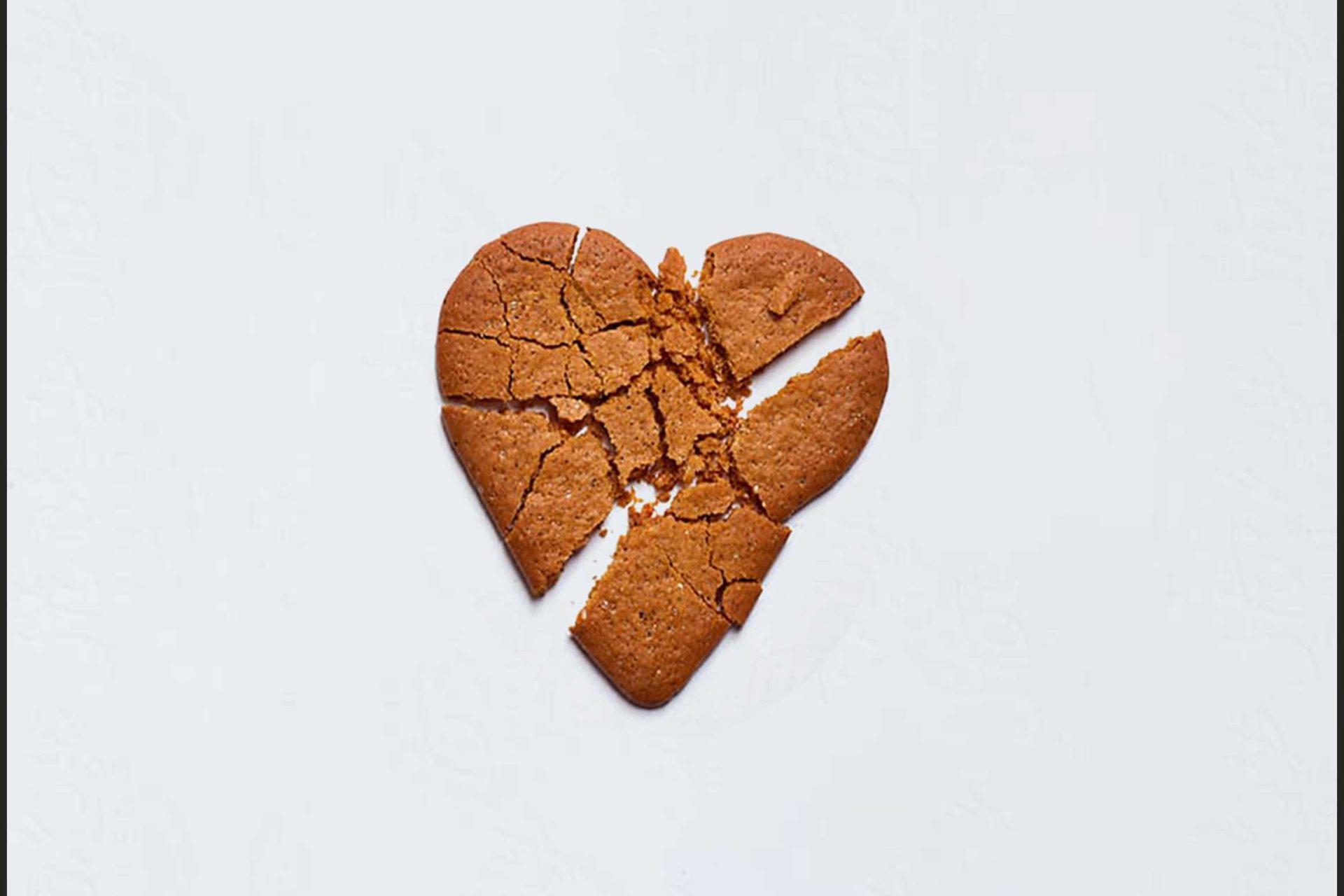 How to survive a broken heart without losing your mind

The scene that never grows old is the breakup bit from Say Anything.

Even if you’ve never seen the movie, you know it. Lloyd Dobbler, played by a fresh-faced John Cusack, boombox held aloft into the darkening sky, Peter Gabriel saying for him what his own words could not in an attempt to win back Diane. It might be pop culture’s most iconic image of a breakup. Which is a shame.

Because of all the many things you can do with a breakup, one of the absolute worst is to pine over what might have been, trying to reverse engineer a thriving relationship out of the lifeless husk of what once was. A breakup isn’t fun, so the natural inclination is to back out of one and try to go back to being in a relationship.

“A breakup is like a death only the person is still walking around in the world,” says Dr. Suzanne Lachmann, a clinical psychologist with an expertise in helping people navigate breakups. “Any time you are experiencing anything that’s like a death of someone that means something to you, it’s going to hurt no matter how progressive society gets. A loss is a loss.”

That means you’re going to probably go through some version of the seven stages of grieving a breakup. This is a process identified by Lachmann as a sort of road map for what the days, weeks, months and even years following a bad breakup will most likely end up looking like. These aren’t really steps, since they’ll happen naturally. Consider them more markers to help you get a rough idea of where you’re at and how to best navigate this season.

STAGE ONE: SHOCK AND DENIAL

Your instinctive reaction to a breakup will probably be a little different based on whether you were the one who initiated it or not, but one thing most breakups have in common is an initial stage of shock and denial in which you don’t fully grasp the reality of what’s happening.

If you’re breaking up with someone, this stage comes before the actual breakup, when you’re refusing to accept in your head what you already know is true: You need to break things off. This stage can last as long as you can hold the realization at bay, but the sooner you come to terms with the fact, the sooner that knot in your stomach will go away. Breaking up with someone is hard because you know it will cause them pain, but it will ultimately make it more painful for them if you string them along. Pray for strength and poise, and do the right thing.

If you’re on the receiving end of a breakup, denial looks a lot like a desperate search for answers. You convince yourself the person who dumped you isn’t in their right mind or is just going through a phase. You hunt for tangible reasons they dumped you, convincing yourself that if you can boil the reason down into one clear thing, you can fix the break and things will go back to being what they were.

This is what denial looks like. It’s a coping mechanism meant to shield yourself from the reality of the situation. Heartbreak, disappointment and rejection are brutal feelings, so our minds find ways around embracing them. It’s understandable, but reckoning with the truth of your situation is your first step toward healing.

That acceptance is going to come with a sharp, brutal pain that’s known in the business as heartbreak.

You go from seeing someone every day and sharing your life with them to not having any interaction with them at all, other than some tortuous social media teases. (Seriously, an Instagram pic from that restaurant we used to always go to?!) It can feel like a death, as someone very close to you vanishes from your life—and the future you’d been envisioning is swirling down the drain.

There is one thing to remember during this stage and, unfortunately, it’s not particularly fun. It’s simply to accept the fact that you’re in pain. That sounds easy enough, but a lot of people struggle with it. They try to convince themselves that the pain they’re feeling is silly and juvenile, and attempt to undermine their own feelings by shutting their eyes and being a “grown-up.” There’s a reason why Ecclesiastes says there is “a time to weep” and “a time to laugh.” Everyone likes laughing, but sometimes we need a reminder it’s OK to just cry and grieve.

And yes, rejection is embarrassing and breakups can be humiliating, but that is no excuse to treat your emotions like they don’t matter. Admitting that to yourself and letting yourself feel the full brunt of the breakup is much more emotionally mature than keeping a stiff upper lip and pretending to be hurting less than you are.

Anger usually doesn’t set in immediately. Initially, the feelings of loss and loneliness overwhelm any real mad energy, which is why people generally turn to ice cream and fried chicken immediately after a breakup. But the anger stage is when people start turning to stronger substances (do not do this) or aggressive activities like kickboxing (much better). Anger is when the initial shock of sadness dissipates and all you’re left with is rage.

Sometimes anger gets a bad rap. Sure, the Bible says we should be “slow to anger,” but it never says we should avoid it all together. Here’s the thing: Anger is actually a good sign. It’s the first sign that you actually are progressing through the stages. Even better, it’s a sign that you’re starting to take stock of yourself again. Depending on your temperament, you might be mad at your ex, their friends, the circumstances surrounding the breakup or maybe just mad at yourself.

You’ve got two options here. The first is to let that anger simmer and calcify into a bitter grudge. The second is to use it productively. Anger can be a great motivator. You can take that energy to the gym, a creative project or even some simple housework. Pretty much anything is better than sitting in your own anger, stewing on the one who got away.

A quick note: This is a stage where you might be tempted to start dating again, just to prove something. This is called a rebound, no matter how much you try and convince yourself otherwise. Avoid the urge at all costs.

“How long will it be like this?” The thing to remember is that this stage does have an end. It may look like the entire future is a yawning chasm of loneliness, but the day is going to come when you wake up and you’re not thinking about your ex. Maybe not tomorrow. Maybe not next month. Maybe not even in six months. But it’ll come. The important thing is to not try to rush through this stage. Lachmann says that might just end up making things worse.

“I highly, strongly feel there should be no expectation ever about how anyone processes a loss,” says Lachmann. “All the different formulas only put pressure and make you feel bad.”

Well-intentioned friends will be there to try and talk you out of your funk, telling you to move on and snap out of it. That’s what friends are for, but it’s also important that you recognize these feelings aren’t something you can just turn on and off. There’s no set schedule for getting over stuff like this.

There are most definitely people out there who won’t reject you. You and this person were just not compatible in ways that you didn’t see. That’s all.

Don’t be afraid to ask for help. Stay plugged in to church and don’t hesitate to ask for prayer—it really does work. Also, remember that counselors are heartbreak experts, and having someone with the resources to help you process your emotions is more valuable than you might realize.

This is obviously a welcome adjustment to your emotional state, and it’s important to remember that it’ll come. Old routines start to set back in. You’re still sad about things—obviously there’s no event under which you wake up one morning feeling completely better—but there’s an organization and clarity to your thoughts that you haven’t had in a while.

You start having fun again, here and there, but don’t let this lull you into a false sense of security or, worse, make you feel like you should be doing better than you are.

“There’s no point at which you can look up and say, ‘I’m officially over this thing,’” Lachmann says. “Because you have no idea if you might have some association three months later that makes you melancholy for a minute. It’s not an exact process and the worst thing you can do is set expectation on your own grieving process.”

Allow yourself to have some fun and enjoy life, but also, take your time. Build yourself back up slowly.

STAGE SIX: RECONSTRUCTION AND WORKING THROUGH

As a feeling of normalcy starts to return, you’re going to have the emotional margin to start making some changes to your life. Start thinking about the things you want to improve about yourself and set some goals with realistic plans about how to achieve them.

Reach out to some friends you haven’t seen in a while or maybe make some new ones. Pick up a hobby (Remember the kickboxing thing?). You’re going to have some fresh energy and now is a great time to funnel it toward something proactive, but make sure you’re not using these new activities as a bandage. There will still be moments of pain.

“Breakups take as long as they take,” Lachmann says. “There are so many ways to distract yourself from feeling sad that we lose sight of the fact that grieving is actually part of the healing process.”

In other words, don’t rush yourself. If you don’t process this grief now, it won’t disappear. It’ll just show up later, stronger and more stubborn. Better to do the hard work now than wish you had later.

Acceptance doesn’t necessarily mean happiness. Sometimes the wound left by a breakup never completely goes away. Acceptance is about acknowledging that what happened, happened. The sting of rejection hurts, but it doesn’t have to define you moving forward.

This is the stage where, at long last, you’ll get through the day without thinking about your ex—and when you do, it won’t come with a wrenching pain in your gut. You’ll be able to move on and maybe start thinking about dating again. And, by this point, you might be an awesome kickboxer.

THE END OF THE BEGINNING

Breakups are made out of two pains: loss and rejection. Both take time to heal, and Lachmann makes it clear that the stages she’s created won’t necessarily go in order. Life, like love, is messy that way.

“You can cycle through [these stages]” Lachmann says. “Go back and forth through them, under them, around them, through them, for as long as you personally, physically, emotionally need to.”

Remember your absolute acceptance by God is secure, and there is nothing any ex can do to change that. That won’t necessarily fix the way you’re feeling, but it can provide a true north in a disorienting season.

The important thing to remember is that feelings you experience on the heels of a bad breakup aren’t permanent. “Remind yourself that there are most definitely people out there who won’t reject you. You and this person were just not compatible in ways that you didn’t see. That’s all.” 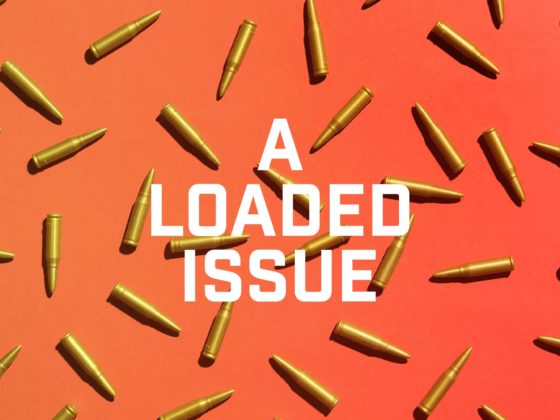 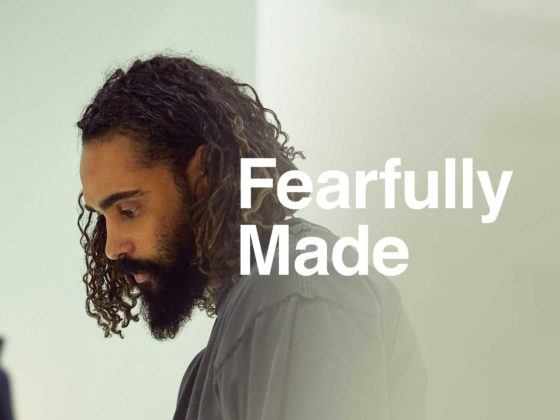