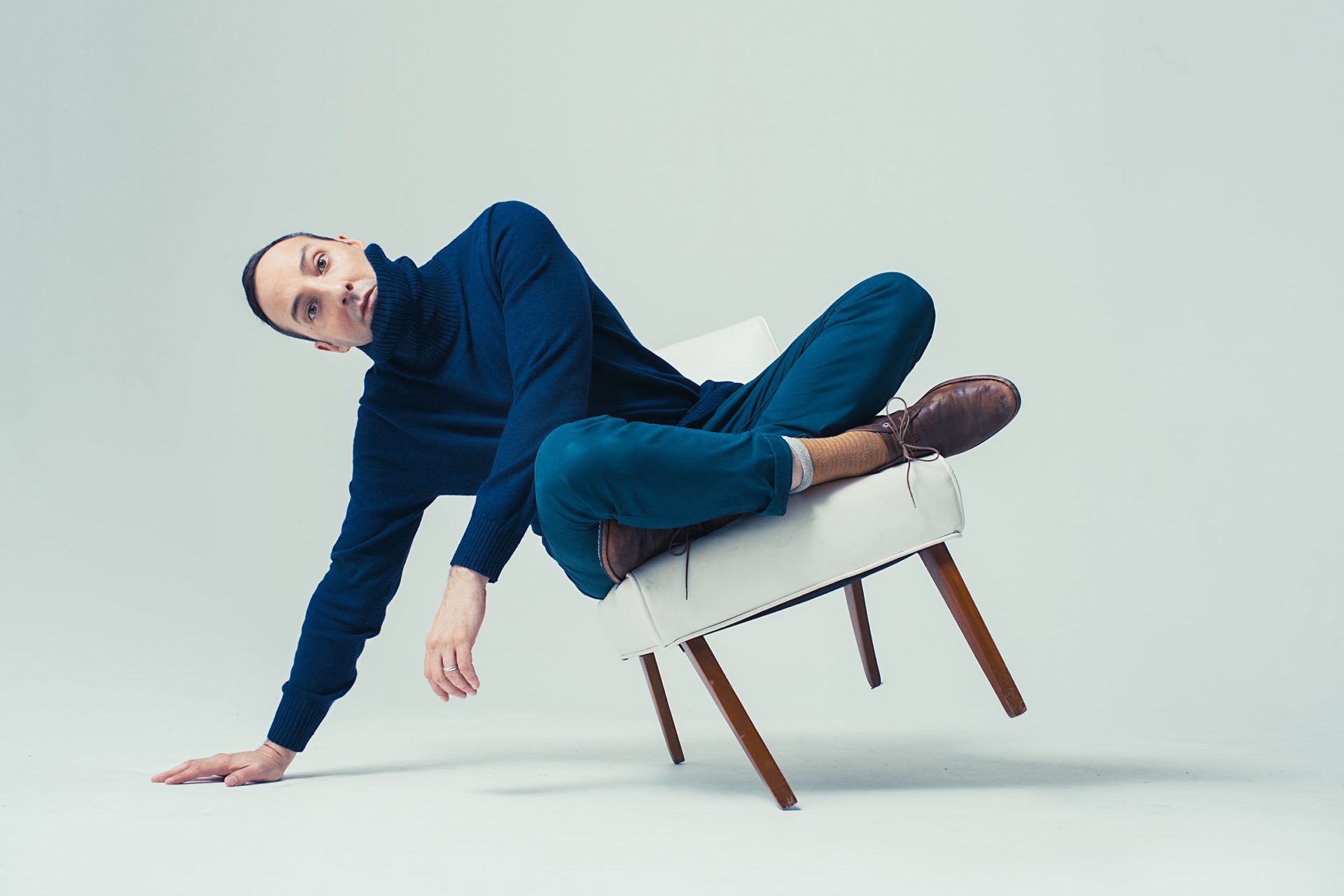 It was about 20 years ago when Tony Hale had an experience that would end up shaping his outlook on life.

The aspiring actor had just done a nationwide Pepto-Bismol commercial. In just a few weeks, he’d be attending his 10-year high school reunion. For Hale, this was a very big deal.

“I remember thinking, ‘I can’t wait to go back to my high school reunion,’” he says. “I mean, people that maybe I was insecure around, I want them to really see me in this space. I want them to see that I’m the guy on TV.”

Hale was in his late 20s. The commercial didn’t just feel like a success. It felt like validation.

“I put a lot of energy into that fantasy of walking into that room,” he remembers.

However, after the reunion, something unexpected happened. Hale didn’t feel great about his achievement. He felt empty. 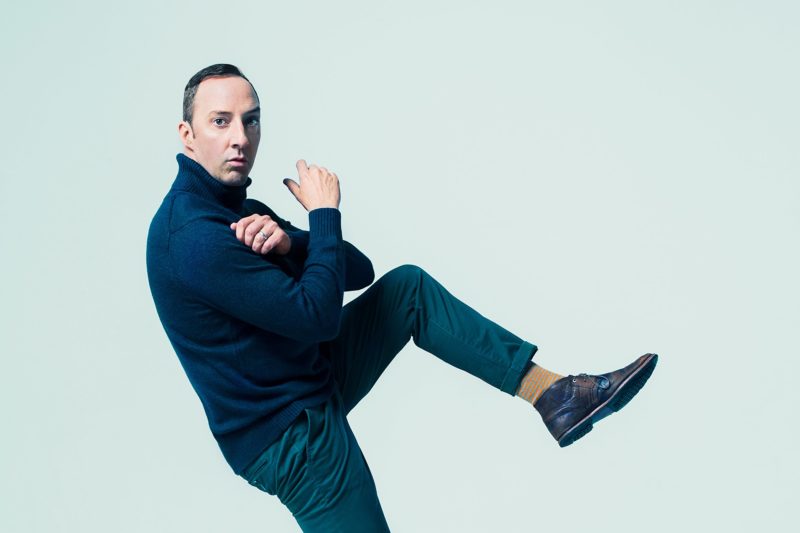 “After that 10-year reunion, I think I felt worse than when I came in because I had given so much energy,” he says. “That’s just fleeting. It’s stupid. It’s just … you really see how shallow this is.”

Years before he would win two Emmys, star in one of television’s era-defining comedies with Arrested Development, follow that up by starring in another one of television’s era-defining comedies with Veep, or become the central new character in one of Hollywood’s most beloved franchises–he’ll voice “Forky” in the upcoming Toy Story 4–Tony Hale learned a major lesson about self-worth.

Fame and success wouldn’t make him happy. The commercial gave him a platform, connections and a little bit of money, but he’d put so much value into it that he ultimately felt deflated.

“It’s really woken me up to thinking, ‘Wow, this is all about the simple,’” he says. “It’s all about breathing and connecting with people and loving people and loving God. I mean, not to sound like a devotional, but it’s almost like the more things have gotten bigger, the simpler they’ve gotten in my mind. Life has gotten simpler.”

After moving to New York in the mid-’90s, Hale landed a handful of commercials and helped found a group called The Haven. It was a place for fellow Christian actors and industry professionals to meet and talk about faith, art and life. Soon after his arrival in New York, he landed small guest appearances on shows like The Sopranos and Dawson’s Creek, but it was 2003 when he got his major break.

That year, Hale was cast as the comically codependent man-child Buster Bluth on Arrested Development. Though the show struggled to find a large audience in its first three seasons on Fox, it became a critical darling and developed a passionate following. In 2013—seven years after its network TV run—Netflix revived Arrested for a fourth and fifth season, and the latest eight episodes were released this spring. According to industry sources, it remains one of the platform’s most popular shows.

His performance as Buster Bluth helped launch Hale’s career as a comedic actor with a unique knack for tightly wound worrywarts. In 2012, after appearing in supporting roles in several big-budget movies, Hale was cast as the high-strung and also comically codependent Gary Walsh in the hit HBO series Veep. Hale’s neurotic turn as the scene-stealing character earned him two Primetime Emmy Awards for best supporting actor in a comedy series. The final season of the satirical political series is airing now, and even though the current political world has moved well past the bounds of satire, Hale’s presence remains an astonishment.

And then there’s Pixar, which cast Hale as the new anchor of Toy Story 4.

Hale’s attitude is indicative of how things have changed for him since the Pepto-Bismol commercial and anticlimactic high school reunion. These days, he doesn’t spend a lot of time thinking about the future or dwelling on the past. He’s living in the moment.

And what a moment it is. By almost any measure, Hale has arrived. But according to him, “arriving” doesn’t have anything to do with the roles he’s landing. It’s being happy with where he’s at—no matter where that happens to be.

“I think for so much of my life, it was very easy to live in this fantasy, of ‘What does arrived look like? What does making it look like?’” he says. “And the older I get, and the more I do it, the more it really brings me back down to the simple. Really arriving and making it is just being as present as I can be, and in a situation and connected to people.”

That was a lesson it’s taken Hale a long time to realize, and he’s quick to note it helped him a lot to have “a really good couple of therapists.”

“I talk about being present so much because I suck at it,” he admits. “My default is being somewhere else. It’s more of a challenge to be where I am, so it’s a real daily choice for me.”

For a guy who has had the “next big thing” lined up for the past decade and a half, it took him a while to learn to actually enjoy where he’s at right now.

“I meet a lot of people who have gotten their dream and realized that it didn’t satisfy them the way they thought it was going to satisfy them,” Hale says. “This also can be a business where you’re always looking to the next thing. It’s never enough. Success is insatiable, fame is insatiable.”

But along with his new perspective on how to deal with the trappings of fame, Hale has also come to lean on his relationship with God.

When Hale first arrived in Hollywood, he was quick to defend his faith. But after years in the business, and struggling to find contentment in professional success, things started to change.

“The older I get, my relationship with God and my faith—I mean, it’s always been everything to me—but there’s more of an ownership of it now,” he says. “God really is the only reason I’m doing anything I’m doing.”

Hale’s ownership of his faith started to reframe the way he thought about his beliefs, especially when it came to his defensiveness. It helped him contextualize what actually “arriving” as an actor and a healthy approach to being “famous” might actually look like.

“Everybody wants to be known,” he explains. “Everybody wants to be seen. And people look at fame as the ultimate being known, the ultimate being seen. In actuality, if you’re known by people who you love and love you, that’s all the known you need. And people that are really, really famous, they’re less known than a person who’s working at the mall in Birmingham, Alabama, because that person in Birmingham, Alabama, can walk into a place and, whatever ‘hello’ they get, whatever encouragement they get, whatever somebody’s giving, there are no strings attached.”

There’s a common thread that connects many of the characters Tony Hale is known for: They are fragile people with deep-seated issues. That’s exactly why Hale enjoys playing them.

For him, there’s a value in showing the consequences of brokenness. He’s not against “redemptive” entertainment, but he’s also learned the power of showing what happens when characters don’t seek or achieve redemption.

“It’s not like I’m against art that puts a bow on it. We all need hope,” he says. “I love redemptive work, but I also love art that really shows brokenness.”

Take Veep’s main character Selina Meyer, played by Julia Louis- Dreyfus. Meyer’s an unrepentant narcissist who doesn’t mind walking all over people in an effort to fuel her mostly selfish ambitions. For Hale, there’s real value in showing what happens to someone like that.

“Throughout the seasons, I think there’s been this constant theme of you reap what you sow,” he explains. “Selina is an awful person. She’s a very broken human being who is all about herself and only wants the most attention, the most power. She’s not kind. And the fact is, that reaps isolation. That reaps destruction. I think our society, we invest in more and more and more. It’s not enough, it’s not enough, it’s not enough. When you give yourself, when you are kind, when you are loving, it reaps such a better outcome.”

Hale wants to make art that teaches people about themselves, even if that lesson is about what happens to people who behave badly.

In his life, almost no lesson has been more important than the one he learned before his high school reunion: Life isn’t about looking toward the next thing; it’s about being present in the moment God has you in.

A CLEAR AND PRESENT NOW

This fall, Netflix will air a new show starring Tony Hale. It isn’t another prestige sitcom. It’s a cartoon about a chicken. And he says it’s one of the most important projects he’s ever worked on.

In 2014, Hale co-authored a children’s book called Archibald’s Next Big Thing. The story’s concept comes as no surprise. Archibald, the aforementioned chicken, learns to be fully present. He’s the personification (or chickenification) of a thought experiment: What if instead of looking forward to the next big thing, everywhere you are is a big thing?

“I think of all my jobs, this has been …” Hale stops himself for a moment. “I mean, I loved Arrested. I loved Veep. But this is something that is really so special to put out there, because especially in today’s political climate and all the chaos in the world, this little chicken is seeing the best in people and is super loving and positive, and ‘yes ands’ his way through life. It’s really, really life-giving and fun.”

Hale will voice Archibald on the show. It’s another role he hopes to learn from.

“I pretty much want to be Archibald,” he says. “I want to have that perspective on life.”

Hale wants to be more like a present-living animated chicken. But he also sees himself in Buster Bluth and Veep’s Gary, both anxiety-riddled, “broken” people just trying to stay afloat in a world that’s uninterested in them.

“I love redemptive work, but I also love art that really shows brokenness.”

“I’ve struggled with anxiety myself, so I love doing characters or stories that put a mirror up to society,” he explains. “Even if it’s not a pretty bow at the end, even if it’s not a redemptive picture, just me feeling seen in that work is comforting.”

No longer is Hale worrying about when he’ll arrive, in his career or even as a person. He’s more concerned with living in the moment, being fully present and understanding that success isn’t about where you’re headed.

It’s about enjoying where God has you right now. 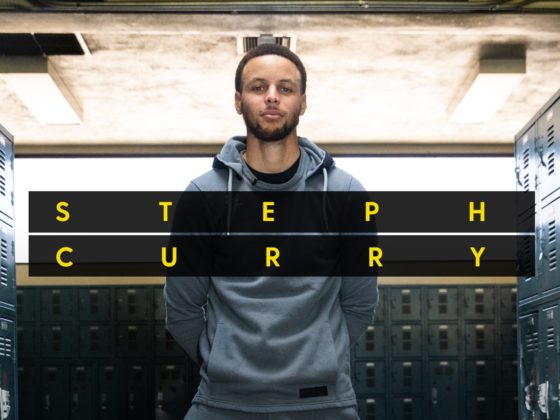 Dinner With Friends Is My Church. Is That OK?