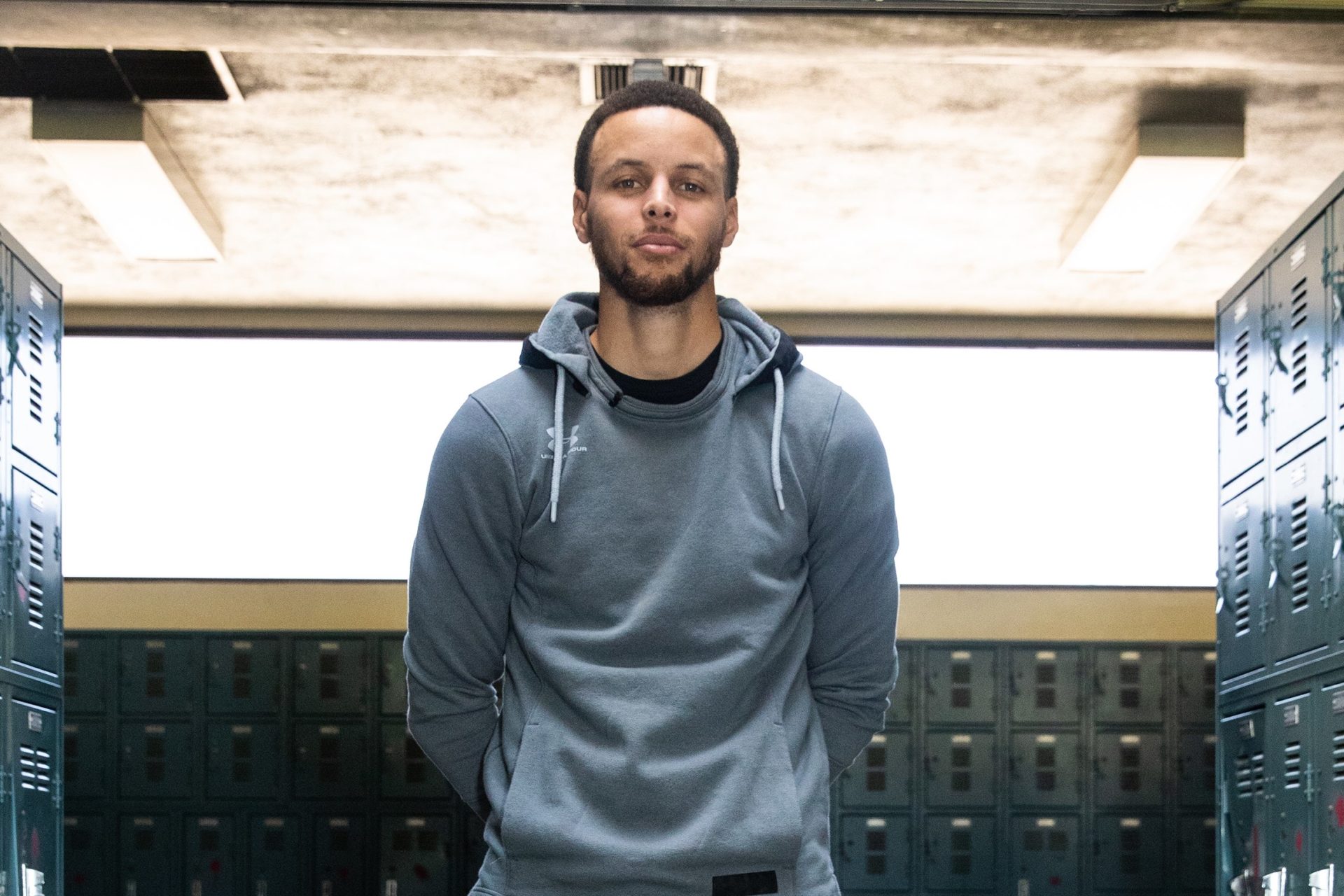 The NBA superstar has his sights on a new goal: becoming a Hollywood mogul.

There was a moment in the days following the shooting at Charleston, South Carolina’s Emanuel AME Church that Stephen Curry has thought about a lot. President Barack Obama was delivering the eulogy for Rev. Clementa Pinckney— one of nine people gunned down at the historic black church by white supremacist Dylann Roof—when he began singing. The President of the United States led the congregation in “Amazing Grace.”

“There was something powerful in that moment and the idea of grace, the forgiveness of a community and the urge to find the best in ourselves,” Curry says. “Whether religious or not, many of us relate to the idea of grace as a calming to the soul and whether it was the delivery, the timing or the person delivering it, that was a transcendent moment.”

The moment is featured in Emanuel, a new documentary that tells the story of not only the shooting, but also how many in the community chose to respond to the shooting with grace and forgiveness.

“Grace can be interpreted in a myriad of ways, but on a visceral level, I believe everybody understood the message,” Curry says.

It’s the kind of story that NBA superstar Curry believes the world needs to hear. The film is co-executive produced by Unanimous Media, a new entertainment company co-founded by Curry to tell stories about faith.

Curry may be one of the most popular athletes in the world (the ninth most popular globally, according to ESPN’s methodology), but as he sees it, his most important work happens off the court.

“I know how powerful storytelling can be,” he says. “One story can reach and impact so many people. I also know that I have a unique opportunity to reach a wide audience, and I wanted to leverage that to inspire and move people. Stories are about connection. They have the ability to transcend generations, engage us through emotions and connect us to others.”

Back in 2016, Steph Curry became the first player in NBA history to be named the league’s MVP by a unanimous vote, which inspired the name of his media company. He’s currently the point guard and leader of the Golden State Warriors, one of the most dominant teams in the league and one of the greatest teams of all time by any reasonable metric. That’s why it came as a bit of a surprise that in the prime of his basketball career he would simultaneously launch a massive media venture.

However, it’s a move he’s passionate about because he believes in the power of stories to make an impact.

“It was important for me to start Unanimous Media specifically with the goal of telling powerful faith stories, honestly, because life is hard,” he says. “There are curveballs and losses that can feel overwhelming, but through those moments, there is also a God who by nature cannot abandon you, and the truth of the Gospel is life-changing and life-giving.”

Curry has never been shy about his faith. His signature Under Armour shoes all have a reference to his favorite Bible verse under the tongue: Philippians 4:13, “I can do all things through Christ who strengthens me.” They were the fourth best-selling signature basketball shoe in the world in 2017, just above Jordans.

“Faith is the substance of things hoped for and the evidence of things not seen,” he says. “It’s core to my life on and off the court—it’s rooted in my foundation, my family and my perspective on life.”

Unanimous Media presents an opportunity for Curry to do more than just tell faith stories with a basketball context. He sees it as a chance to tell stories that will reach people where they are.

Yes, basketball plays a small part in Breakthrough, the first major release Curry co-executive produced, but it’s only a subplot to a larger narrative about faith, family and prayer.

Based on a true story, the film tells the story of a young, basketball-obsessed teenager who nearly dies after falling through the ice of a frozen lake. His family and church community pray for a miracle as he clings to life.

“This is the first script I received, I read it in one sitting and was blown away,” he says. “I knew immediately that I wanted to be a part of bringing it to the screen.”

Curry and the rest of his team at Unanimous worked with Breakthrough’s producer DeVon Franklin, providing notes on the script.

“I am so aware that this film might be the only exposure to faith that some people will have,” he says. “I don’t take that lightly.”

The sheer scope of Curry’s ambitions for Unanimous Media will come as no surprise to anyone familiar with the standards of excellence he’s always set for himself and his team. Along with the upcoming slate of movies, there are also plans for video games, virtual reality projects, physical consumer goods and television shows.

“I know how powerful storytelling can be—one story can reach and impact so many people.”

Though Curry and his team have a wide array of projects they are interested in pursuing, they all, even the mini-golf show, have a common goal: bringing families together. Curry wants people to slow down, sit with each other and talk about big ideas with people they care about.

“So much of how we operate as a culture is based on the now—how much money we can make, what we want the world to see, just keeping up with everyone else,” Curry says. “When we shift our perspective, we start operating differently.”

The doors of Hollywood have opened to Curry pretty easily. Unanimous has already inked an enviably lucrative partnership with Sony Pictures Entertainment. But when it comes to choosing which projects to pursue, Curry is relying on the thing that has brought him this far and drives him on the court and off of it: his faith.

“My faith is a central strand that connects the various aspects of my life—father, husband, son, athlete, business man,” he says. “So when it’s time to make decisions, it’s what I lean on. It can be big or small, but it’s more about trying to be heaven-minded, and raising kids who grow up worshiping the Creator of the universe, as opposed to the temptations of this world.”

Unanimous Media has a variety of projects currently in the works including holiday movies centered around Christmas and Easter, an animated Bible movie and even a romantic comedy about the church dating scene called Church Hoppers. But along with the light-hearted fare, there are also moments and stories that are more profound—like the President of the United States singing a hymn to a group of mourning churchgoers who are choosing to offer forgiveness to the man who targeted their community.

“Stories like this are the reason we created Unanimous and entered the entertainment space,” he says of Emanuel. “It felt urgent to show the totally human, various journeys of grief and forgiveness, the redeeming and freedom-unlocking power of that forgiveness, and the inspiring way a community was able to come together in the face of unthinkable tragedy.”

It’s these kinds of stories Curry believes he’s called to tell in the next stage of his professional life. These won’t just entertain viewers. They have the power to transform the way people think about complicated issues.

“If we can introduce or redefine who God is to someone going through it, then that whole thing, the whole movie, the entire production of it all, was worth it.” 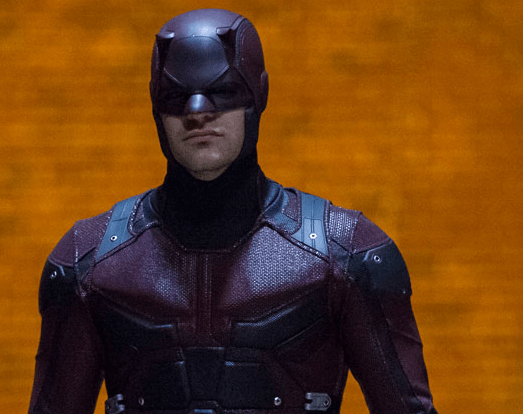 Netflix Is Making another Season of ‘Daredevil’ 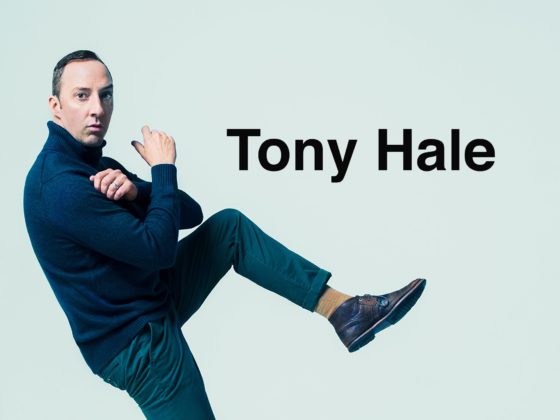