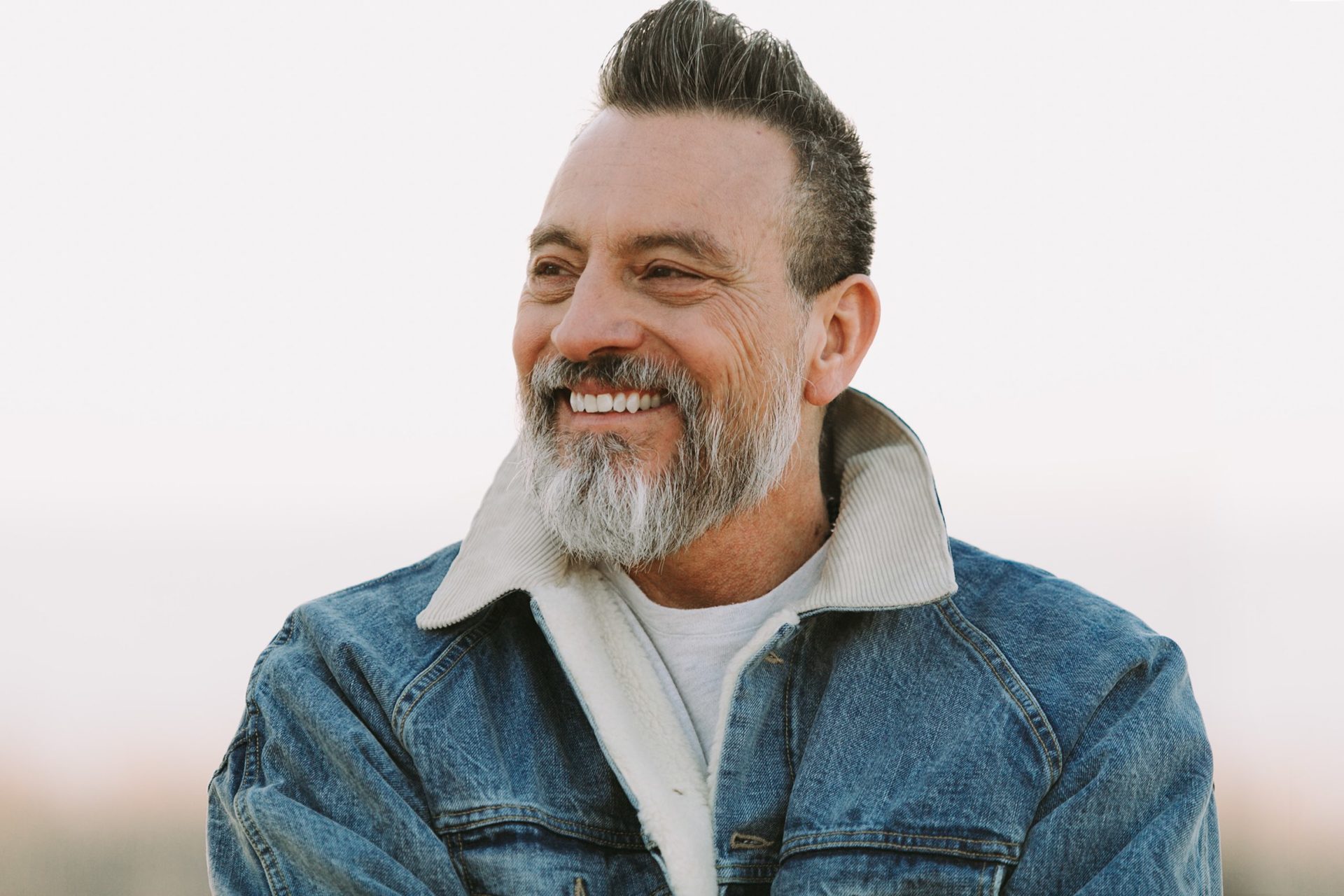 You Can’t Save the World Until You’ve Saved Yourself

The influential pastor and author beat cancer, but now he’s turning his attention to even deeper battles.

When Erwin McManus was diagnosed with cancer, his ministry took on a new urgency. As the pastor of Mosaic in Los Angeles and the author of a dozen books, his legacy was secure—but he began writing as if every word would be the last he ever wrote. Fortunately, it was not.

Surviving cancer gave McManus a fresh perspective—one in which he’s aware that a new generation is fighting new battles. As he writes in his latest book, The Way of the Warrior, McManus is convinced that far too many people aren’t ready for the struggles that lie ahead because they haven’t fully dealt with the struggles within. McManus spoke with us about what he thinks people need to remember about saving the world, why he only wants to hire failures and how he hopes Christianity is coming out of its age of magic.

WHERE DID YOU FIRST START TO COME ACROSS THE IDEA FOR THE WAY OF THE WARRIOR?

I’ve been a follower of Christ for 40 years, and I’ve seen so many people not make it. I’ve seen so many people crash and burn. Our community at Mosaic—just thousands upon thousands of 20-year-olds and they’re the most intelligent, gifted, talented, attractive human beings on the planet—and they are drowning in anxiety and fear and stress and panic attacks, thoughts of suicide, attempts of suicide, people ending their lives.

The paradox of opportunity with reality is at such a critical level of extremes that I felt like I needed to speak into the cultural issue that we’re losing this internal battle. We have all this freedom, all this opportunity, we have all this wealth but we don’t have the capacity to get up in the morning and face the problems of the day. We’re not just struggling. We’re tormented on the inside, and I actually think that we’ve done ourselves a disservice. … Sometimes I think Christianity’s in a transition. It’s still coming out of an era of magic, and we just added Christian language to magic rather than dealing honestly with the dynamics and the complexity of being human. I’m just trying to humanize the process of moving toward holiness.

IT SEEMS LIKE THERE’S OFTEN A DISCONNECT BETWEEN KNOWING WE’RE NOT THE KIND OF PEOPLE WE WANT TO BE AND KNOWING HOW TO BECOME THAT PERSON.

Absolutely. A huge part of the problem in our culture is this overwhelming sense of powerlessness. What’s happened in our society is that we’ve created this dilemma where we don’t advocate ownership for our situation, our problems, our future, our internal health, our emotional stability. We’ve begun to project externally who’s to blame or what’s to blame for what’s going on inside of us.

What we don’t realize is that, if you don’t take ownership, you actually become powerless. You only have the power to change the things you take responsibility for. I have a lot of friends who are in the world of human development right now and one of the really catchy things to say is “there’s no such thing as failure.” I’ve looked at people face to face who’ve told me “I’ve never failed.” One of the things they need to realize is that the moment you say failure is an illusion, you become powerless to actual change. My life experience is brutally different. I feel like my life has been failure after failure after failure.

But when a person says there’s no such thing as failure it means that they have removed themselves from the arena of genuine evaluation. And if you don’t evaluate where you are, you can’t go where you want to go.

LOTS OF PEOPLE IN THIS GENERATION ARE MOVED BY THE CAUSES THEY SEE IN THE WORLD AROUND THEM, SO CONVERSATIONS ABOUT WORKING ON “YOURSELF” CAN SOUND SORT OF SELFISH.

I say those are the very ones who are struggling the most. That’s the irony. They end up spending way too much time on themselves because they’re not dealing with how to become whole. If you don’t deal with the stuff inside of you, it will eat you away and end up consuming your life. You can’t give the world—long term—what you do not have. You cannot bring life to the world if you’re not alive. You cannot bring wholeness to the world if you’re not whole. You’re going to end up using that cause to try to numb your own pain. I’d rather have you go try to change the world from a place of health and wholeness.

“You only have the power to change the things you take responsibility for.”

SO YOU’D SAY YOU CAN’T BRING PEACE TO THE WORLD AROUND YOU UNLESS YOU’VE FOUND PEACE YOURSELF.

I’m just going to say it has proven to be ineffective. I’m not saying you shouldn’t fight for world peace. I’m saying we’re trying to solve the symptom and not the cause.

AND YOU WOULD SAY ONCE YOU’RE ABLE TO DO THAT, YOU’RE GOING TO BE MUCH MORE EFFECTIVE WITH THE CAUSES THAT ARE ON YOUR HEART?

Well, life doesn’t give you a pause button. You don’t have to choose between making the world better or making yourself better. You’d better find the time to do both because you only get one life. The reality is the people who actually make an impact in the world take the time. It is odd, have you ever noticed that a person who doesn’t use their time well never has time to do something meaningful but the person who’s really busy doing a lot of good, they have the time to do everything that matters? I actually don’t worry about that person who’s actually trying to make the world better. They’ll find the time to have this conversation with themselves. They’re already having it.

WHEN I WAS A KID, I HEARD THAT IF YOU WANT INNER PEACE, ALL YOU HAVE TO DO IS BECOME A CHRISTIAN AND POOF. IT WAS LIKE A MAGIC SPELL THAT WAS THE PROMISE THAT WAS DELIVERED TO A LOT OF PEOPLE AND A LOT OF PEOPLE WERE DISAPPOINTED WHEN THEY FOUND OUT THAT IT JUST WASN’T TRUE.

One of the great benefits of Instagram is I get to see a lot of clips of a lot of Christian speakers and leaders, and it’s amazing to me how overwhelming the language is about the devil. I’m in 2019 and every human problem is still attributed to the devil. Just from a theological perspective the devil is not the parallel of God. Satan isn’t everywhere at all times attacking everyone, knowing our every thought. The reality is, as long as you’re attributing every failure in your life, every struggle in your life, every weakness in your life, every internal storm in your life to the devil, it actually makes you powerless because you’re abandoning the battle that you’re supposed to take on in your life.

“You cannot bring wholeness to the world if you’re not whole.

It’s odd for me because I believe everything in the Scriptures. I do believe that there is a devil. I do believe in Satan. I do believe in the Kingdom of God and the kingdom of darkness, I believe all of this. I just think that our language and our understanding of reality isn’t biblical, it’s actually more mythical. We need to start helping people realize that if you make bad choices, it creates a bad future. You make a bad choice, it creates a crack in your soul. You need to realize that the healing process takes time and it takes good choices. Your emotional health is as real as your physical health.

WHAT WOULD YOU SAY TO SOMEONE WHO HEARS ABOUT THIS BOOK AND THINKS, “WELL, THAT SOUNDS FINE FOR PEOPLE WHO HAVE A LOT OF STRUGGLES BUT I DON’T NEED THAT BECAUSE MY LIFE’S OK”?

By a lot of measures in life, I’ve been successful, but every day I’m fighting for peace. Every day I’m struggling with stuff inside. I’m grappling with the core of who I am as a human being. If you actually don’t need this book, I wish you would write one and tell us how you got where you’re at. 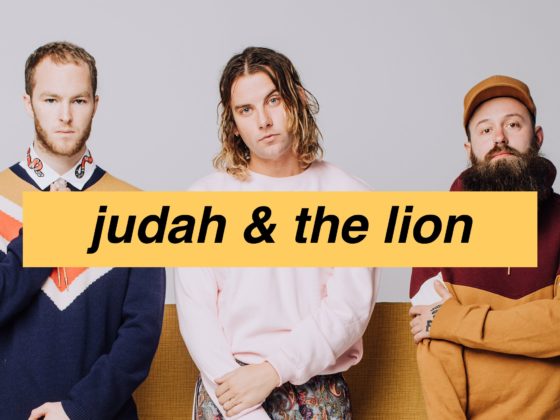 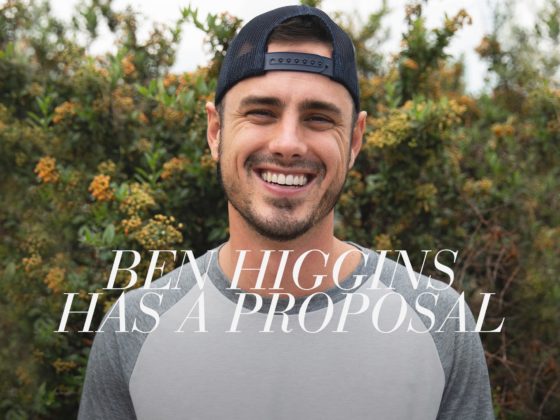 Ben Higgins Has a Proposal