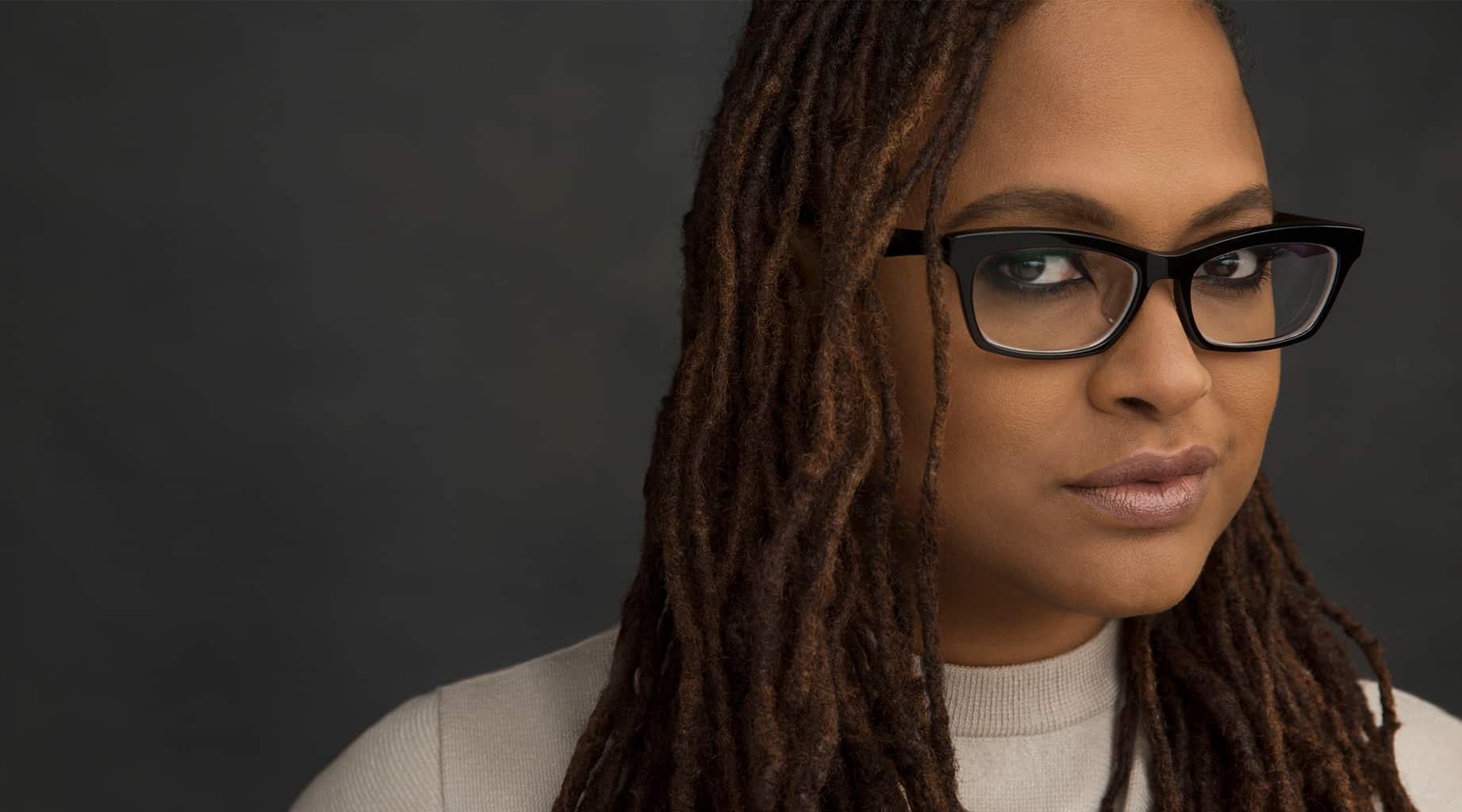 Ava DuVernay: ‘There Is More to Do’

The 'Selma' director has quickly become one of this generation’s most important voices.

HERE’S THE THING about Ava DuVernay. Talking to her, you feel like you’re in the hands of a consummate director. Not just a person who knows how to make a good movie, but someone who could get any large group of people to do just about anything. She exudes authority. When you talk to her, you get the feeling you are speaking with someone who knows how to deal with situations in which the stakes are high. And now, she’s at the point in her career where they’ve never been greater. After early critical acclaim (she’s been nominated for Golden Globes, Emmys, Oscars, and a ton of other major awards), she’s now become the first woman of color to helm a movie with a budget of at least $100 million. She’s feeling pressure, but DuVernay is not the type of person to let it get to her. No, for her, the consummate director, it’s actually motivating.

“I think most artists place artistic pressure or creative pressure on themselves to reach higher, to try new things, to try to tell stories and create images that are as visceral and dynamic as they can,” she says. “So that’s the pressure I’m feeling.”

The pressure she’s talking about is, of course, regarding her adaptation of A Wrinkle in Time, Disney’s upcoming blockbuster based on Madeline L’Engle’s beloved sci-fi story. The book was revolutionary for combining science-based fantasy with spiritual allegories inspired by L’Engle’s own deep Christian faith.

It’s a bold move for DuVernay, coming off of personal, more intimate fare like her acclaimed documentary 13th or her Best Picture-nominated Martin Luther King Jr. biopic, Selma. This may be her most high-profile project to date, but she’s sticking with the formula that has brought her this far: her unique ability to tell unforgettable stories that are laced with powerful social messages and an uncompromising work ethic.

Based on a relatively brief career, it seems DuVernay’s “best” is more than enough to nail it. She’s hardly done anything less.

A project of A Wrinkle in Time’s scope would be a big deal for any film director, but DuVernay is feeling the spotlight in a unique way.

It was only a few years ago that she was a relative unknown. A Compton, California, native, DuVernay began her career in journalism and public relations before finally trying her hand at filmmaking, first with documentaries and then with a 2010 feature called I Will Follow, which cost her $50,000 of her own money. Four years later, Selma was released in theaters, and DuVernay’s life has hardly slowed down since.

And now, the $100-million A Wrinkle in Time, which, for DuVernay, the choice to make was intensely personal.

“I wanted to get back to a woman-centered story,” she says. “I read it, and I immediately felt that it was mine. I really fell in love with the character.”

The story follows Meg Murry, a 13-yearold on an intergalactic, dimension-spanning quest to find her missing father. “As I was entering pre-production, my father passed away,” DuVernay says. “So there were some connections there that were personal to me, and I really felt responsibility to take the story in my hands and deliver this classic that has been around for 60-plus years and try to tell it with kind of every ounce of my heart.”

More than just relating to the protagonist, DuVernay senses that the story tells a fundamental story about the reality of the universe. She references the story’s idea about light and darkness, which is prominent in the book. At one point in the novel, “Mrs. Who” (played by Oprah Winfrey in the film) even quotes the Gospel of John, “And the light shineth in darkness, and the darkness comprehended it not.” DuVernay sees deep meaning in these ideas.

“This conversation about lightness and darkness, about the best in us and the worst of us, and how to reconcile those in each other and in ourselves, is at the core of the book,” she says. “Those are deeply emotional themes that people are dealing with in their everyday life and I think that resonates for people.”

The book was published in 1962, but the themes resonate especially well today, given the current state of cultural turmoil.

“The book and movie are about an embrace of hope and the ways in which we do that—the journey that each person can take to get to a place where you live in a hopeful space,” DuVernay says. “It doesn’t mean to be naive, and it doesn’t mean to turn your back on tragedy.”

For DuVernay, hope isn’t a vague feeling of optimism but something far more practical—d essential.

“I’m a student of history and while this might feel like a dark time for many, it’s not our darkest time,” she says. “So I think it’s important, while we foreground ourselves in the present moment, we have to do so with a real acknowledgment of the past and how far we’ve come and an acknowledgment of hope for the future.

“We hear those words ‘hope for the future’ a lot, but when you really break them down, it’s that the steps we take are forward movements. We need to be centered in a sense that there is more to do and there is more available to us and there is cause for celebration and a promise of possibility, and all of those things are something to smile about and something to be filled with light about.”

Those sorts of deeply emotional themes have shown up in Selma and DuVernay’s acclaimed television series Queen Sugar, a stirring family drama that unflinchingly tackles topics like race, activism and greed.

But it’s one thing to stoke those themes out of dramas, it’s quite another to make them pop in a $100-million Disney movie. DuVernay describes that challenge as a “joy.”

“It’s actually difficult in any film to penetrate plot and get to a personal place,” she says. “But it’s a space where I feel comfortable and I like to be. And so I just applied everything I know about that kind of work to [A Wrinkle in Time].”

Whether it be Selma, Queen Sugar or even 13th, her documentary about the blight of mass incarceration in America and its roots in slavery, racial justice has been close to the heart of every project DuVernay’s taken on.

With Wrinkle, DuVernay tackled the issue through representation. She cast two of the three supernatural figures who guide Meg on her quest as women of color (Oprah Winfrey and Mindy Kaling), and cast a little-known black actress named Storm Reid as Meg herself. While these characters’ ethnicities are not explicitly stated in the book, they’re coded as white (and have been depicted as white in almost all of the book’s artwork), so it’s revolutionary casting, and it made waves.

“I get—I don’t know—a hundred tweets a day of people telling me that they cry at the trailer or the thought of the trailer because it is a very emotional experience when you’ve been absent to suddenly be present in a powerful and strong way,” DuVernay says.

And it’s not just emotional for fans. It, too, is personal for DuVernay.

“It’s hard to explain what an emotional experience it is to finally see yourself, whether you’d be a woman in a role or person of color in a role,” she said.

But the movie’s diversity isn’t relegated strictly to the cast. DuVernay tried to bring a holistic multicultural perspective to the entire production—everything from costume design to set pieces.

And this, perhaps is part of why DuVernay feels so ferociously important right now. It’s not just her talent, but her determination to make everyone feel seen—even, perhaps especially, the people who usually aren’t. There aren’t many blockbuster movies that are made specifically with minorities in mind; it took someone like DuVernay to make it happen.

There’s been a lot of media chatter about A Wrinkle in Time in that context, as it comes on the heels of Marvel’s Black Panther and just a year after Moonlight won the Oscar for best picture. The conversation claims a new “trend” toward black representation in Hollywood, but DuVernay is skeptical on that point.

Ava DuVernay is already looking ahead to the future. She’s a busy woman, with a new documentary about the Central Park Five on the horizon, another season of Queen Sugar in the works and a few mystery projects she won’t say anything about yet.

And part of that busyness, it seems, is that DuVernay’s not taking anything for granted. She’s aware of the rarity of her current stratosphere, and she intends to make the most of it by telling the sorts of stories that she’s uniquely equipped to tell and widening the world for anyone who will come after her.

“I’m in a really privileged position as a woman filmmaker, as a black filmmaker because at the current moment there’s not a shortage of opportunity to tell the stories and that’s not something that I was able to say even two years ago, three years ago,” she says. “It’s something that a lot of filmmakers never get to say, so I feel really grateful.” 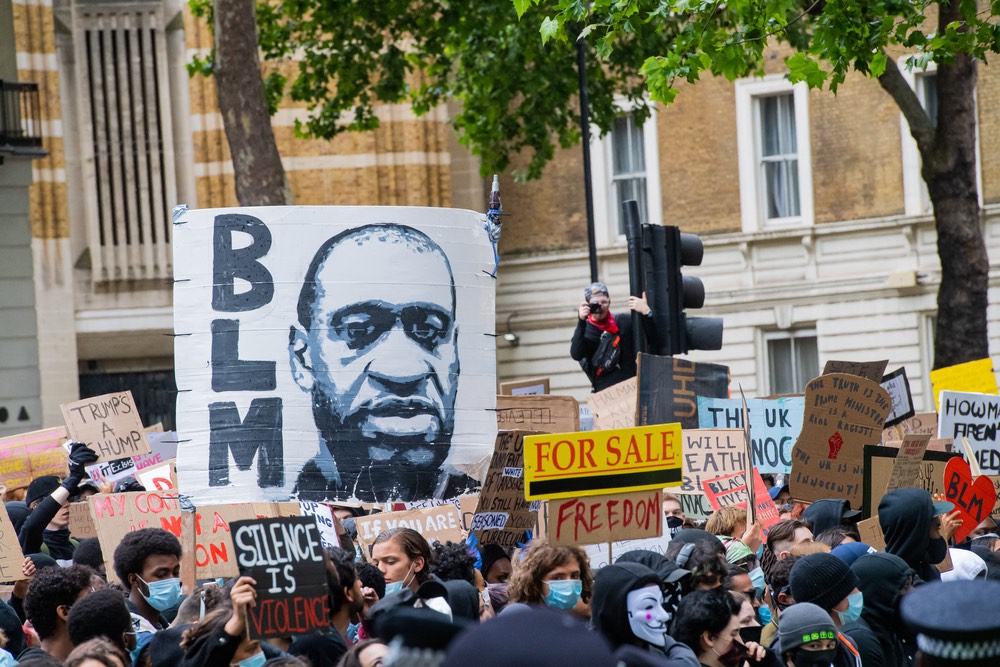 In a Historic Move, Minneapolis Lawmakers Say They Will Disband Their Police Force