If you’re a typical millennial, you’re in a massive amount of debt. Now what?

Just 22 percent of Americans between the ages of 18 and 34 claim to be debt-free. A quarter of the rest of that age group has at least $30,000 in debt and 11 percent have over $100,000 in debt. The numbers come from new findings from a NBC News/GenForward survey, and reveal a concerning trend among many young Americans: They are in serious debt, and it’s causing them to put much of their lives on hold.

One-third of the group has put off buying a home due to reported debt, and 31 percent aren’t saving for retirement for the same reason.

The good news: There is a way out. This generation also happens to be more educated, geographically mobile and vocationally ambitious than any previous generation. In fact, no age group could be better equipped to handle the burden than those raised amid the Great Recession.

HOW DID THIS HAPPEN?

Debt is insidious. Its gradual accrual means it’s hard to anticipate until the damages hit. But by anticipating some of the pitfalls many fall into while accumulating debt, it’s possible to make proactive changes now that can prevent financial constriction later.

The most common form of debt among 18- to 34-year-olds is credit card debt. Forty-six percent of Americans in that age group report credit card debt, compared to 36 percent reporting student loan debt and 34 percent reporting car loan debt. The issue here could be described as false projection or, curiously, a symptom of FOMO (Fear of Missing Out).

According to a recent survey by the group CreditKarma, 40 percent of millennials have spent money they didn’t have in order to keep up with the social life of their peers. There’s not only a social pressure at work, there’s a false dichotomy: If this person can afford to do X, and that person is similar to me in life stage, I should be able to afford X, too. Out comes the credit card.

“It’s easy to assume it’s fine to use debt to support current spending because ‘everyone is doing it,’” says Dr. Sonya Britt-Lutter, a personal financial planner and professor and researcher with Kansas State University. “The same applies to student loans and mortgages. If friends are using student loans to pay for college, it seems rational for us to do that, too. The use of debt cannot be an isolated decision. It is directly tied to current and future income.”

Isolated decisions often are based on emotions rather than common sense or critical thinking. When our primary reason for buying something is how we feel in the moment, that—no surprise here—is when we act our most rash and least logical. We’re thinking about our emotions instead of our values.

Rafael Robert, director of The Love & Money Project at brightpeak financial, attributes this trend to a “culture of enjoy now and pay later.” The world tells us to keep up with our friends, please others and aim for instant gratification, but—again, not a shocker—that’s poor financial planning. Plus, that gratification often never comes at all.

“That culture actually brings us less joy,” Robert says. “Several studies have shown how the principle of ‘pay now and enjoy later’ actually leads to greater happiness. It’s a triple win. You enjoy the anticipation of having the thing you paid for, the thing itself because, being paid, it now feels ‘free,’ and you enjoy not paying for that thing for the next several months or years. So, a cultural shift toward delayed gratification would actually make us a more joyful people.”

So you were leading with your heart instead of your brain. You haggled and made justifications you shouldn’t have and made impulse purchases that are still nipping at the heels of your bank account. A cultural shift, as nice as that sounds, isn’t going to fix your problem. It’s time to make things right.

HOW DO I DIG MY WAY OUT OF HERE?

First off, it’s easy to see debt as evil, but in reality, debt can be a positive thing. Debt enables life-event purchases like a car or a home, things most people aren’t able to pay for in cash. The mindset, then, is to become the master of your debt instead of the alternative.

“A lot of people make debt the devil,” Robert says. “It comes from a good place, but it’s as misguided as saying, ‘Money is the root of all evil’ as opposed to, ‘The love of money is the root of all sorts of evil’ from 1 Timothy. A loan doesn’t inherently have to be bad. It’s just wise to be cautious with how we use debt, and to be honest about our own limitations.”

The key to wising up lies in foresight and communication (two things that might have been absent while your debt piled up). At the same time, you shouldn’t throw out everything you’re excited about in the short-term so you can clear the slate. Aggressive debt management shouldn’t come at the expense of a reasonable quality of life.

For starters, there are some general rules of the road to follow: Pay off your loans with the highest interest rate first so you’re paying the minimal amount in the long run, and if you have extra money, allocate it to paying off debt before savings because debt generally has a higher interest rate than savings.

From there, your actual strategy should fit within your personal means. Britt-Lutter advises budgeting an amount each month you’ll allocate toward debt repayment, but keeping that amount consistent even when a debt is paid off. So if you pay $250 a month to pay off a car loan and you manage to clear that debt, allocate that $250 a month toward your credit card debt next, instead of just banking it for more spending. That keeps you on a consistent monthly budget while maintaining a level of proactivity.

There are short-term, more fast-acting solutions, too. Britt-Lutter is an advocate of “spending diets” as a way to help you save a bit every month. Pick a weekend in which you won’t spend on entertainment, or take a month off from eating out or buying coffee from the morning drive thru.

“A spending diet is just like food dieting,” she says. “It’s hard to stay the course long-term because it’s just not fun. It’s easier to stick to it when you know it’s only temporary. Instead of going to the movies, find a new park you haven’t visited and pack a picnic.”

But it’s important to tap into your psychological needs as well, says Robert. If you can recognize when you feel rewarded or in control when it comes to money, and those are healthy feelings, tap into them so the process of paying off debt is better suited to you. This can free you from commonplace feelings of entrapment or worthlessness that can come from being burdened with debt.

For instance, if you like the gratification of completing a task or tackling things through small, easy-to-accomplish steps, maybe knock out your smaller debts with lower interest before orienting toward the big-picture, high-interest loans. Other people might need a total lockdown to keep themselves accountable.

“Debt causes us to struggle with ‘not-enoughness,’” Robert says. “It’s hard for many folks to embrace abundance and contentment when they’re struggling with debt. The key here is to have a plan to reduce and keep off that debt, then center ourselves in gratitude and generosity not defined by our financial circumstances. There’s not a one-sizefits-all answer. You have to know your story and own it.”

HOW DO I ENSURE I STAY OUT OF DEBT?

Debt management really is like nutrition, and harkening back to Britt-Lutter’s diet comparison, a “crash diet” strategy that takes a short-term extreme approach makes you suitable to relapse. In fact, Britt-Lutter says to expect a stumble.

“Realize that mistakes happen and move on,” she says. “You got out of debt once before, so you can do it again. The key is not feeling shameful and not hiding the issue to where it grows out of control.”

Confront yourself in the moments you do mess up, but then take proactive steps to make sure you don’t do it again. A radical approach needs to be augmented by maintenance plans to support both your budget and lifestyle. Clint Hodgdon, director of financial products and advice at brightpeak financial, encourages keeping a cash reserve to use on unexpected expenses and a general savings fund devoted to future goals like vacations or a car or a home, even if those things aren’t in your explicit plans yet. And of course, when it comes time to use debt, write down your plan to pay it off so you can see if the payments fit into your budget.

Hodgdon puts it simply: “Keeping out of debt requires planning ahead.”
For couples, it also requires communication, Robert says. Couples need to be in agreement about debt strategy before they start wheeling and dealing with the payments.

The solution is to go on a money date. Really. Every six months, sit down with your partner to review and refine your debt strategy together, come to an agreement, and when you do, celebrate with something definitively more date-like. Including trusted friends and partners in accountability-focused, intentional financial conversations is key, too.

“Accountability is critical to sustained success,” Robert says. “Be intentional and have a plan you’re likely to stay on because it fits your life and your story. If you stick with your principles, you’ll find you can continue to live, give and save the way you want today and tomorrow.” 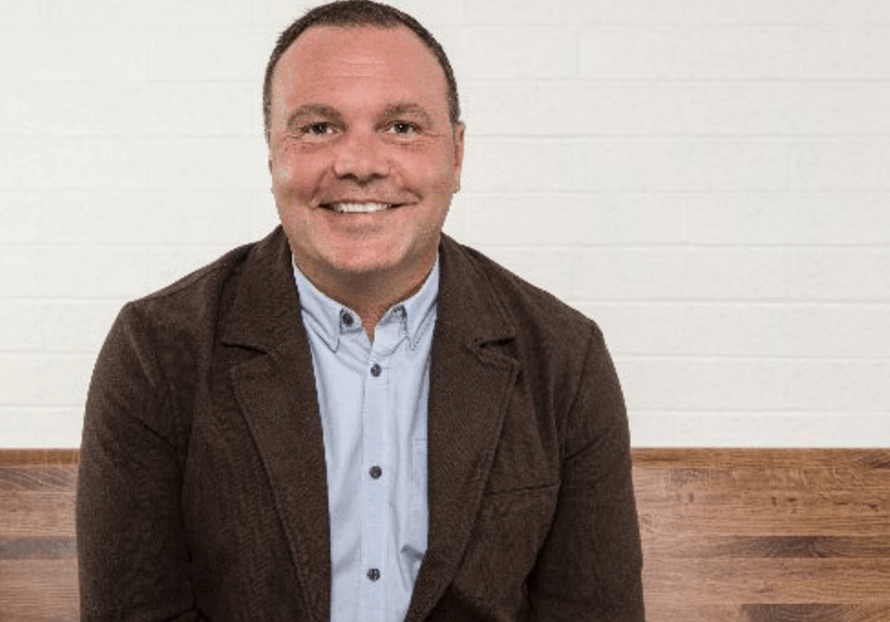 The Racketeering Lawsuit Against Mark Driscoll Has Been Dismissed