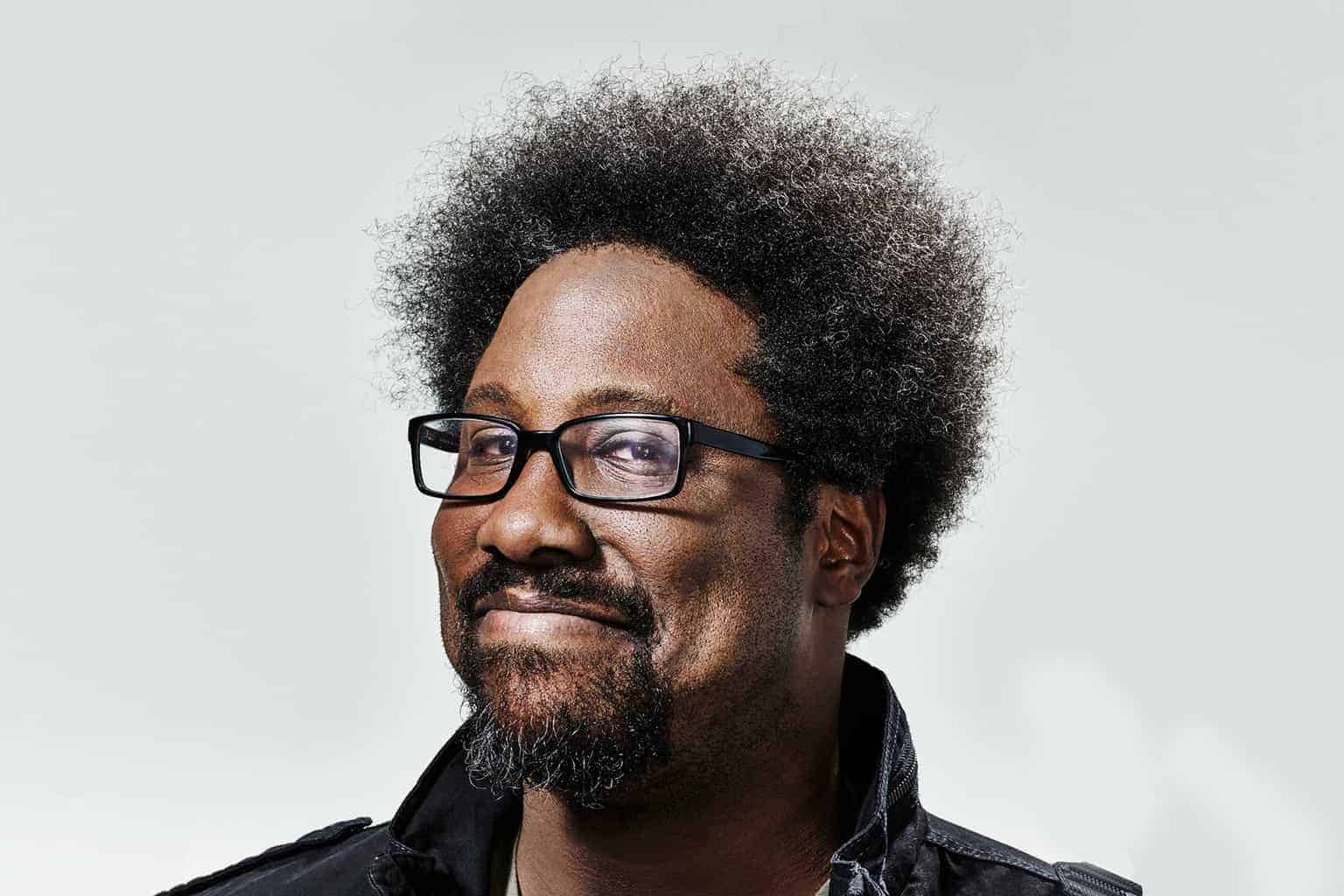 The comedian and United Shades of America host is making sure everyone gets a seat at the table— no exceptions.

TWENTY YEARS AGO, W. Kamau Bell had one of the last conversations he’d ever have with his grandmother. Before she died, she made a simple request of her grandson—who was 25 years old at the time. She told him, ”Be a good boy.”

“I was like, ‘I will, grandma,’” Bell says, looking back. “I think when she told me to be a good boy, that was her telling me to be Christ like.”

His grandmother took faith very seriously. Bell jokes, “At her house we would go to church from 9 a.m. to … I don’t know, Thursday?” But today, all these years later, her simple message is one he still carries with him.

“Before my family and I have meals together, we say grace as I was taught to say,” he says (Bell has two young daughters). “We have a very short prayer that was taught to us by a friend that goes, “God bless everyone, no exceptions. Amen.”

It’s a short prayer, but it’s also a powerful one. Because at its core is a message that Bell not only believes, but has made a career out of expressing through comedy: Everyone deserves a chance to be heard—no exceptions.

A SEAT AT THE TABLE

On the very first episode of Bell’s Emmy Award-winning CNN docu-series United Shades of America, Bell meets with members of “the new KKK.” After witnessing a cross burning and being introduced to members of the hate group, he meets an unmasked member of the Klan at a diner.

The Klansman, with a soda in front of him, casually explains his views on white supremacy and why he supports the KKK. Bell sits across from him, nods to acknowledge he is listening, tells some jokes and graciously challenges him on his hateful ideology—even after the man said he wouldn’t accept a hypothetical invitation to the Bells’ home for dinner because he “likes being around his own kind.”

“I know the power is in not reacting,” Bell says. “If I react, they win. And for me, the power is in sitting in that chair and holding the space.” When the show first aired, Bell says he got criticized from some for the interaction. “I’ve heard people say, ‘How come you didn’t punch him in the face?’” Bell says. “And honestly, there’s nothing about talking to those people that makes me want to punch them in the face, because I’m like, ‘I want everybody to hear what you’re saying.’”

I understand there is a God, I’m past asking, ‘Why do bad things happen to good people?’ I’m past those questions and now it’s more about, ‘What does it mean in my life and for the kind of person I want to be in the world?’

In each episode of the show, Bell visits different areas around the country—from Sikh and Muslim communities, homes for the elderly, Latino neighborhoods, gang headquarters, coal country, Native American reservations and more.

Yes, there are times when he will challenge people’s ideas, but he’s not there to debate them. He’s there to hear what they have to say. Sometimes, like in the incident with the Klansman, it exposes their views, but most of the time, he’s there to listen and to try to understand.

“I’m aware there are only a few super-villains out there in the world,” he says. “There are nowhere near as many as we want to think there are.”

Though Bell’s show is at times heavy and looks at dense, important topics, like everything he does, it’s also really funny. Between segments, his narration—which is spiked with good-natured sarcasm and jokey one-liners—fuels the narrative. It’s the funniest hour of TV you can watch while still getting an education on a topic like Puerto Rico’s relationship with mainland America.

For Bell, humor has always been the best way to understand the world around him.

This summer, Bell’s latest stand-up special, Private School Negro, came out on Netflix. In it, he tackles topics like racial tension, the divisive political climate and how to get along with people who are different from you.

Like United Shades, it’s concerned with a lot of big ideas. However, it’s never preachy. That’s not Bell’s style.

Starting conversations, listening and making
people think is a hallmark of his comedy and his approach to United Shades. It’s an approach that also caused him to rethink something that’s become important to his life and worldview: his faith.

Back in 2012, FX aired the talk show Totally Biased with W. Kamau Bell. Like United Shades, each episode featured a discussion of issues and current events. It was on one of those episodes—in which Bell moderated a debate between an atheist and a Christian— that Bell started to think about his own upbringing in the Church.

“That was one of the biggest things we ever did on the show,” he says, looking back at the episode. “I was also kind of going, ‘Where am I?’ And also, ‘Am I OK? Am I OK with claiming this in public?’ And that’s when I started to claim it in public.”

However, when he was young, Bell says he went through a time of wrestling with the idea of God. “You go through that thing as a teenager, [when] you’re like, ‘Do I believe in God? Am I an atheist?’” he says. “Sometimes saying you’re an atheist sounds like the ‘cool’ thing to say. I’m not speaking for all atheists, I’m just thinking from a teenage version of atheism, and it never sat well with me. … At some point in my adult life, especially having kids, I was very aware that, though I’m not going to church regularly, God still works well for me. I still feel like the God that was put into me as a child is still doing a good job.”

Bell now has no problem talking about his belief in God, even though there are still ideas about religion that he wrestles with.

“I’m not saying I don’t struggle with faith,” he says. “And because I understand there is a God, I’m past asking, ‘Why do bad things happen to good people?’ I’m past those questions and now it’s more about, ‘What does it mean in my life and for the kind of person I want to be in the world?’”

However, even though God is a big part of his life, his faith looks different from the way it did when he was young and constantly spending time around other Christians.

“As an adult, I don’t spend as much time in church,” he says. “But I still am very clear that the things I learned from those places are still inside me.”

When you see his comedy or his show, it becomes clear the lessons he first encountered in the church pew aren’t far below the surface. Yes, he cares about exposing injustice and combating ignorance, but he’s also concerned about listening and actually caring for other people.

And after meeting people around the country, being at the forefront of divisive political debates and seeing the good, the bad and ugly of different ideas, his faith also has created another posture: hope for the future.

At the core of the biting comedy and difficult conversations is a decidedly simple idea: W. Kamau Bell believes the world can be a better place for everyone—no exceptions.