How the Church messed up—and can redeem—its #MeToo moment The Church is in the midst of a #MeToo tidal wave that has taken down some of the United States’ strongest evangelical institutions. The sexual abuse scandals and cover-ups that once, and now again, plagued the Catholic Church, are forcing evangelicals to see a systemic rot hiding behind church walls.

For his dissertation, Wade Mullen, the director of the M.Div. program at Capital Seminary & Graduate School, collected reports of evangelical ministers charged with a crime in order to understand how the organizations respond to crisis. During 2016 and 2017, Mullen found 192 instances of a leader from an influential church or institution being publicly charged with sexual crimes involving a minor, including rape, molestation, battery and child pornography.

A 2007 report from the three largest insurers of American churches and Christian nonprofits showed they received approximately 260 claims of sexual abuse against a minor each year.

Southwestern Baptist Theological Seminary —one of the most influential conservative seminaries in America—fired former president Paige Patterson for years of gross negligence and spiritual abuse in his handling of assault victims. Influential Christian fundamentalist leader Bill Gothard and his organization, Institute in Basic Life Principles, have been accused of systemic spiritual, emotional, and sexual abuse stretching over decades. Sovereign Grace Churches have been accused of failing to properly report sexual assault to the authorities. Recently, Bill Hybels, the founder of Willow Creek Church, has faced allegations of misconduct dating back years from multiple women who have worked at the church.

“The question facing the evangelical church right now is, ‘What are we going to do?’” Boz Tchividjian says. Tchividjian is the founder of Godly Response to Abuse in the Christian Environment (GRACE), an organization that both educates churches in preventing sexual abuse, and performs independent investigations of churches in a crisis.

He says the time for churches to act is now: “We need people who will roll up their sleeves and realize they are called to a true, fundamental, culture change within their churches.”

Repentance is a familiar word for those raised in evangelicalism. And yet, from a 35,000-foot level, many evangelical churches are resisting this core biblical command. In most church scandals, victims like Vonda Dyer, who came forward with stories of misconduct involving Hybels, are labeled liars, dissenters and unreliable voices trying to—in Hybels’ words— “discredit my ministry.” Churches often rush to suppress victims’ voices in an attempt to protect the institution.

As Willow Creek publicly constructed a narrative to protect Hybels, Steve Carter—the lead teaching pastor who had been selected to be co-lead pastor of Willow Creek after Hybels’ retirement—secretly began reaching out to the women accusing him. When these meetings became public, Carter was accused of “switching sides.”

“Meeting with these women felt like a betrayal,” Carter remembers. “I was trying to submit to my elder board, but I had this inkling that there was more than I was being told.”

Dr. Diane Langberg, a practicing therapist with decades of experience working with sexual abuse victims in the Church, says that reactions of churches like Willow Creek are the most common, tragic response to victims’ claims.

“These moments are a disruption of what we want to believe is true,” Langberg says. “We protect our institutions because often, they’re our god.”

It’s not just institutional protection that creates abusive cultures. Rachael Denhollander, who became the face of the survivors of the Larry Nassar/USA Gymnastics scandal, believes twisted theology creates church cultures that enable abuse. Denhollander has become a powerful advocate for the survivors of abusive church institutions and an outspoken critic of several Christian institutions, specifically the Sovereign Grace Churches and its founder C.J. Mahaney.

SGC has been accused of negligence in its handling of sexual and physical abuse survivors, and yet Mahaney has continued to be a celebrated presence within the reformed world. Denhollander believes that many churches become more concerned with protecting the “unity” of the Church rather than fighting for justice.

These moments are a disruption of what we want to believe is true. We protect our institutions because often, they’re our god.

Denhollander believes when a church focuses so much on forgiveness, they ignore justice, they become hostile to any outside help. “The biggest problem in most churches is theological,” Denhollander says. “Churches believe they’re doing the right thing, acting biblically, when in reality they’re creating a toxic environment for the abused. If you bring attention to these errors, they believe they’re being persecuted. They close their ranks tighter. It is tougher to get the Church to do the right thing than even secular institutions, because in churches they believe they’re ‘just being obedient to God.’”

While some Christian circles continue to insist there isn’t a spiritual cancer in churches, others are doing everything they can to eradicate it.

Belmont Church, a 100-plus-year-old church in Nashville, Tennessee, has made a nearly unheard of decision: to bring in an independent investigator to look for abuses they weren’t aware of.

Newly hired executive pastor Ben Stewart, and the rest of Belmont’s pastoral leadership team, watched as scandal after scandal robbed evangelicalism of its cultural trust, and realized something had to be done. Stewart and the team brought in GRACE to do an independent investigation. Stewart said his hope was to make sure there was nothing in their past that was undealt with, and to create a church environment that would be an extremely safe place for the most vulnerable.

“We knew we needed someone who can see things objectively, to make sure we’re doing this the right way,” Stewart says. “The Church in America has been so afraid of ‘being attacked’ by our culture that we cover up anything that doesn’t make us look good.”

“We want to be a safe place for people, both a place for those who have experienced abuse, but also a system that prevents it in our context,” he says.

In many church cultures though, pushing for change can be risky. Grace (whose name has been changed by her request) was only a few months in to her position at her church in Kentucky when she sensed there was a problem bubbling beneath the surface. A woman had told her in confidence that the son of one of the church elders had been accused in the past of inappropriate relationships with teenage girls, but that no charges were ever pressed.

“For me to make this man an issue, and ask what our church was going to
do about it, would affect everyone,” she says. “I wasn’t sure how people would respond.”

Fortunately, Grace’s senior pastor and elder board agreed with her. Through Grace’s leadership, the church created their first official safety policy stating that windows would be installed on every classroom door, and that whenever possible, there would be two teachers for every class. The elder board and Grace also set up specific guidelines with the man, including him not being allowed to lead any small groups for teens or children, as well as going to counseling.

Grace’s compelling story illustrates the power of one voice speaking into a church’s culture.

Tchividjian says members should ask their pastors if the church has a child protection or domestic violence policy. If the answer is no, they should ask the pastor to lead in that area, and offer to help. Organizations like GRACE offer online resources for these topics, and lead presentations that teach ministries how to create a safe environment.

If a church leader is irritated by these questions, that’s a warning sign, Tchividjian says.

“There’s such a fear of being a dissenter or troublemaker, but on this topic you can’t be too intentional,” he says. “You can always be engaged. Protecting the most innocent and powerless in our churches is too important.”

Vonda Dyer wasn’t surprised that Hybels furiously denied the accusations against him. She was surprised, however, that the Willow Creek board defended him during a “family meeting” last March.

“After the family meeting, the evangelical world, even those who were progressives and always talking about how ‘silence isn’t spiritual,’ were just … silent,” she says. “I got the hate letters saying, ‘Hope what you’ve done to Bill happens to you tenfold’ and ‘I hope you die.’”

Tchividjian says what happened to Dyer represents a massive need for survivors of abuse: the need to know they’re not alone. Most survivors have never told anyone about their abuse, and when they do, what most of them need initially is not immediate answers, but the incarnation: fellow Christians who will be there with them, saying they are sorry, and seeking to empathize. For the American evangelical church to change, victims of abuse need to know they are surrounded by loving, compassionate people and are safe and healthy enough to hear their stories.

“We talk about loving and engaging people in the Church, but when we really do it, it creates space for survivors to share the most vulnerable places of their past,” he says.

This sort of welcoming, safe presence can only happen when churches rediscover a commitment to what Dyer calls “the indwelling Christ.” She believes that many churches have subtly shifted their message from “how can I be with Christ” to “what can I do for Him.”

“If we, American evangelicals who have access and influence all around the world, deny what we see happening in our Church, then we give the rest of our country and every other country permission to ignore us.” How to Maintain the Perfect Side Hustle 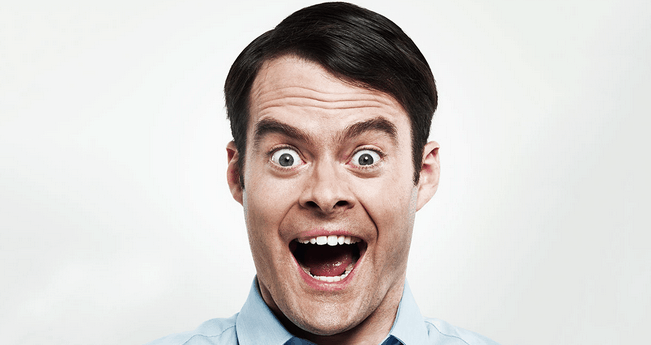 Bill Hader Is Returning to ‘Saturday Night Live’ … as a Host