How faith fuels the life of the busiest man in Hollywood Wahlberg has a few reasons for this, but the overarching theme is that he is a guy who likes to get things done, and you can get a lot done if your day starts early. “I do whatever I need to do to prepare,” he says, his Boston accent traceable but not nearly as pronounced as giggling impressionists would lead you to believe. He’s a hard worker, as is made apparent by everything from his film career to his production roles to his hamburger chain (Wahlburgers) to his famous abs, still taut and tough as pavement 27 years after he debuted them along with the rest of the Funky Bunch. He saw that role, just like everything he’s ever done, as a gift. And if there’s one thing Wahlberg doesn’t want to do, it’s waste a gift.

“I think I realized pretty early on I was very fortunate, you know?” he says. “I had an opportunity, and I didn’t want to do anything to mess it up. So I always wanted to be the most prepared and do the best possible work that I could.”

And that dedication has bled over into everything he does. Not just his movies, his body or his other businesses, but also his roles as a father, a husband and a Christian. It sounds like something celebrities are supposed to say but still, tired though he may be during our conversation, he is never more energized and animated than when talking about his family and his faith.

An onlooker observing Wahlberg’s early years prob- ably would not have picked him for stardom. He got swept up in gang activity in his home neighborhood of Dorchester at an early age, which led to a series of crimes, some of them violent. He spent 45 days of a two-year sentence in jail for attacking two Vietnamese men in 1988.

Wahlberg credits the Church for turning him around. He was raised in a devoutly Catholic home, but it took time for the devoutly part to really sink into his own life. In 2014, he briefly sought a pardon for his assault and battery conviction before backing down following protests from an Asian-American activist group. But during the process of seeking the pardon, he did meet with and receive forgiveness from one of his victims, Hoa Trinh.

You don’t really know how important God is or appreciate God until it’s all you’ve got.

These days, Wahlberg is significantly more disciplined. It’s part of his strict schedule, but also part of his priorities. When asked if it’s difficult to maintain a strong moral and spiritual compass in a place as famously seedy as Hollywood, he scoffs.

Wahlberg’s defensive of Hollywood, and doesn’t really buy that there’s an agenda against people of faith in the industry, despite incessant rumors to the contrary.

“I think I’m allowed to go and do exactly what I want and how I want to do it with my personal life and my spiritual life, as long as I show up on time and do a great job,” he says. “I think L.A. can be a very bad place if you are out at night and getting into all that stuff. So, you know, that’s why I’m getting up in the morning and starting my day off in prayer, going to work out and play golf, coming home and spending time with my family. It’s good weather and it’s pretty nice.”

So, yeah. About that schedule.

As established, Wahlberg rises at 2:30 a.m. and spends his first 15 minutes in prayer.

“It’s just the best way to possibly start the day, you know?” he says. “Everybody is asleep. It’s really quiet.” (It’s worth noting here that Wahlberg says “you know?” a lot. But with him, it doesn’t sound like a verbal filler. It sounds more like he’s making sure you’re keeping up—you’re half inclined to respond with something like “Do I ever!”)

His daily prayers are inspired by a 365-day Filipino devotional book that a friend introduced him to “eight or nine years ago.” Wahlberg loved the gift so much that he asked his wife, model Rhea Durham, to get him another copy of the book for Christmas. She’s gotten it for him every Christmas since. In fact, she buys him two: one for the home nightstand and one to take with him while he travels.

“She knows that’s the one thing that I have to have before the end of the year to be able to start fresh on the first of the year and not miss a day,” Wahlberg says with exceptional pride. “365 days a year in prayer.”

He’s got a system for his prayers too, based on whatever his morning reading inspired in him. “There are so many things that I think about that I pray about,” he says. “Those that are less fortunate, those that don’t have God in their life and then all the responsibilities that I have as a husband, as a father. There are a lot of things that I need help and guidance on. I can lock in on what’s important and what I need to focus on and then, especially, express my gratitude.”

It’s those prayers that set the tone for his day: “Then from there, I just kind of go out and try to conquer the day.”

Bear in mind that at this point, it’s only around 2:45 in the morning. Time for the first of his two 90-minute workouts.

Mark Wahlberg also has two two-hour slots set aside for “family time.” Wahlberg is a father of four, and family has become the central focus of his life. He says these days he’s “much much more focused on succeeding as a servant of God and as a father and a husband and, you know, a family man.”

He explains, “My faith and my family are the most important things. Those things allow me to be successful in all the other things that I’m doing.”

Wahlberg tries to integrate these traits into the characters he plays on screen, saying “every role I play I try to use a little bit of the real me.”

That’s particularly true of Instant Family, the new foster care comedy he co-stars in with Rose Byrne, based on the true story of writer-director Sean Anders’ experience with fostering children. In it, Wahlberg and Byrne play a husband and wife who decide to adopt three children from the foster care system, a spunky 15-year-old and her two young siblings.

“In a time where families are being pulled apart, it’s nice to know that there are people out there that are helping people and trying to connect with people and inviting people and making sure that they feel included in this big kind of extended family,” Wahlberg says.

His enthusiasm for the project transcends the usual dutiful talking points about what an amazing experience the movie was. “I’ll tell you, when people walk out of this movie, they have the biggest smile on their face that you’ve ever seen,” he beams. “I think adoption rates are going to go through the roof.”

Wahlberg is particularly proud of the movie, not just because it’s funny or well-made, but in a way, it’s putting his faith to action. “I think people are go- ing to be compelled to want to go out there and help children in need and think about bringing kids in the foster system into their home,” he says. “There are lot of kids growing up in situations like mine that didn’t have a lot of opportunity. There are a lot of kids that are out there in foster care that need loving, supportive parents.”

Wahlberg’s a big believer in loving, supportive mentors. He has a few of his own—people he relies on to keep him on track that will always give him the “honest truth about what it is I need to be doing.”

“Look,” he says. “A lot of people don’t want to hear it, but it’s important, you know? Even if you are firing on all cylinders, and you think things are going good, sometimes you gotta have somebody who can just be real with you.”

Wahlberg’s got a passion project he’s developing with David O. Russell, the Oscar-winning director Wahlberg’s worked with on movies like The Fighter, Three Kings and I Heart Huckabees. It’s the biopic of Father Stu Long, the boxer-turned-priest who became a be- loved figure around his home in Helena, Montana, who inspired thousands even as a degenerative disease ate away at his muscles. “He really made an impact on a lot of people’s lives,” Wahlberg says. “To the point where they actually tried to campaign for him to become saint.”

This is something that comes up a lot with Wahlberg: making an impact, wanting to be a “positive influence in people’s lives and faith.” Even in regards to his personal life, he wants to leave a legacy of being a hard worker, someone who took nothing for granted. “The most important thing is to have been successful in my service to the community and to the Church and to my family,” he says. “There isn’t anything you can’t accomplish if you are willing to go and do the work. I really believe that.”

Maybe some of this is a result of where Wahlberg came from. Just a guy from a single-parent household in Boston who never graduated, got involved in gangs and drugs and even went to jail. He wasn’t grandfathered into Hollywood royalty like many of his peers. He had to fight for it, and atone for a lot of things along the way. It’s made him very wary of entitlement. “I was very fortunate to get an opportunity,” he says. “And I was going to take full advantage of it and work as hard as I possibly could.

The longer he talks, the less Wahlberg sounds like he woke up at 2:30. He’s guarded, but warm when he talks about his family. He’s blunt and matter-of-fact when talking about his spiritual beliefs (“There’s obviously a connection with people of Christian faith in the audiences,” he says. “People feel that I’m more authentic.”) But there was one moment in which he sounded truly tender, and even a little shy. It was when he related a conversation he’d had with a friend. “He’s a very spiritual guy,” Wahlberg says. “And he always helps me put things in perspective.”

The most important thing is to have been successful in my service to the community and to the Church and to my family.

Wahlberg pauses briefly here. “I’m trying to remember exactly what he said. It was a beautiful thing.”

Finally: “He said, ‘You don’t really know how important God is or appreciate God until it’s all you’ve got.”

He’s got places to be. It’s time to pick his kids up from school, if his schedule is any indication. When he’s at home, his time with them is an item that cannot be budged, and that’s something people who want to work with Wahlberg will have to grow accustomed to. He says his life would be “drastically different” if he was willing to cut corners on his priorities but “I certainly wouldn’t be happy and in the positive, productive place that I am personally.”

And if waking up at 2:30 is what it takes for him to be happy, productive and maintain a healthy perspective on where he’s come from and where he’s going, then in Wahlberg’s mind, so be it.

“I’m pretty beat right now,” he chuckles wearily. “But I got the rest of the day to go.” 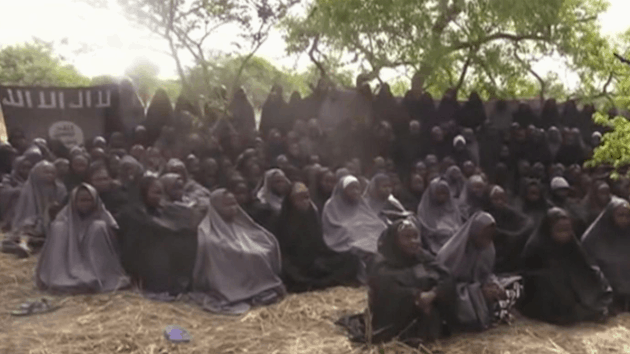 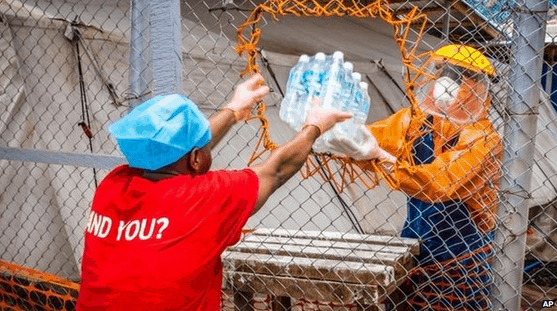