The rise of the new charismatic movement We give testimonies of things we’ve seen happen,” Kristene DiMarco says, discussing common occurrences from her early days at Bethel Church in Redding, California. “Like, limbs growing—people who would walk around with one leg shorter than the other, in a lot of pain. People were getting healed from that. Legs were literally growing out an inch or more right in front of your eyes.”

DiMarco’s voice is excited, but not frantic as she relays her first experiences after
she joined Bethel. She sounds more like a friend telling you about a beautiful meal you missed rather than a magic trick they couldn’t explain.

“When your brain sees something like that, it almost just shuts down, because it has no human way of processing that information,” she says.

She’s talking about early experiences in the charismatic church. She’s a recording artist now—her take on “It Is Well” landed on the Billboard Christian charts—but in 2005, she was new to charismatic theology. Since then, she’s been just one of a growing number of adherents to the new charismatic movement—one that sees the extraordinary as an ordinary part of the Christian life, and outreach to the world outside the Church not as a duty, but as a natural outpouring of the things they’ve seen God do. Even as most Christian denominations in America are seeing precipitous declines in their numbers, the Assemblies of God—the largest charismatic denomination in the United States—is growing. According to the most recent statistics available, the AG grew by 1.4 percent in the space of just a year. And this doesn’t even touch on the charismatic church’s global numbers, which are expected to top one billion by 2050. The Catholic Church is the only other Christian group with those kinds of numbers.

To understand the new charismatic movement, you have to understand the
old one. It stems from the Pentecostal movement of the early 1900s and the ministry of two men in particular. The first was a Midwestern homesteader named Charles F. Parham, who gained a reputation as a spiritual healer after a failed attempt at establishing a school. The second was William J. Seymour, the son of emancipated slaves, who led the famed Azusa Street Revival in California where there were reports of healings, tongues and real-life miracles happening in church. These men were influential, but their beliefs about the supernatural and releasing God’s power in worship services were mostly dismissed by the American Church at large. But it wouldn’t stay fringe for very long.

If the modern charismatic movement had a more official beginning, it’d be in April of 1960, when the rector of St. Mark’s Episcopal Church in Van Nuys, California, a man named Dennis J. Bennett, began telling his congregation about some of his Pentecostal experiences. His personal expression of what it felt like to be, as Pentecostals call it, “baptized by the Holy Spirit,” was so compelling that the rest of his church started to experience it during the service. There were speaking in tongues and healings on a huge scale. Bennett was forced to resign, but word of the dramatic expression of Pentecostalism started to spread rapidly.

It’s the overflow. It’s like, ‘How can I not help?

After the Easter Sunday charismatic revival in Van Nuys, charismatic-leaning churches of all denominations started popping up everywhere—particularly along the West Coast. This is generally regarded as the evangelical charismatic movement or “second wave,” which was further fueled by revivals at churches like Toronto Airport Vineyard and Brownsville Assembly of God. It’s from this era that the Prosperity Gospel, with its justly maligned “name it and claim it” theology, started to appear at some churches.

The third wave of the charismatic movement exists in a post-denominational setting, where signs and wonders are commonplace and an emotional encounter with God is as much a member of the service as anyone else, offering direct revelation through prophecy, visions and miraculous healing.

What’s key to remember is that, in all these waves, “signs and wonders” have remained a central feature. Healing and speaking in tongues were the rule, not the exception, for committed followers of Jesus Christ.

The charismatic movement’s unrivaled American accomplishment is Hillsong United—the worship powerhouse with an enormous global presence, which counts some of Hollywood’s most prominent celebrities among its adherents. Though its services may seem a bit more traditionally evangelical/ nondenominational, with a heavy emphasis on music, its theology has roots in Pentecostalism. (Their statement of faith says that they believe “the Holy Spirit enables us to use spiritual gifts, including speaking in tongues.”)

With Carl Lentz pastoring the New York campus and Ben and Lucille Houston on the West Coast, Hillsong has become shorthand lingo for a certain type of church—cool, non-threatening and influential. Their public brand, star-studded and fashionable as it is, has overshadowed the charismatic theology that actually forms the heart of the church itself.

But to hear members of the modern charismatic movement tell it, signs and wonders are just the beginning. The real work is what happens outside the church service. In fact, while signs and wonders will always be a foundational part of the charismatic movement, a new wave of charismatic churches are now becoming known for miracles of a much different sort. If the first waves of the movement were focused on what was happening inside the church, the new one wants to see how it can do miracles outside of it.

Bethel is and long has been at the forefront of the charismatic movement, both in America and around the world. It’s best known for its vaunted worship music, which counts people like Justin Bieber and Selena Gomez among its fans. There’s also its School of Supernatural Ministry, referred to both affectionately and otherwise as “Christian Hogwarts” in Redding. It’s an unaccredited institution that teaches students how to seek and perform the supernatural.

“If you just crack your Bible open for five seconds you’d know it’s not like we’re parting seas,” says Jenn Johnson. “But I would love to.”

Jenn and her husband Brian co-founded Bethel Music—the worship music arm of Bethel Church. The duo is enthusiastic about the things they’ve seen in church, but their work in the community of Redding is just as much, if not more, a mark of their church.

“It’s the overflow,” says Brian. “It’s like, ‘How can I not help?’ We get such joy as Christians. It’s like buying kids presents. It fills me up.”

Along with constant outreaches, helping the community is a big part of their mission. After recent wildfires, the church gave $1,000 to every family whose home was burned. The church also has large ministries dedicated to international disaster relief, marriage reconciliations, counseling and more. The same ethic holds true at Jesus

Culture, which began as Bethel’s youth group and morphed into a worship conference in 1999, before eventually becoming its own church in Sacramento, California, in 2014. Banning Liebscher, who started out as a youth pastor at Bethel and is now the senior pastor at Jesus Culture, says the charismatic movement is bigger than signs and wonders.

“One of the ways that we look at something is to ask, ‘What is the fruit of this?’” he says. In his experience, people from the charismatic church are showing outward signs of a healthy spiritual life.

At Hillsong, Lentz has been a vocal advocate for fighting racial injustice and reforming immigration. 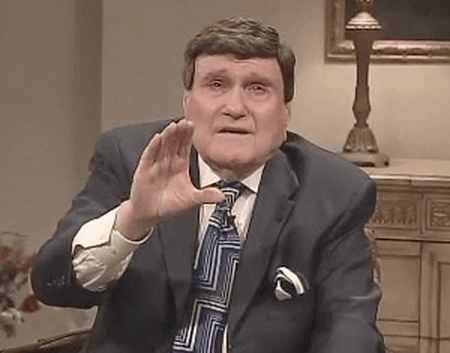 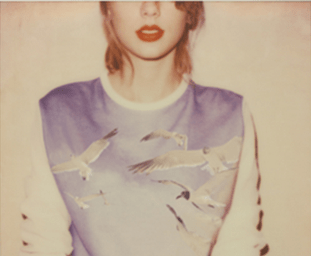 Here’s Taylor Swift’s New Song: ‘Out of the Woods’