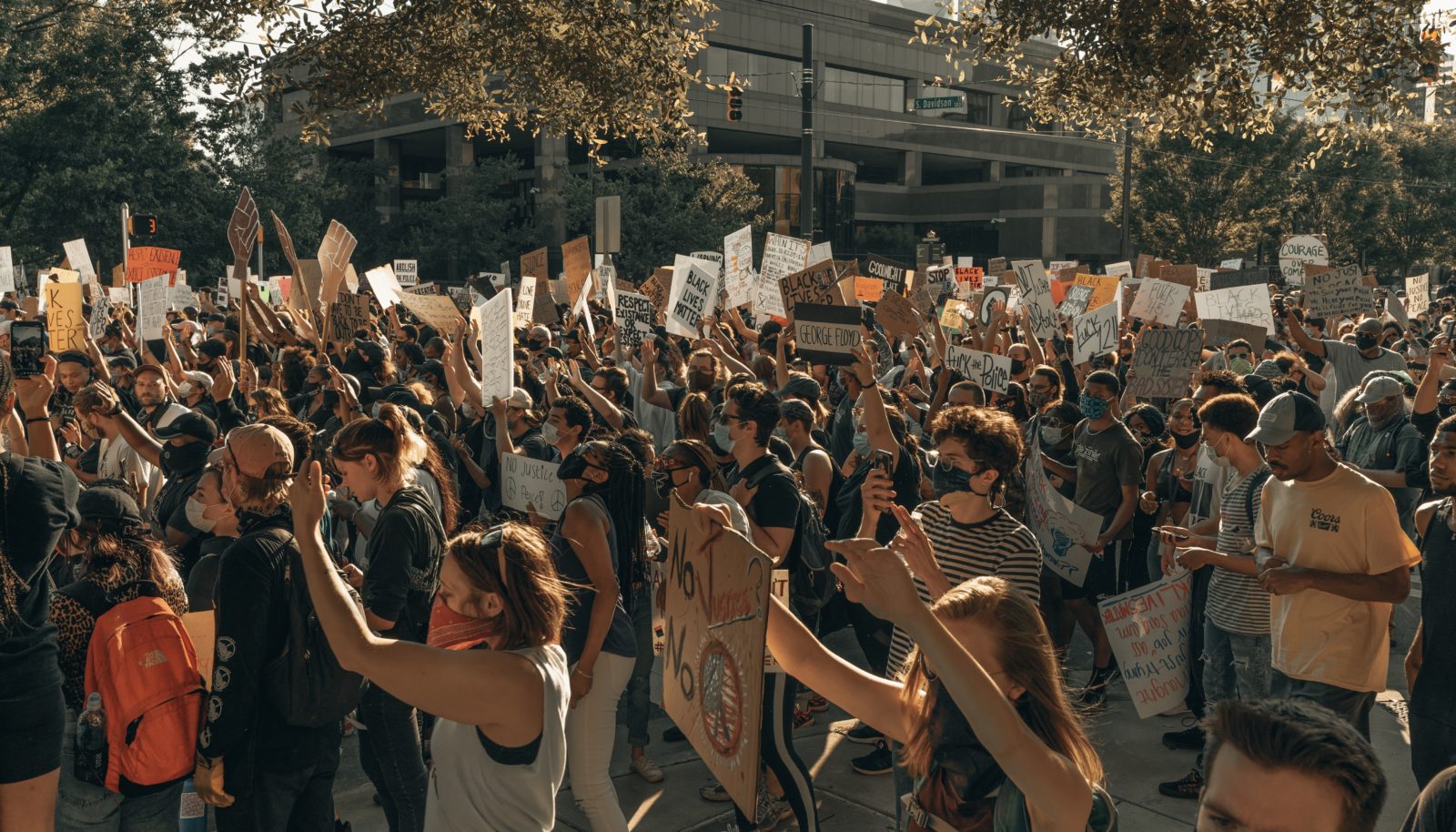 Social justice demands a focus on society’s problems, a necessary concern that conservative Christians have disregarded for centuries. As Spirit-filled, Bible-believing theologian Kenneth Archer puts it, “Social justice is the Spirit’s cry for the poor and the marginalized, for creation polluted and in decay, and for the victimizers and victims. Healing is found in relationship with Christ and his communities and in just societies.”

Throughout the Gospels, Jesus demonstrates love, showing his followers that true love is attending to the needs of others. For instance, Matthew describes Jesus inviting those who are burdened with the hustle and bustle of life to rest in him (Matthew 11:28). Luke depicts Jesus with the sole mission of opening blinded eyes, liberating captives, and lifting oppression (Luke 4:18-19). In John, Jesus includes women and overcomes generations of ethnic factions to show that God seeks out who will simply accept his acceptance (John 4). The Gospels reveal that salvation is about not only reconciling fallen humanity to God, but also caring about others in the throes of life.

In 1963, King delivered his famous “I Have a Dream” speech and referenced the Declaration’s preamble as a “promissory note,” one that America had defaulted on. The speech became a clarion call in the civil rights movement and also for the casual American bystander. It was an admonishment for the nation to drop the wait and see approach and take a look and act approach instead. King’s point reached its crescendo in the speech when he painted a picture of what it would take to satisfy the civil rights movement:

Throughout King’s speech, his associates could be heard in the background affirming him, almost egging him on, in a sense to put the script down and start preaching! Eventually, King went totally off script and began his “I have a Dream” refrain. At that point, King started preaching. The language King used in the above quote was inspired by a biblical view of justice, which echoed the writing of the prophet Amos: “Though you offer Me burnt offerings and your grain offerings, I will not accept them, Nor will I regard your fattened peace offerings. Take away from Me the noise of your songs, For I will not hear the melody of your stringed instruments. But let justice run down like water, And righteousness like a mighty stream” (Amos 5:22-24 NKJV).

The kind of justice Amos refers to in the text is not a legalistic kind, but a holistic one. The prophet is saying that God does not want superficial forms of devotion or sacrifice, but for us to show our true obedience by doing justice. The contrast here is similar to the points King drew on in his speech. For instance, simply removing “For Whites Only” signs would not be enough to satisfy the dream. The signs were offensive, but they didn’t encompass the suffering that people of color endured at the time. King understood the biblical message to be a prophetic call for the fullness of justice. He drew from the wells of Christian resources to rediscover that in Jesus real equality is achievable. This is why King’s speeches and his usage of biblical words and phrases were so powerful.

Christianity is all about social justice. A people once alienated from God are now called to return to him and rediscover their godlikeness through Jesus Christ. A careful read of Scripture and a grasp of historical context reveal how far off base elitist interpretations of the Bible and expressions of Christianity really are. The Bible empowers the powerless and liberates the oppressed through the personal and social saving grace of Jesus. Bible believers are able to become woke by seeing other people the way God sees them made in his image.

I’m reminded of one of the most important lessons I learned and later taught in seminary: It’s both/and. It’s always tempting to bifurcate issues and think of them in binary either/or terms, but in the case of our dual citizenship it’s both/and. We are both citizens of the kingdom of heaven and citizens in the nations and tribes of this world. The image presented by the book of Revelation reminds us powerfully of this fact: “After this I looked, and there before me was a great multitude that no one could count, from every nation, tribe, people and language, standing before the throne and before the Lamb. They were wearing white robes and were holding palm branches in their hands” (Revelation 7:9).

Notice here that the multitude is both from every nation and standing before the throne. This affirmation of worldly identity assures us that we can all come together and be the church despite our differences. The church, as God intends, consists of people of all nations, cultures, and languages. It is not—nor does it belong to—any one nation, culture, and language. In the church, we have the opportunity to experience that completeness of color, a united front with anyone and everyone facing the throne of God. How can we face the throne of God when we have not learned that God is a God of diversity?

So what does identity have to do with social justice? Once we sort out our identity, we won’t face confusion about whose justice we’re pursuing. Once we acknowledge that we’re all children of God made in his image, we will come to see that an injustice upon one of us is an injustice upon all of us. That’s what social justice really means. Without taking into consideration a biblical view of identity, social justice projects will become corrupted by the agendas and politics of the world. If our identity is based entirely on a single tribe or ideology rather than a biblical one, our view of justice will follow suit.

The answer isn’t to disregard our contextual gifts from birth, such as ethnic and cultural identities, but rather to acknowledge it wholeheartedly, and surrender it as a gift among many. Our full identity is in community with all of God’s people. Together, we are God’s image!

Black Lives Matter: No, We’re Not Trying to ‘Destroy Christianity’