His false statement rang in my ear like a noisy gong, and then hung in the air like smoke, waiting to be cleared away. I wasn’t exactly sure how this conversation had started, but one thing led to another and I here I was with this visitor and a small group of men and women discussing the existence of depression among Christians.

It would have been a hard conversation for anyone to have, but for me, it was even harder still.  Because little did this visitor know that I was only now emerging from the terrible pit of depression myself. Little did he know that for me, this conversation was personal, because I felt like I’d just been to hell and back. Little did he know that my heart had wrestled and my body had collapsed under the pressure of depression.

As a counselor, this was a conversation I was glad to be a part of. For over a decade, I’ve worked with men, women, children and teens struggling with mild to severe depression. I’ve seen firsthand the pain and paralysis it can bring. But I’ve also experienced it in my own life. I know the sinking quicksand that can drain your body, burden your heart and eat away at your mind.

It breaks my heart to hear the myths and lies that Christians believe about depression and the shame that can be felt surrounding this topic. As I’ve interacted with more and more people on this topic, I’ve noticed that there are a few false ideas that continue to be perpetuated among believers:

Depression is a Faith Issue.

Like the visitor had falsely said many Christians buy into the idea that “True believers don’t suffer from depression.”

I think this is the worst of all the lies, because not only is it false, but it’s antithesis of the entire message of Christ. As believers, we are never promised a pain-free, disease-free, struggle-free life. But we are promised a Savior, A Comfortor and a Friend.

I look back at the hardest moments I have faced with depression and I see Jesus right by my side. I remember crying out one night and feeling all alone, and just then, God’s presence overwhelmed me in that moment, just when I needed it the most.

Depression has nothing to do with a lack of faith. In fact, for me, it has been the catalyst for even deeper faith. Because some days, in the hardest moments, faith was the only thing I had.

Depression Can be Prayed Away.

I prayed more during the days and months when my depression was worst than I ever did in my entire life. But my depression didn’t magically disappear.

I believe in prayer, and I believe in a God who can heal all things—in fact, I genuinely believe it was His hand that lifted my depression. But freedom from depression requires prayer and treatment. Whether in the form of support, therapy or medication, as believers we have to have a “next steps” approach as we interact with people struggling with depression.

God has given us wisdom, and loads of research, to help us understand the multi-faceted disease of depression. It’s time for us to pray—but to also be prepared.

Just as we would never shame a cancer patient or a diabetic for their hurting bodies, we need to shift our perspective to see depression as a struggle of the body.  Only then will we be able to treat it in a proper way.

Depression is a disease of the body that in turn impacts our emotions, our thoughts and even our spirit. There are many causes to depression, and whether it’s rooted in trauma, hormones or stress, it almost always affects our body.

Our perspective of Depression needs to change so that we can learn to embrace and support those in it, instead of pushing them away.

Depression Shouldn’t Be Talked About.

Though I still see hints of this myth among Christians, I am grateful to see this myth slowly dying in the Church.  There is no shame in feeling depressed, and we should learn to talk about it, preach about it and sing about it when it’s all said and done.

Scripture is filled with passages of men and women who have struggled through the pit of depression and their response was to cry out! Crying out is always the first step to healing—because depression is a disease that thrives in isolation. It wants to pull us into the prison of loneliness, where it can break us down in weakness.

By talking about depression, we slowly begin loosening its grip—allowing us to move in the direction of treatment, support and healing.

My deepest prayer is that as a body of believers, our attitudes would shift and our hearts would change as we work through this important issue. May we create an environment where we embrace those who are struggling and in pain rather than push them away. May we learn to be transparent—but more so, to accept the transparency of those around us.

Because at the end of the day, our weakness will always, always point us to the one who can make us strong. And isn’t that what Christianity is really about?

This article was originally published at truelovedates.com. 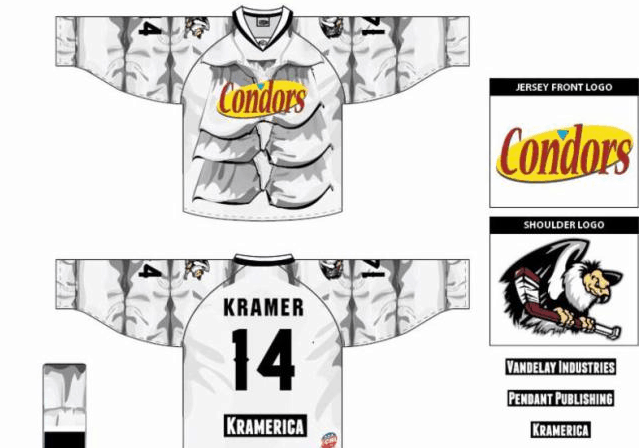 In Honor of the Seinfeld Anniversary, a Pro Hockey Team Will Wear Puffy Shirts