At this point in your life, you’re probably aware of many of your weaknesses and bad habits. Perhaps you’ve resolved to change before, only to fall back into them. You’re not the only one.

If you believe in original sin, you know we are all inherently sick. But we’re not without hope—that’s the whole point of the Gospel. God’s working in our lives, even when it’s hard to see.

In this life, our options are either to be a sick person denying help or a person in remission. To get into and stay in remission is to actively seek the remedy to our self destruction. The difference is often simply acknowledging the work to be done. One of the keys to being a happier, healthier person is simply becoming more self-aware.

Healthy, happy people are not perfect, but they make a daily effort to be better than they have been. I’m talking about operating in the conviction of sin, a humble heart and a joy found in knowing there is grace. Some of this comes in the form of learning new, better habits and attitudes. And what better time to work on implementing new habits than the start of a new year?

1. Leave the House Without Your Cell Phone

Literally. Not on airplane mode. Not on silent. Try just leaving it home.

Oddly enough, the human desire for connection has made us dependent on a machine. Most of us can’t stand in a line up for 30 seconds without checking our email or social media. Our desire for constant connection often disconnects us from our surroundings and makes us insecure when we feel alone.

But being alone is not proof of lack of value. And being constantly plugged in does not necessarily increase the impact of our lives on the world around us. Christians especially need to remember that our cell phones are not our lifeline— prayer is.

2. Accept Compliments With a Simple “Thank You”

Especially in churches, there’s often a culture of false humility, where acknowledging achievement is viewed as prideful or self-serving. But taking a compliment does not make you prideful.

We all desperately pursue affirmation (#selfie), but when we are given a compliment, we often deny it. Or we quickly dismiss it and offer a quick, surface-level compliment in return. Yuck. People don’t appreciate being dismissed when they’re sincerely trying to encourage you. And they also don’t want your cheap return compliments.

Don’t treat other people like liars when they say something good about you. Let yourself feel affirmed. Start by simply saying “Thank you.” You’ll be surprised by how good it feels and how your receptivity makes others feel valued in return. It also combats the lies we are told about who we are.

3. Seek the Root of Conflict

Have you ever been triggered by something that was seemingly random or menial? Does it ever seem trivial when you looked back on it? Do you get in arguments over things you never realized lit a passion in you?

Rather than blaming the person or situation that set you off, seek out the real root of the problem. Often, the real issue usually isn’t even the problem at hand. Most of us have hurts in our past that made us believe a lie or negative idea about ourselves. We live our lives with these concepts mostly buried, until someone or something suddenly digs up the wound. Then we are suddenly overcome by a fear or hurt we had been ignoring.

Taking time to reflect on our feeling and the root issues makes us aware of what we are really upset about, rather than projecting hurt onto an unrelated situation or person. This creates a more effective approach to conflict.

No one likes a person who constantly makes excuses. Refusing to admit you are wrong does not make you any more right. “To err is human”— if you aren’t wrong sometimes, its time to call the mothership to pick you up.

There is such power in being willing to admit you messed up or had your facts wrong. It’s another way to show yourself and display to others that your value does not come from an (impossible) infallible nature.

“To forgive is divine” has a lot of meaning to it. It rings of the attribution of true forgiveness is that offered by God—but also the importance of forgiveness in our own lives. This brings us back to letting go of guilt. We will mess up, we will be wrong, and we find freedom in forgiveness—which can only be given after an admission of guilt.

5. Let Go of Your Guilt and Shame

Stop hanging onto and replaying your mistakes. As Christians, we are invited to take sin and guilt to the cross and leave them there. Yet, so many Christians are too busy navel-gazing to let go of their condemnation—even when standing at the foot of the Cross.

Real faith is repenting and believing you are forgiven—and then acting like it. The Bible never commands us to repent and then beat ourselves up for a while. We are not our own—or one another’s judge—so it’s not healthy to act like we can determine our own righteousness.

Understanding that we are not the ultimate power is a real display of humility and will make it a lot easier to find joy despite our imperfections.

Life only moves in one direction, and that direction is forward. May you find the new year full of possibilities, of revelations of identity, and void of the insecurities robbing you of a happy, healthy life.

Timessa is 25 years old. She was was raised on the snowy prairies but now lives on the West Coast of Canada. Some of her favorite things are strong coffee, fresh flowers, the rain and Instagram (@timessa_lynn). She sporadically posts on her blog, Consonants and Vowels and hopes to someday own an English Bulldog whom she will name Mr. Pickles. 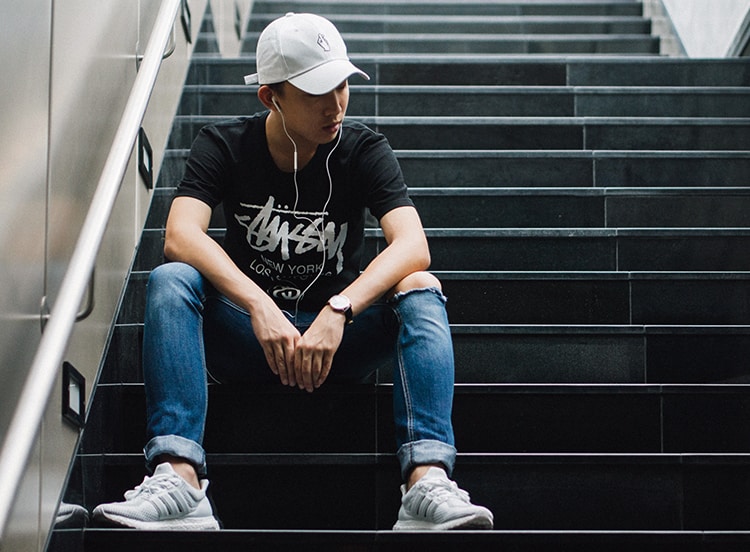 When Is it OK to End a Friendship?