We are meant to know the truth. Especially if you are a follower of Jesus. It might not be easy. It might force us to change our perspective or some of the ways we live. It might not always be what we want, but it’s what we need.

Our culture feeds us plenty of lies. And many of us have accepted them for years. The Church has even been shaped by these lies. And it’s time to expose them.

So, here are a few of the lies American culture feeds us every day:

1. You Can Be Anything You Want to Be.

I remember growing up watching Michael Jordan. Everyone wanted to “be like Mike.” And why not? Who doesn’t want to dunk from the free throw line? Gatorade created a genius tagline. But they also created an enormous lie.

Americans believe this lie because it speaks to the core of American ideals. America does afford people opportunities that other countries do not. That is something to be thankful for. But this value creates the lie many believe every day. We tell people that if they work harder and never give up, they can be anything they want to be.

Most of us realize this is false by the time we reach adulthood. There are many things we could work hard to achieve and never actually achieve.

The truth is every person has a unique set of talents and abilities.

You can’t be anything you want to be. But this is a good thing. It frees you up to be the man or woman God has called you to be.

2. Your Actions Have No Bearing on Anybody Else.

No man is an island. Sin has consequences that reach beyond the individual into the community of people around you.

Your actions are affecting others. Maybe not in the moment. Maybe not tomorrow. But eventually it will happen.

3. There is Only One Road You Can Take.

God has a plan for your life. But this idea that there is only one road in life is false. It is no where in Scripture. It is everywhere in culture.

I have witnessed this too many times. A college graduate is torn between two choices. They worry, make pros and cons lists, maybe they ask God for clarity. And inherent in this response is the notion that God only has one set road for your life and whether you choose the right one is directly dependent on your ability to seek Him.

If this is true, then I am terrible at seeking the Lord. There have been many times in my life when I was presented with multiple options. And all of them appeared viable. So I prayed to God for clarity. Cue the Jeopardy music. I waited. And waited. And waited. No sign. No clarity. Well, what now? Was I not praying hard enough? Did I choose the wrong road?

God’s plan for our lives is not always linear. This is a Western mindset, not a Biblical one. God’s direction can include branches and offsets. The path to the final destination can be achieved more than one way.

God’s design for your life is for you to seek Him with all of your heart. When you get to a fork in the road, pray about it and then just choose a road. Stop wasting months. Stop waiting on “clarity.” Stop agonizing over whether you chose the “right” road. Just choose a road. If you are seeking the Lord, there is no wrong road.

4. Individualism is a Noble Pursuit.

Richard Koch said,“If there is one defining quality of the West, it is individualism.” It’s sad, but true. Individualism makes the claim you and I should not be dependent on any other person. You take care of you.

Often, the Western Church is not much different. It is almost frowned upon to be dependent upon something or someone other than yourself. We might not directly say it, but we sometimes believe it: “Who cares if Jesus said stuff about losing your life? Who cares about all of that radical sacrifice stuff? God gave you a brain, He expects you to use it.”

Translation: God thinks logically. He would never expect you to make a decision that flies in the face of self-reliance. Don’t sell your house. Don’t give your savings to feed the hungry. Don’t move into the inner city. It is dangerous there.

Tragically, Christianity in America often confuses faith in God with just faith in self with some Godly values attached. Dependence on self and faith in God are mutually exclusive. Choose a side. But don’t choose both. To choose both is to choose neither.

American culture is filled with exhausted men and women. Depression is at an astronomically high rate. So is anxiety. Why? At least in part because we have a culture that says if every hour is not filled with something, you are lazy or unproductive.

This rubs hard against the ways and rhythms of Jesus. To Jesus, Sabbath and retreating were as integral to His mission as engaging, healing and teaching.

If we learn anything from Jesus, we learn this: Productivity is not achieved without a constant rhythm of engage and retreat. This culture doesn’t need busier people. This culture needs more productive people. It needs more people who follow the way of Jesus.

Retreating is not an insignificant activity. It might just be the most productive part of our week.

An earlier version of this article was published at frankpowell.me 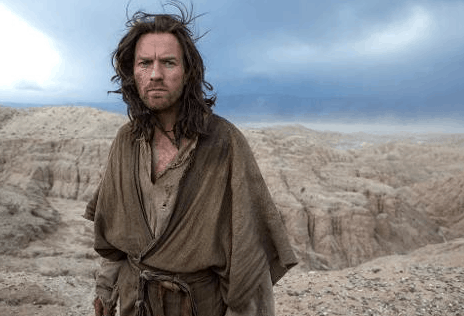 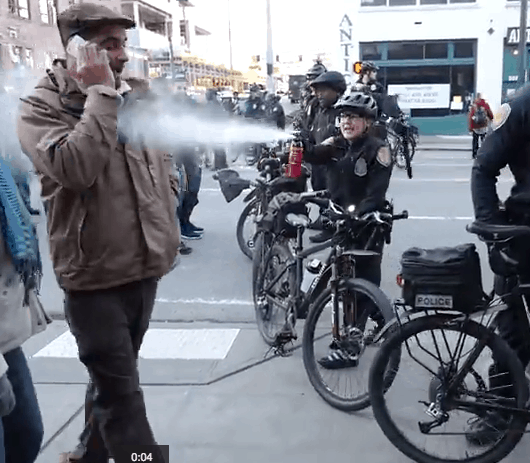 Why Did Seattle Police Pepper Spray This Guy?