Long ago (in the days before SnapChat, Buzzfeed, and Leonardo DiCaprio), making plans—and breaking them—required effort, commitment and dedication. You had to craft plans days, weeks, months in advance, and you had to show up for them. There wasn’t an easy way to break it to a friend that you couldn’t make it. You would have to send a telegram, write a letter or call a landline (gasp). This, I’m sure, was both frustrating and rewarding. It was probably a hassle to make plans, but at least you knew well in advance if somebody was going to break them.

In general, our generation today isn’t particularly adept at making commitments. Whether it’s to relationships, dinner dates or even church, we increasingly live in a world of commitaphobes. Or at least people who know how to text “Sorry! Can’t make it!” pretty quickly. And that’s not to say we’re not fastidious about at gluing ourselves to projects and people and places when we feel like it, but a lot of things have made it easier for us to, well, flake. So why are there some things we are willing to commit to and other things we run from?

For one, this generation of workers is obsessed with being a generation of workers. We’re good at being devoted to our jobs, sometimes maybe too good. It’s a lot harder to dip out on a day at the office than it is on plans with friends; that’s for sure. It’s the same when it comes to bailing on work obligations, like a meeting with the boss or a conference call for your company. And we’re certainly not going to hesitate to commit to a lunch date that could catapult our career into our dream job.

But what about the rest of our lives? What are the things we find ourselves bailing on? What warrants an excuse instead of a follow through, and warrants a text instead of a phone call?

Plans With Friends
This would be an easy place to curse the smartphone. And sure, it’s partially the phone’s fault. It’s easier than ever to break plans because we don’t have to deal with the shame or embarrassment of actually seeing the person’s reaction. All it takes is a little clickety clack clack of your thumbs and BAM! You’re out of your plans. No problem. And it happens so often that it has stopped even seeming like a big deal. The excuses (or reasoning) vary: Maybe you’re totally exhausted. Maybe something came up. And it’s an emergency. Involving your grandma. And a jet. And some tigers. But when breaking plans starts to trump making friends, it’s time to reevaluate, right?

Church
Too tired? Too early? Too late? Too long? Too boring? There’s a bazillion reasons, and believe me, I’ve used all of them (and still do.) The particularly easy thing about flaking on church is that it so quickly becomes habit. And unlike flaking on friends, church won’t start hating you if you stop showing up. It’s a slippery slope, this one.

Dates
Sometimes it’s easier to just call and cancel than face the potential awkwardness that dates can hold. The last time I tried to get out of a date involved a few desperate phone calls while I was walking to the restaurant. How awful is that? This guy was in his car on the way to meet me, and I was still trying to figure out how to get out of it. Instead of just declining the invitation in the first place, I didn’t have the courage to turn him down, and in the end I didn’t have the courage to flake either. Even though I tried.

Anything We Think Won’t Be Super Fun
There are so many events that fall into this category, and they’re the easiest to bail on. Sure, it’s not hard to follow through on going to a friend’s hip housewarming party, where you will be comfortable and know most of those in attendance. But then there are the sort of events that maybe you never were really excited about in the first place. Maybe it’s a baby shower (yeah, sorry), maybe it’s a gender reveal party (don’t ask), or maybe it’s just something you promised you’d go to with a friend for moral support. Because our generation has access to everything all the time, we hate the idea of doing something we don’t feel like doing. We’re always waiting for something better, and a lot of times we’re willing to ditch our former plans if something more exciting comes along. Instead of enjoying where we are and reaching out to those around us, we stand in a corner, shooting off texts to friends, hoping our phones will buzz and give us a good excuse to leave.

Whether it’s a party or an appointment or a wedding shower for a friend of a friend of a friend, it’s easy to only focus on what you feel like doing when making plans. But with so many options at our fingertips and ourselves seemingly at the center of it all, maybe it’s time we ask ourselves what we’ve been bailing on?

How to Fuel Your Passion For Change 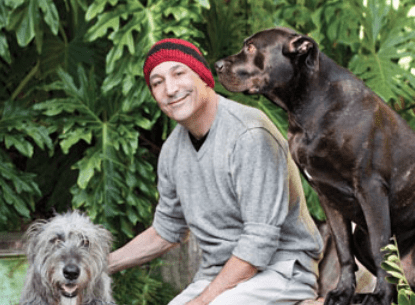