But I implore you, as someone with gasoline-soaked hands, do not burn many bridges. Your industry is a lot smaller than you think. You are going to continue to run into the same group of people over and over again.

In a moment of frustration, you will raise the gas can high. You will throw caution to the wind in reaction to a disrespectful boss, company or inanimate object like the printer. “Farewell, foes,” you say, throwing a match on a bridge you plan to never see again.

And yet, boomerangs return. Good ones and bad ones. You will work with some of the people you singed again. You will see them at industry events. They will be called by future employers for recommendations. They will be friends of other employers. You are not done with those relationships.

Some bridges need to be closed. They’re toxic and harmful. You didn’t light them on fire, you simply walked away from them and ended the relationship. But I swear, the fewer bridges you can burn in your career, the better. It’s hard to build new relationships if you’ve got some old ones in the vault that are still smoldering.

Leave Jobs with One Finger Raised High: Your Thumb

When I left my first job at Details Communications, I left like they had deeply offended me. I embraced the new American Dream, I quit. I didn’t just quit, I escaped! I broke free of the shackles of employment. Hurrah! Take that, day job!

The only problem is that Details was really kind to me. They actually gave me a goodbye lunch. And while I worked there, get this: They gave me a paycheck. Every two weeks. Like clockwork.

But when I left with that attitude, I lit the bridge on fire.

You too will leave a job. That is going to happen. Maybe soon. When you do, make sure you leave with one finger raised high: your thumb. As in, “Thumbs‑up guys. Thanks for letting me work here. I’m off to a different adventure, but you guys are awesome.”

I know it’s tempting to squeal out of the parking lot with a completely different finger raised, but that temporary good feeling you experience is not worth all the long-term relationships you lose by doing that. I know that’s easier said than done. There are some bad jobs out there with bad bosses and bad coffee. I’m not asking you to be fake and give long, deep hugs to people who spent the previous day verbally assaulting you. You don’t need to make some wedding-level toast as you leave, mourning that you have to be whisked away from such an amazing environment.

Don’t lie. Don’t be fake. That’s why it’s just a thumb. One thumb up. The more you can do that, the more relationships you’ll leave intact behind you and the less bitterness you’ll bring with you.

Keep Your Matches Away from Digital Bridges Too

If you currently have a job, do not talk bad about the company you work for online. Your boss will see it. If your boss doesn’t see it, a co-worker will. They will invite you to join the “We hate our jobs club” at your company, which is the worst club to join if you want a great career.

If your boss and co-worker don’t see it, other potential employers will. How do I know? Because you’re going to get new job opportunities from places you least expect. Like casual relationships that follow you on Twitter. No one sees your whining about your job and thinks, “We gotta get some of that at this company. The vitriol is off the charts! Imagine what our team could do if we got a hold of that cancer!”

Worst of all, digital bridges burn forever. Delete a tweet, remove a photo, it doesn’t matter. The Internet never forgets, and the fire you started will continue on some server you don’t have access to.

If you just left a job, don’t do any social media gloating either. Don’t passive-aggressively post photos about how you’re so happy to be at a better job where people appreciate you.

What if You’ve Already Burned Some Bridges?

Leaving a job is an imperfect art form of which I have achieved finger-painting level. No matter how well you leave it, there are bound to be some hurt feelings, which, again, you have no control over.

But what about the bridges you did burn? Through immaturity, arrogance or anger? What about the times you did indeed bow out with one finger raised but it was not the thumb? What then?

Not because it will perfectly repair the bridge. Not because you expect them to apologize in return for whatever wrong they did. Not with any expectation. Apologize because it’s the only way to get the soot off of your hands. It need not be complicated; in most cases an email will suffice.

I’ve written a few of those and they are never fun. I’ve sent handwritten notes as well, because they tend to mean more to people and they remove the pressure from the other person of feeling like they have to respond. They don’t. One boss I apologized to forgave me. One boss used my apologetic email as a way to reply with additional criticisms.

I prefer the former, but neither response was really my goal. An apology was. And I accomplished that.

Excerpted from Do Over: Rescue Monday, Reinvent Your Work, and Never Get Stuck, in agreement with Portfolio, an imprint of Penguin Publishing Group, a division of Penguin Random House LLC. Copyright © Jonathan Acuff, 2015. 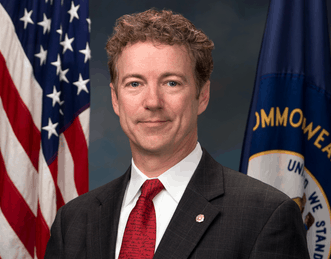 Rand Paul Has Announced He Is Running for President 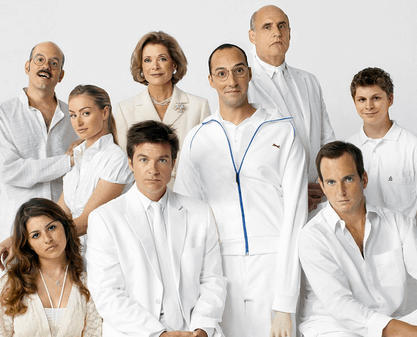 17 More Episodes of ‘Arrested Development’ Are Coming to Netflix