I have a friend who works at a church as a worship leader. He had a dream to start a blog and teach other worship leaders what he was learning at his church. So he designed a website and began writing.

I got the privilege of seeing the blog from its genesis—watching its evolution and contributing my advice occasionally. I got to see the blog start to make an impact on people.

It wasn’t long, though, before he started getting criticism. Worse, the criticism was from some of his former pastors—people he still looked to for spiritual guidance.

One of them gave him a call and said, “You aren’t an expert. You’re still learning. Isn’t it a bit arrogant to write as if you know everything? I think you should shut down the blog.” My friend was devastated.

He wasn’t doing anything wrong. There was a valid need for a blog like his, and he chose to fill that need. The blog didn’t share any dirty secrets or spread any controversy. The whole point of the blog was to help other worship leaders lead people better.

But the accusation of arrogance nearly wrecked the whole thing for my friend. He wanted to achieve a dream he had, but he also didn’t want to disappoint this leader in his life. He certainly didn’t want to be arrogant.

That sort of accusation isn’t uncommon. If you plan to boldly follow the dream God’s given you, you’ll probably hear that allegation. You’ll either hear it from someone close to you—who knows where you come from and what qualifications you lack. Or worse, you’ll hear it from the voice inside your head. You’ll hear a voice screaming, “Be humble! Abandon your dream!”

It’s unfortunate; I think many of us have a faulty notion of what humility means. I don’t think anyone explicitly told me this, but I grew up believing humility meant pretending I wasn’t good anything.

It meant keeping my opinion quiet.

It meant sitting in the back of the classroom and not showing off if I knew the answer to the teacher’s question.

It meant brushing off a compliment from someone and giving all the credit to someone else or “to God”—because He gave me my talents. (And yes, there is truth in this statement. But that doesn’t mean you can’t accept compliments.)

I confused humility with self-deprecation. I thought putting myself down and pretending I had nothing to offer meant I was being a humble man.

But that isn’t humility. Take a look at one of the most humble men in the Bible. Numbers 12:3 says, “Now Moses was very humble—more humble than any other person on earth.” Moses set the bar on the humility front. Yet he also delivered the entire nation of Israel out of Egyptian slavery (with the help of quite a bit of divine intervention). How did he approach this surprisingly bold plan while remaining humble? We see a few things he did that we can learn from.

Moses was accused of arrogance, but didn’t let it dissuade him.

Miriam and Aaron got upset with Moses’ boldness. They thought Moses was being arrogant, thinking the Lord only spoke through him. (Numbers 12:2) Moses didn’t defend himself though. He didn’t answer their accusation of arrogance. God answered for him.

Moses brought others into his plan.

Before Moses even talked to the Israelites to tell them the plan for deliverance from Pharaoh, he enlisted his brother Aaron’s help. He knew Aaron had great skills in public speaking—something Moses lacked. Instead of Moses shouldering the whole burden of this dream for deliverance, Aaron helped him out. And the plan succeeded.

Moses recognized his weakness, but pursued the dream anyways.

Who was Moses that he should deliver the people of Israel? He hadn’t even really grown up with them; he was an adopted grandson of an Egyptian politician. He certainly wasn’t good at speaking or leading. He was even a murderer. He shouldn’t have been the one to pursue this plan. But God had given this plan to Moses—no one else. So Moses was the one to pursue the dream.

When we look at the life of Moses, we see humility isn’t bashfulness. It isn’t self-deprecation. It isn’t about ignoring your strengths (or weaknesses). Humility doesn’t mean you can’t be confident. True humility is understanding where your confidence comes from—and that confidence should come from your identity in God.

You can be bold and humble at the same time. It isn’t pride or arrogance to attack your dream and acknowledge you’re qualified to do so.

In Isaiah, God tells us this:

“Your own ears will hear him. Right behind you a voice will say, ‘This is the way you should go,’ whether to the right or to the left” (Isaiah 30:21).

You need to keep moving forward. Keep pursuing your dream. If you veer off the road into arrogance or into something you shouldn’t be doing, let God tell you. He can gently direct you to get back on the right road.

Don’t let a false understanding of humility dissuade you from your dream. Don’t let others’ accusations derail you. Instead, look to God. Be bold and be confident—knowing where your confidence comes from. 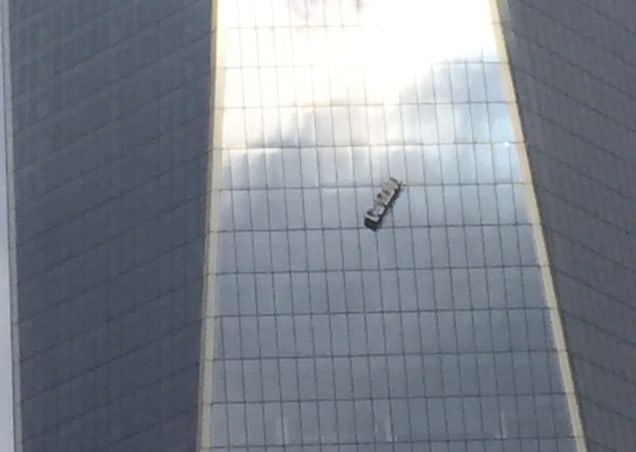