Your friend’s father has just died. Your sister’s husband has cheated on her. Another friend is reeling from being raped six years ago. People often ask me: What is the right way—the Christian way—to respond? We want to say and do the right thing, but we’re not sure how.

I have a post-graduate qualification in counseling, so I know a fair amount of psychology and counseling philosophy. I have been a paid Christian minister for over a decade, and a lecturer of Biblical Theology. I have also experienced suffering: I have spent the last three years housebound, mainly in bed, from a severe autoimmune illness.

But nothing in my experience or training is as useful as this simple verse: “Rejoice with those who rejoice, and weep with those who weep.” (Romans 12:15 NASB) The Bible gives us a dummy’s guide to compassion and pastoral care in two simple steps:

Weep with those who weep

It’s hard to be chronically ill. There have been times where I have wept in despair at the loss of my freedom and the terror of never getting better.

One time, we had a couple round for dinner who were also church leaders. They were discussing all the exciting things God had been doing in their community, and I snapped.

It felt like I had just confessed to being the worst Christian in the world.

My friends put down their forks, and there was a brief silence. Then the wife looked at me, and said this: “We were discussing your illness in the car on the way here, and I said, ‘It’s not right. This is the time of your life when you should be free to play with your little boy, not stuck in bed, alone. It’s not right.'”

It’s not right. Those three words were so freeing to me. I wept, there and then. Her words had unlocked the sadness and confusion I felt and had given me permission to feel them. I looked up at my friends, and they both had tears in their eyes. In that moment, I had such an awareness of the love of God. In that moment, their reaction was “God with me.”

Compassion literally means “suffering with.” It means that we look people in the eye and enter into their world and their emotions, just for that time. When we weep with others, we share their burden.

She could have said, “Well, you need to learn to rejoice in every situation. It is God’s will for you to be content, despite your illness. Be grateful for what you have.”

That would not have helped me. I needed to have someone to weep alongside me, so I could then have the strength to stand and whisper that it might be OK, after all.

When Jesus went to Lazarus’ grave, He resurrected him. But before He did so, He wept. We rush to fix people, to give the right answer—and there is a time and place for wise counsel—but first, we need to weep.

This is so counter-intuitive. We don’t want to cry ourselves, we want to wipe away their tears. We feel helpless. We want to make it all better. It seems such a puny and insignificant act, to sit with someone and weep, but often that’s the most transformative thing we can do.

This is the paradox: when we weep with those who weep, it enables them to move on to rejoicing. When we try to stifle the weeping, they remain stuck in that place of tears.

Rejoice with those who rejoice

The flipside is that we need to rejoice with those who rejoice.

It is emotionally costly to pause our lives, put our feelings aside, enter into someone’s pain and weep with them. Rejoicing with those who rejoice seems like the easier task—but it isn’t always.

When I found out I was pregnant, I was overjoyed. After battling with my health for so long, it was such a gift from God. Most people found it easy to congratulate me, because we all love good news.

But the most precious congratulations was from a friend who was struggling with fertility issues. I had the thing she most desired. I wouldn’t have blamed her at all if she had just found it too hard to talk about it. But she looked at me, put aside her own desires and sorrows and rejoiced in my happiness. That was a holy and blessed moment; her joy was a sacrificial gift to me.

Tanya Marlow was in Christian ministry for a decade and a lecturer in Biblical Theology. Now she reads Bible stories to her toddler as she learns what it means to be a mum who is housebound with a severe autoimmune illness. She can be found on Twitter, Facebook and on her blog, Thorns and Gold.

Would You Pay a Dollar to Watch YouTube Videos? 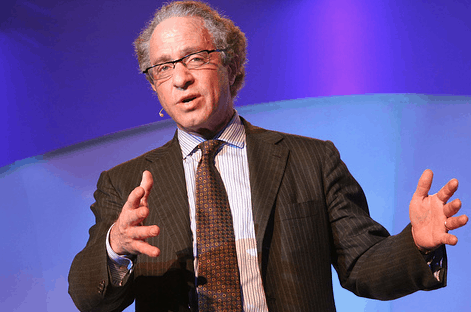