[Editor’s Note: This article is part of a two-part series. Check out the other side of the equation with women you shouldn’t date].

Just say no to bad dates. Or for that matter, bad relationships. Imagine how simple your love-life could be if you just agreed to that rule of thumb?

But sometimes it’s easier said than done, isn’t it? Sometimes, we miss the warning signs. Or worse yet, we just ignore them.

No matter who you are, how desperate you feel, how long you’ve been single or how badly you’re looking for a date, please do yourself a favor and avoid these 10 guys like the plague:

The Sort Of Spiritual Guy

This is the nice guy most girls would fall for. He lets you choose everything because he wants whatever makes you happy, even when it comes to your spiritual life. He may go to church on Sundays, have good morals and even say the right things. But deep down, he’s only sort of spiritual. His life has hints of Jesus (or so you tell yourself), instead of being defined by Jesus. Don’t just settle for a church-phrase literate man, look for a Jesus-loving man.

The Not That Into You Guy

I don’t know what it is about this guy, but let me warn you—he’s addicting. There’s just something about the unknown (“Does he like me, or not?”) that keeps you guessing and coming back for more. You can recognize him in that he knows how to talk the talk, but his actions never seem to follow suit. But the biggest problem with this kind of guy is that he’s using you for as long as you’ll stick around. So do yourself a favor and don’t stick around.

This guy has a strong vision for his future. A little too strong. When he looks at you, he sees a checkbox for his five-year plan, and it’s not something you get much of a say in. Marriage is a prop to him, part of a carefully controlled image, and he expects this prop to just nod along with all of his decisions. He doesn’t actually need you. You certainly don’t need him. Look for a man who is marked by humility and selflessness, because only that kind of man can love you like you deserve to be loved.

The On Again and Off Again Guy

This guy will do anything to get you to stay on his roller-coaster ride of up and down emotions. One moment you’re “the one” and the next moment he’s confused, confined and non-committal. What you need to know about this guy is that this isn’t a “phase,” it’s a glimpse of the rest of your life. Talk about some serious nausea. Time to get off the rollercoaster—or better yet, never get on.

The Out of Sight, Out of Mind Guy

This guy is sweet, charming, flirtatious and basically everything you imagined him to be—while you’re around. But when you’re not around? Well, he’s that same sweet, charming and flirtatious guy with the next girl. For him, it’s not about commitment, it’s about the moment. That’s definitely not a guy you can trust.

The Keepin’ My Options Open Guy

The Let’s Get Physical Guy

The thing that makes me crazy about this guy is that he’s so obvious, yet so charming. He makes you think that he’s really into you, when all the while his primary focus is on what he can get from you. But even with his obvious advances and fixation on the physical, you’ll find yourself making excuses, giving more and more of yourself. Recognize him quickly, and once you do, make a quick break. Don’t get stuck in the physical, because healthy relationships are built on so much more.

The I Don’t Wanna Grow Up Guy

This guy will make you feel more like his mom than his girlfriend. He’ll have you taking care of him before you even know what hit you. And you’ll like it at first, because it will make you feel important. But what you don’t realize is that a relationship with this guy is sure to be one-sided. So until he’s ready to put down the video games, pay his own bills and do his own laundry, it’s time to move on to bigger and “more mature” things. You deserve a partner, not someone who needs a parent.

You know all about his history. In fact, this guy has quite a reputation with the ladies. So why on earth did you convince yourself that things would be different with you? This guy will leave you with a broken-heart—just like he left the string of girls before you. Yes, people can change—and no matter who you end up with, you’ll have to give them grace for their past—but unless you’ve seen evidence of change in this guy’s life, come to terms with the reality that you can’t change him with your love. Instead, find someone who you can love for who they are, not for what you hope them to be.

A relationship built without honesty is really no relationship at all. I don’t care if he’s lying about his age, his past, his family or the color of his car—a lie, is a lie, is a lie. But most importantly, early on in a relationship, it’s a big red flag. This guy is marked by a pattern of dishonesty and little white lies, lies about things that might not even matter. But what matters is the habits that are being formed, and the facade that’s being maintained. A man who has nothing to hide becomes a safe place in which a woman can hide her heart. Look for that kind of a man.

This article was originally posted at truelovedates.com. 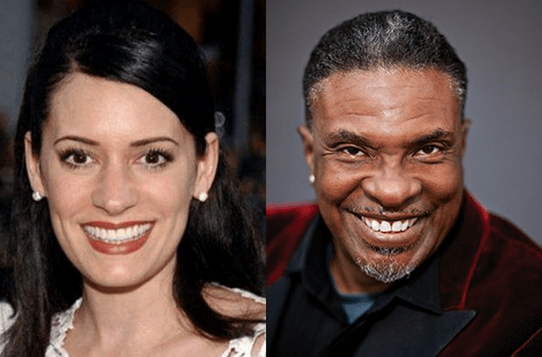 Here Are the New Members of the ‘Community’ Cast