Several years ago, I decided to set a new dating policy. I would always ask out any girl I was interested in.

The policy was not for the faint of heart, I learned. But by my mid-twenties, I felt like it would be wise to be more intentional in my dating. Why? Not only was I a pastor – which meant I’d never be able to satisfy anyone’s dreams of luxurious living – I was a pastor who planned to spend most of his life working overseas. Even I could have made a good argument for a woman to keep her distance.

By the grace of God I eventually met my wife Becky, a girl totally unlike what I had imagined for myself and infinitely better than I could have hoped for. We’ve been embarrassingly happy for five years now and just had our first son. But it took a lot of ill-fated dates to get there.

So what does this story have to do with you?

Well, because I had to go on so many dates (though not this many), I tried to get better at evaluating relationships quickly. Above all, I asked myself “What non-negotiable factors should I try to evaluate right away?” And I always came back to three questions.

Answering yes to these questions doesn’t necessarily mean the person you’re seeing is a perfect match for you. But it’s a good way to start narrowing it down. So if you find yourself where I was, you might consider asking:

1. Do You Laugh Together?

Why do I say that? Well, life is hard. And a large part of your relationship will consist of trying to enjoy life together anyway, of finding joy amidst heartache. So if you can’t find things to laugh about and enjoy in the good times when all you have to do is go on dates and get to know one another, then you’ll just be a burden to each other when times get bad.

2. Have You Seen This Person Both Ask for Forgiveness and Accept It?

What’s the forgiveness cycle? Person A does dumb thing. Person A either sees this themselves or is confronted about it by Person B. Person A explicitly, verbally acknowledges their guilt and unreservedly apologizes. Person B genuinely accepts the apology and verbally promises not to hold the offense against their partner anymore. Now you have fully restored your relationship to its pre-dumb-behavior state.

If this cycle breaks down at any point (Person A not really apologizing, Person B not really accepting the apology, etc.) you’ll start experiencing emotional constipation—the crap which your selfish behavior produced isn’t getting jettisoned, and so it lingers and makes everything stink. To avoid this, both of you need to be able to truly apologize and to truly forgive.

So have you seen them do both of these things? Can you remember a time they explicitly, genuinely apologized for something? And have you ever seen them truly forgive someone (the way you will need them to forgive you before long)?

If you’ve just met them, ask yourself: Are they constantly talking about the unresolved conflict they have with their friends, family and co-workers? If so, you need to decide whether you really want to be the next member of that group.

3. Does This Person Realize They Still Have a Lot of Work to do on Their Own Character?

Have you ever met an older person who is really immature? Almost certainly. Do you know how that happens? They stopped growing up. When they were 25, someone told them they were “mature for their age,” so they decided to put their own moral and character development on autopilot. And when you encountered them many decades later, the “mature for their age” thing didn’t line up anymore. Now, they were behind for their age.

Someone who seems well adjusted at 25 will seem extremely childish by the time they’re 35 or 45 if they haven’t used life’s lessons to develop any further as time has passed.

The only thing to left to ask now is: to what extent are these things true of you? It’s all very well to put your date under the microscope, but how would they answer these questions about you?

Do things in your life (overwork, obsessive behavior, etc.) make it impossible for you to laugh and have true, undistracted joy? Do you regularly apologize for the things you do to others and accept their apologies, not holding a grudge? Do you yourself use life’s lessons to try to root out the childish behaviors you’re still holding on to?

I hope these are food for thought for your next date. If your experience is anything like mine, you’ll find that questions like these only get more important once you’ve tied the knot!

Ben Stevens (M.Div., Trinity Evangelical Divinity School) is the author of Why God Created the World: A Jonathan Edwards Adaptation (Navpress, 2014). He lives in Berlin, Germany. Keep up with him on Twitter. 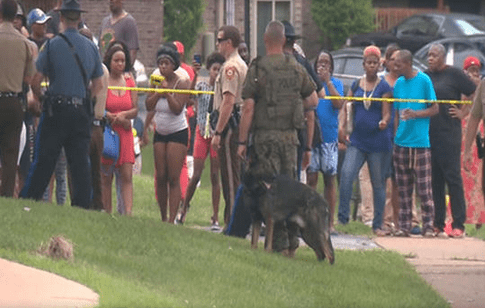 Why Your Big Dreams Haven’t Happened Yet