My senior year of college, divorce became a reality for my family. I had lost my mom to breast cancer when I was 11, but death was something that happened to everyone. I just never believed divorce could happen to Christians, and especially not to a pastor’s family.

As a licensed marriage and family therapist, divorce is often a reality I am immersed in. Working with couples is rewarding as I get to be a co-laborer in helping them in the restoration process of their marriage. But often, marriage counseling is painful as couples are unable to keep the marriage together, and I am witness to the heartbreak of a divorce and the tragic wake of destruction it leaves in their lives and the lives of their families.

Sometimes life falls apart and we live in the reality of a life that we had not imagined. Such is the case for many people I work with who are going through a divorce or are divorced. And as I have the privilege to work with many people trying to “put their life back together” I am struck by how often I, as a Christian, have had misconceptions about divorce.

Here are just a few of the common misconceptions I’ve seen:

I’ve poorly assumed at times that divorce was indicative of a lack of faith or trust in God. That if the couple just believed more or worked harder, their marriage would survive.

I love marriage, and I am passionate about helping couples have a thriving relationship that is glorifying to God. I will do all that I can to help restore a marriage. But unfortunately, my hope alone is often not enough.

Marriages are not exempted from the destruction of this world, even if two faithful Christians are a part of it. People who go through a divorce are not worse or less spiritual than any of us. We have all entered into relationships and decisions that have fallen apart and destroyed the lives of people around us.

In many ways, the falling apart of a marriage is a reminder not of some judgment we need to place on that couple or person, but rather of the brokenness we find in our humanity together and the grace of God to bring new life out of it. I often reflect upon and am moved by the Apostle Paul’s words as I work with people in the midst of divorce. In 2 Corinthians 5:1-4, Paul writes:

“For we know that if the earthly tent we live in is destroyed, we have a building from God, an eternal house in heaven, not built by human hands. Meanwhile we groan, longing to be clothed instead with our heavenly dwelling, because when we are clothed, we will not be found naked. For while we are in this tent, we groan and are burdened, because we do not wish to be unclothed but to be clothed instead with our heavenly dwelling, so that what is mortal may be swallowed up by life.”

Even if you’re at the point in your marriage where you are thinking about a divorce, it is not too late to reach out for help. I have had the honor of watching marriages that seemed destined for divorce be transformed. I’ve witnessed couples shredding and burning up their divorce papers, renew their commitment to one another, and then get busy at doing the work of restoration. Reach out to your friends and church community, and find a marriage counselor who cares about your marriage and desires to help you see it restored.

A Destructive Marriage is Better Than Getting a Divorce

Many couples come to my office and say things like “At least we aren’t divorced” as if somehow co-existing in the same space makes a marriage. Just because you are not divorced does not mean that your marriage is glorifying to God. Don’t just co-exist in a poisonous, unhealthy, potentially dangerous marriage for the sake of not divorcing. What God desires is that you thrive in marriage that is glorifying to Him. Take the steps to do that by reaching out for help.

One day in a seminary class, my favorite professor, Dr. Ray Anderson, spoke about divorce. He talked about the temple and how it was built as a place for God, a place that was sacred and set apart, a place that glorified God. But over time the temple and temple practices were violated. So much so that the temple no longer represented what it was set out to be. Jesus then destroyed that very temple, as it had become an abomination to Him. And in that place, He gave life to something new—not a building, but Himself.

A similar thing often happens in marriage. What was set up as something sacred and glorifying to God becomes destructive. It no longer honors Him and is destroyed. But we have hope in the midst of this destruction. We have the person of Jesus Christ in our lives who is constantly bringing new life out of the old (Ephesians 4:22-24).

If you have been through a divorce, know that God does have a plan for you. God’s plan and hope for our lives is often birthed out of our seasons in the wilderness where we have encountered brokenness, destruction and suffering. If you are in the wilderness suffering from divorce, know that God is at work in your life. Reach out for help by entering into counseling, joining a grief/recovery group and walking alongside compassionate friends.

No matter what stage you are in the divorce process, know we worship a God who has not left us alone, but desires to dwell with you in this season of struggle.

14 Mother Teresa Quotes About How to Change the World 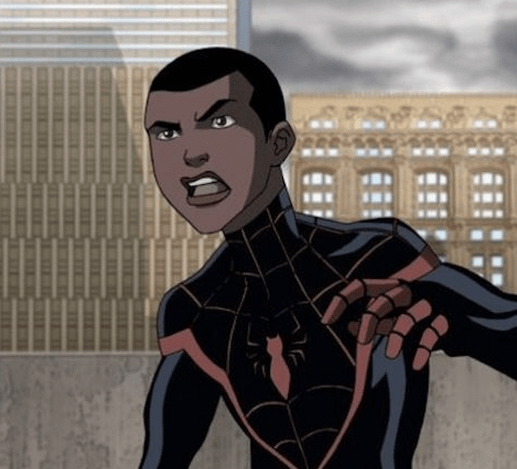 Donald Glover Will Voice Spider-Man in a Cartoon