A few weeks after a breakup, I learned that an old friend was engaged to the only guy she had ever dated. “I’m so happy for you!” someone wrote on her Facebook wall. “You waited on God’s timing, and He brought the perfect guy into your life at just the right time.” It sounded so simple and so spiritual. Happily ever after without any hurt, heartache or strings attached.

It’s great when things work out this way, but what if they don’t? I love hearing stories like those of my friend, but believing this will happen in every situation creates unrealistic expectations and enforces the false idea that trusting God means we will never experience heartbreak.

Here are five things I wish I had known about breakups:

1. Breaking up is Not a Bad Thing

Christians have a bad habit of seeing relationships that don’t work out as mistakes or failures. We love stories where everything wraps up neatly with a bow, but we’re uncomfortable with stories that are complicated and messy and don’t end the way we think they should.

We feel pressured to be too serious too soon, forgetting that taking things at a healthy pace can prevent a lot of unnecessary heartache. We overlook valid things such as chemistry and emotional connection because we tell ourselves the only thing that matters is that we both love Jesus. We ignore problems and incompatibilities in relationships because we are afraid of being alone. And, perhaps worst of all, we feel guilty when relationships end, as though we messed up somehow.

My communications professor once told me there’s no such thing as a failed relationship because every relationship teaches you important lessons about what you want and need in the future. He said since the point of relationships is to figure out whether you’re going to marry someone, every relationship is successful—even the ones that end.

Give yourself permission to let go of relationships that aren’t right for you, and know what you’re looking for that’s better in the future.

2. Your Worth is Never Tied to Other People

One of the most damaging lies countless people struggle with post-breakup is that they’re worthless. We buy into the misguided idea that our value is wrapped up in whether or not a guy takes us to dinner or responds to texts.

Your worth is never defined by the success or failure of any relationship. Your value never changes based on what an ex is saying about you, or whether or not they move on before you do. Nothing can change the reality of who you are and what you are worth to Christ.

As Brennan Manning once admonished, “Define yourself as one radically beloved by God. God’s love for you and his choice of you constitute your worth. Accept that, and let it become the most important part of your life.” Remember that the only One who can truly satisfy your heart is the one who made it. Commit to keeping Him at the center of your identity so you can have healthy relationships in the future.

When we think about the past, we often have a bad memory and a good imagination. Like the Israelites en route to the Promised Land, we can find ourselves looking back fondly on relationships that weren’t best for us because we forget what they were really like.

A friend once told me that after her breakup, she kept the possibility of a future relationship with her ex on the back burner. Rather than helping her, however, this mentality prevented her from moving on. It kept her from dealing with the pain of truly losing him, but it also prevented her from being able to truly heal.

Don’t leave the door open after a breakup, and don’t try to stave off the pain of losing someone through continuing to regularly communicate with them. Give yourself time and space to process and heal.

Letting go is hard, but holding on is harder because it keeps you locked in a past that doesn’t exist anymore, and it prevents you from moving into a future that is better for you.

4. You Will Feel Normal Again

Breakups have a funny way of shrinking the whole world down to an ice cream-induced state of sadness. It’s okay to feel this sadness. I think it’s even important.

Breakups hurt, and they hurt because the relationship mattered. Even if it was good that you broke up, you had pieces of your heart invested in your ex, and it will take time for those pieces to come back and feel like your own again. After a difficult breakup, it initially seems impossible to believe you will ever be happy again. The important thing to remember is this: It’s going to hurt, and it’s going to be okay.

Grieving is important, but wallowing is dangerous. Learn to be self-disciplined and take every thought captive so a breakup can enrich you, not defeat you.

All good stories need conflict to propel the hero forward. And the same is true in our lives: We grow most in difficult times. The beautiful reality is God is present in heartbreak, and He heals our hearts in a way that makes us more than we would have been without the brokenness.

Henri Nouwen once said, “Our life is full of brokenness—broken relationships, broken promises, broken expectations. How can we live with that brokenness without becoming bitter and resentful except by returning again and again to God’s faithful presence in our lives?”

Commit to growing and maturing through heartbreak so you become deeper and richer because of it. Commit to learning more about who God is and how He made you. Commit to anticipating the future rather than being consumed with the past. Reflecting on past relationships enables you to make the next one better, so don’t waste your pain. 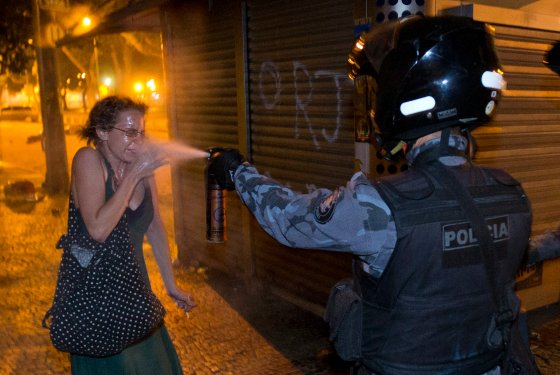