Lately, I’ve seen a lot of discussion about the effects of the Evangelical purity culture that dominated the past few decades. Many Christians are talking about how we might approach sexuality and purity differently with the next generation.

But what about those of us who are already living with the fallout? What about the ones who grew up in the midst of purity culture and have moved into adulthood with baggage we believed we wouldn’t have? Is there hope for those of us who followed all of the rules and still find ourselves struggling with sexuality in our marriages?

I was married at 22 to the only man I have even held hands with. We dated for more than three years before we got married and we were vigilant in protecting our sexual purity before marriage. And yet, our wedding night, and the first weeks and months of our marriage, weren’t filled with the guilt-free, sexual bliss we’d been promised.

Aside from the expected challenges of learning something new, we both struggled in different ways with lingering feelings of guilt, embarrassment and shame when it came to expressing ourselves sexually.

We weren’t haunted by the ghosts of prior sexual experiences or battling with regrets. We desired to be together free and unashamed, but we were plagued by our inability to stop feeling guilty about fulfilling sexual desires we had trained ourselves to view as wrong and dangerous. While we intellectually believed that sex was a good thing that was intended for enjoyment in marriage, we had spent years conditioning ourselves to respond to sexual feelings with fear, guilt and shame.

In the space of a few hours, something we had treated as forbidden, dangerous and private became something we were meant to enjoy and celebrate with each other. No amount of intellectual knowledge could take those deeply ingrained feelings towards our sexuality and magically change them the moment we slipped on those rings or later when we slipped off our wedding clothes. It isn’t really strange that this transition didn’t happen instantaneously, what was stranger was that we expected it to.

We aren’t the only couple who has experienced this. When I first started writing about this topic, I received messages from hundreds of people who said, “Me, too! I followed all the rules and no one told me this could happen. What can we do about it?”

There is no magic formula for overcoming feelings of guilt and shame in your sexual relationship. This is not a checklist to follow that will guarantee the results you want. People are complex and every marriage is unique. But these are some principles that helped in my personal situation and I hope they can be encouraging to you.

Be Honest With Your Spouse.

Hopefully, this is something you are aiming for in every part of your relationship, but it’s especially important when it comes to sex, even though it’s uncomfortable.

When I got married I’d never heard anyone talk about experiencing guilt and shame that wasn’t related to past experiences or regrets. I thought something was wrong with me. I felt broken and alone and this compounded my sense of shame. But talking about it with my husband made me realize that I wasn’t alone, even if his experience wasn’t exactly the same as mine. I understood that we were a team and that our sexual relationship was something we shared, not only the great parts, but also the difficulties.

Much of the guilt I felt stemmed from improper views of sex. In order to let go of that guilt, I had to identify what beliefs were causing it. For me, they were these: that sexuality was the opposite of purity, so engaging in sexual activity compromised my purity; that my identity and value were in my virginity and without my virginity I had lost both my value and my identity; and that sexual desires came from “the flesh” and needed to be overcome.

Your feelings of guilt may stem from different lies than mine, but figuring out what they are is important. A counselor may be a good resource to help you with this.

The way to combat lies is with the truth. I couldn’t control my gut reactions, but I could decide whether or not to listen to the lies. I had to practice taking captive the thoughts (2 Corinthians 10:5) that sparked guilt and shame by reminding myself of the truth. I had to remind myself that my identity is in Christ, that God created sex and it was His idea for the two to become one flesh (Genesis 2:24), that the “marriage bed” is pure (Hebrews 13:4), and that husbands and wives are meant to enjoy one another (Song of Solomon).

As frustrating as it is to hear, the most significant part of overcoming these feelings for me was simply time. Actions really do speak louder than words, which is why, in spite of hearing that sex was a good thing within marriage, years of acting like sex was dangerous and dirty was what stuck.

As time went on and my husband and I grew in our trust of one another and our security in our relationship, we built a collection of positive sexual experiences that gradually outweighed the negative associations. It didn’t happen overnight, but it did happen.

To some extent, this struggle could have been avoided if I simply hadn’t believed those lies in the first place. I’m glad we waited. I believe that sex is holy and sacred and deeply connected to the covenant of marriage. But I wish I had been taught to honor marital sex without being ashamed of my sexuality. I wish I had understood that my sexuality had value outside of my virginity. It is up to us to change the way we talk about sex with our peers and with the next generation.

Lily Dunn is a faith-wrestler, a truth-seeker and a grace-discoverer. She lives and teaches with her husband in Daegu, South Korea and writes about life, faith, and everyday grace at lilyellyn.com. Follow her on twitter @lilyellyn 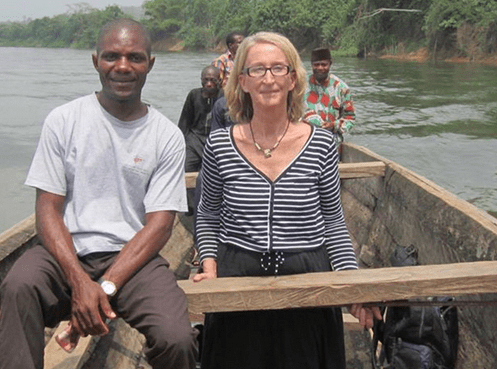 Phyllis Sortor, the Missionary Kidnapped in Nigeria, Has Been Released

Texas Will Soon Be Out of Lethal Injection Drugs