When Tom Cruise—playing Jerry Maguire—uttered those now famous words, “You complete me,” he was married to his second wife, Nicole Kidman. Cruise and Kidman divorced five years later, after which Cruise entered a romantic relationship with Penelope Cruz, followed by a third (also unsuccessful) marriage to Katie Holmes.

All of which might lead the cynic to suggest that it actually takes more than just “the one” to “complete” Tom Cruise.

This notion that we need another person to complete us is, in fact, one of the more misguided and perhaps even devastating myths alive today. The origins of this “soulmate” line of thinking aren’t found in Scripture, but rather in the writings of Plato, who surmised that there was once a “super race” of androgynous humans that made an attempt to overthrow the gods. This super race consisted of “round” people, comprising both male and female in one person, and in that state they were getting too powerful. So Zeus said, “I shall now cut each of them in two … and they will be both weaker and more useful to us through the increase in their numbers.”

This forceful separation supposedly left both halves desperate to be reunited. When the two halves did finally find each other, all they could do was cling to each other, which led to their deaths “because they were unwilling to do anything apart from one another.”

Zeus thus saved the day—deprived and desperate humans were no longer so powerful and no longer such a threat to the gods.

Notice that in Plato’s view, romantic love makes us weaker, not stronger. In fact, Plato’s version of the “soulmate” is a tale in which it is not advisable to spend most of our lives desperately seeking our missing piece. Many people do, in fact, live this way—on a constant hunt to find their other human “half,” and then desperately attempting to keep that half.

A scriptural view of human nature couldn’t be more different. According to the Bible, our problem is not that we’ve been sliced apart from an ancient human half but that we have been separated from God by our sin and need to be reconciled to God through the work of Jesus Christ on the cross. Once we are reconciled to God, He brings us together as humans. Marriage is a glorious reality, but it is secondary to our spiritual identity as children of God and something that won’t even exist in heaven (Matthew 22:30).

Our search for a lifemate, then, isn’t one of desperation, but rather one of patiently looking for someone with whom we can share God’s love and live out God’s purpose.

Plato’s “soulmate” philosophy fuels the popular idea that you must mystically discern whether you are “meant to be” with someone. You “feel” it in your gut. You must have found the one!

Overall, the Bible doesn’t seem to suggest there is one right choice for marriage. Rather, the teaching passages encourage us to use wisdom, not destiny, as our guide when choosing a marital partner. This is not a mystical process but simply hard work, requiring time, counsel, prayer and discernment.

Proverbs takes a pragmatic approach: “A wife of noble character who can find?” (31:10). This verse assumes we are involved in a serious pursuit, actively engaging our minds to make a wise choice.

The New Testament is similarly practical: Do you think you’ll sin sexually if you don’t get married (1 Corinthians 7:2)? Are you acting improperly toward a woman you could marry (1 Corinthians 7:36)? If so, go ahead and get married—it’s your choice, and God gives you that freedom. But notice this: The choice is made on the basis of seeking righteousness. “Do you think you might keep sinning if you stay single? Then get married,” Paul says.

Paul admits there are benefits to singleness and benefits to being married. In 1 Corinthians 7:8–9, he leaves the decision whether to get married up to us: “Now to the unmarried and the widows I say: It is good for them to stay unmarried, as I am. But if they cannot control themselves, they should marry … ”

Jesus Himself spoke matter-of-factly about people who “choose to live like eunuchs [that is, those who are able to live a satisfying life without ever becoming sexually active] for the sake of the kingdom of heaven” (Matt. 19:12). Did you get that word “choose”? Jesus says it’s a choice. We shouldn’t feel forced to marry or feel prohibited from marrying; this is one of those life decisions God leaves up to us. But God does care about why we decide to marry and the kind of person we marry.

Scripture thus tells us that it is our choice whether we want to get married and who we want to marry. We get to choose. This isn’t a denial of God’s providence, nor does it preclude God leading two people together. Rather, it’s the Bible’s way of saying that while marriage is really important, it’s also something God lets us decide whether we want to be participants in and who we want to be participants in it with. God has given you an awesome responsibility, so choose wisely.

Still, some may say, “That’s not fair, God—just tell me who to marry.” That’s an immature attitude. The need to find “the one” is based in desperation—as if, apart from that “one,” we lack something. The Bible views us as recipients of God’s perfect love, already charged with an important life mission of seeking first the Kingdom of God, and thus the decision to marry, though crucial, won’t ever define us.

If I were single, I’d look for a person who looks to God to complete her. And I’d run from anyone who might bury me with the expectation that I could ever complete her. 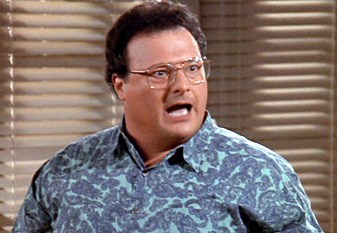 The Deeper Message of ‘The Walking Dead’