This is the collegiate equivalent to writing HAGS! (Have a Great Summer!) or Don’t ever change! or I wish I had gotten to know you better! in someone’s yearbook when you graduate high school. It’s polite sentiment, acceptable intimacy, and commits us to everything we wish we could bring ourselves to feel without ever having to feel it.

As freshly minted young adults turned out from four years of college facing hiring options and reruns during the summer, checking our phones every few minutes to see if our once close friends still remembered that we’re breathing, we are left with the annoying anxiety that our lives weren’t supposed to end up like this.

If we believe the television—and many of us do—the ties we formed carefully over our collegiate career or any period of high-pressure intimacy, were supposed to ferry us into the embrace of adulthood and provide comfort when rent came due or break-ups snapped.

According to the movies, we all have a clever best friend who—no matter what time we called, pouring coffee out of a stainless steel french press and about to sit down to a dinner in good company, would wax long poetic to us when we mourned our bank statement before he offered a bit of cracking, wise insight as the music swelled (because in this world, we live set to a soundtrack scored by Ben Gibbard) and everything that had ever needed explaining would be majestically made clear. We would be reassured, and then we would have dessert.

Grey’s Anatomy lied to us. Meredith and Christina’s tight-knit friendship, which was identified most clearly by their reference to one another as each other’s person, is perhaps sustainable only in a world of 24 episode seasons an hour a week with hiatus during summer and midwinter. For outside of a carefully crafted script, we usually don’t end up having an actual person, let alone the poet friend waiting patiently and perennially by the phone.

In reality, our bank statement comes the moment we overdraft our debit card buying a cup of coffee we are positive we can both afford and also deserve after hours of interviewing for minimum wage jobs we are at once overqualified and under-qualified to hold. When we call our best friend from college to lament, his response on answering his phone is that he’s busy and will call back the next day. He does a week later, when we’re still overdrafting, buying more coffee, which we reason is cheaper than therapy, and he tells us that he’s still busy and he’ll call again soon.

It’s understandable that jobs, relationships, family and opportunity spring young people in all different directions. But after the parting of ways, shouldn’t friendship be more than a Facebook “Like” after three months of no contact?

In the summer following college, though some friends remained, geography’s cruel conspiracy springs friends in all different directions, and we are left with the waning of texts, emails and the occasional Skype conversation interrupted by lives lived beyond each other. We neglect a long overdue phone call with a friend, and so “Like” their Facebook status instead as proof of closeness. We all know how easy it is to neglect people when we don’t see them anymore, when we actually have to work to connect.

We are not now what we thought we would be then, back when we promised to always be there for each other, when we thought we’d always laugh at our secret jokes.

We lean into two hard places our hearts are not naturally inclined to embrace: perspective and grace.

Yes, Grey’s Anatomy lied, and the people we thought would be our people weren’t always who we had wished they would be. As blogger Carlos Whittaker says, “We all haunt someone’s grace limit.” Though it would be fair to say that we can’t be in the wrong all the time and if we feel slightly abandoned by those we love, there is likely some truth in it, it is also true that there is someone, somewhere we are presently neglecting in our own lives. Someone probably thinks we’re their person and a pretty bad one at that. We stopped calling, we didn’t text back, and while we sit watching reruns and frustrated that our person isn’t calling us back, this someone else is feeling the same about us. Maybe we should take out our phones, roll through the last month of texts and emails, and ask the hard question of if we’ve been Christ to those we did not reply to.

Further, there is something we love about grace when it means that all we need to do is to sit back and pray for the person in question to repent. We are less fond when grace means that we keep loving and keep extending even when we receive nothing in return. But this returns us to Christ. We have been entrusted with a feast, the abundance of a God who has and continues to give, and by His Spirit equips us to feed from our storehouses. Grace would have us keep feeding, even during the rerun watching, and would expect us to stop expecting what others, perhaps, do not have in their storehouse to give.

So between all the falsehood of saying, “We’ll keep in touch,” perhaps there is a truth we speak when we say it. A hope. Perhaps a sort of promise. It is the audacious commitment that as Christ never withdrew His touch from those around Him, from the leper, from the sick, from the wealthy, from the poor, so too can we respond to the phone call from our once good friend who is just too busy with a simple, honest, and charitable, “I understand.”

Maybe then we’ll really have it all. In this way of grace, we’ll have all we need.

Preston Yancey is a lifelong Texan-raised Southern Baptist who now makes his home within the Anglican tradition. He is a blogger, painter and author of Tables in the Wilderness: A Memoir of God Found, Lost, and Found Again. Visit prestonyancey.com to learn more. 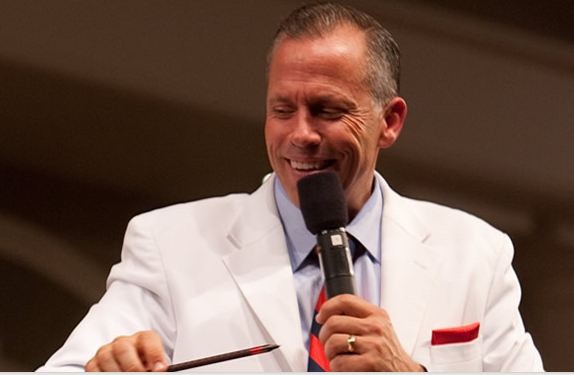 Megachurch Pastor Confesses to Relationship With Teen After Firing 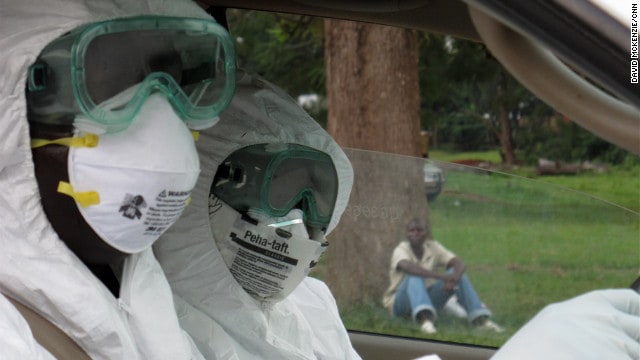 There’s an Ebola Outbreak in Uganda