“Here are your keys,” muttered the secretary when I arrived to pick up the keys to my office at Aberdeen University, where I would be studying for my doctorate in theology. “It looks like you’re in The Old Brewery.”

Intrigued by the name, I later found out that it reflected the building’s original function. Aberdeen was founded in the 15th century and used to train monks for ministry. In the brewery, monks brewed vast quantities of Scottish ale, which was served by the liter at mealtimes. And here I was, a post-fundamentalist Ph.D. student studying the Scriptures in a malted sanctuary where late medieval Bible college students once clapped mugs together in an act of worship.

Throughout Christian history, alcohol was rarely a taboo as it is in some circles today. John Calvin had a stipend of 250 gallons of wine per year written into his church contract. Martin Luther’s wife was a famed brewer of beer, which certainly won Martin’s heart. And the Guinness family created their renowned Irish Stout as an act of worship to Jesus. From Bordeaux to Berlin, wine and beer have always been part of church tradition. But what was once considered the nectar of heaven was later condemned as the devil’s libation.

If Christians want to forbid all alcohol consumption to avoid drunkenness, then to be consistent, they should also avoid making a lot of money to guard against the crushing sin of materialism and the misuse of wealth.

Alcohol as a Witness

I sometimes hear that when Christians drink, it ruins their testimony. But quite honestly, I’ve never understood this line of thinking. It’s one thing if you’ve struggled with alcoholism or are ministering in a Muslim country, but for the most part, most non-Christians I know are turned off by the arbitrary dos and don’ts created by modern Christians. I’m not convinced that if my unbelieving neighbor sees me slipping into a pub, I will lose much traction to my Gospel witness. In many cases, the Gospel will shine brighter when you break down wrong assumptions about Christianity by having a beer with your neighbor.

When we strip away all the man-made clutter that dims the Gospel, the full glory of Jesus shines much brighter. A good chunk of the dying world that’s rejected Christianity hasn’t said no to Jesus, but no to a pharisaical version of Him. Some people have been turned off by the Gospel because they’ve thought that becoming a Christ-follower meant giving up having a beer with your friends after work. If this is the “good news” we preach, then the true beauty of a crucified and risen King will become covered in the fog of a man-made, pharisaical “don’t drink” gospel. AA didn’t hang on a cross for your sins and abstaining from alcohol won’t give you resurrection life. Any Christianese, man-made, unbiblical footnotes to the gospel are actually a distraction and offense to the Gospel.

Now, some say that wine in the Bible was nothing more than grape juice and therefore neither Jesus nor the Biblical writers advocated drinking alcohol. Others say that wine was so diluted that it hardly contained any alcohol. But neither of these views can be substantiated by what the Scriptures actually say. If wine was really unfermented grape juice, then why did Paul warn the Ephesians: “Do not get drunk with grape juice, which is debauchery, but be filled by the Spirit?” This doesn’t make sense. It is true that wine back then probably had a lower ABV than today’s stuff. But whatever the alcohol content, people were quite able to get smashed by drinking too much of it (Proverbs 20:1; Isaiah 5:11). Still, the Bible never says not to drink it.

There’s another alcoholic beverage mentioned in the Bible called “strong drink. The Hebrew word for “strong drink,” shakar, refers to fermented barley, which is why some translations call it “beer.” Shakar had an ABV of around 6-12 percent, similar to a Belgium Trippel Ale or a Double IPA. Like all alcoholic beverages, the Bible prohibits abusing beer (Isaiah 5:11; 28:7; Proverbs 20:1; 31:4). But in moderation, drinking beer was encouraged (Proverbs 31:6). In fact, Deuteronomy 14:26 actually commands Israelites to use some of their tithe money to buy some beers and celebrate before the Lord. (Ever hear that verse being read as the ushers are passing the plates?) They were also commanded to offer up two liters of beer to God six days a week and even more on the Sabbath (see Numbers 28:7-10). This is why the absence of beer (and wine) was an outcome of God’s judgment on the nation.

Wine as a Blessing

But the Bible goes further than admitting that drinking is simply allowed. Throughout Scripture, the production and consumption of beer and wine are often connected to the covenant promises of God.

Jesus signals the beginning of such blessings by creating an over-abundance (150 gallons) of wine at Cana (John 2:1-10). And on the eve of his death, He sanctified a cup of wine as “the new covenant in my blood” (Luke 22:14-23). When Christ comes back, He’ll prepare “well-aged wine” (Isaiah 25:6)—the stuff I only notice on the top shelf but can never afford—and for theological reasons it will be served, as at Cana, in abundance.

Although a good beer and rich wine are blessings from God, they should be consumed with caution. There’s a growing tendency, however, among some younger evangelicals to celebrate their freedom without discipline. These young, restless, and slightly inebriated libertines are doing some great things for the Kingdom. They’re feeding the poor, living in community and planting authentic churches—or missional communities—all to the glory of God.

Yes, God cares about the poor; He also cares about your sobriety. Enjoying alcohol in moderation takes discipline, and many beer drinkers, I hate to say it, aren’t known for their discipline. A good glass of beer can be celebratory; it doesn’t belong in the hands of an undisciplined 16-year-old playing video games in his mom’s basement. Belgium ale is strong and complex. Savor it, sanctify it, and let it meditate on your palate. Give glory to God, not just to your thirst, when enjoying the blessings that flow from Eden. Drunkenness may not be at the top of God’s list of most heinous sins; neither should it be tossed aside as a relic of American fundamentalism.

Drinking alcohol without celebrating the Cross and Kingdom is theologically anemic. Abusing alcohol mocks the blood of Christ and scoffs at God’s holiness. But moderate, intentional, celebratory and reflective drinking of wine and beer, which contemplates the crucified and risen King and anticipates our future glory, is rooted in the grace that poured from Christ’s veins on Calvary. 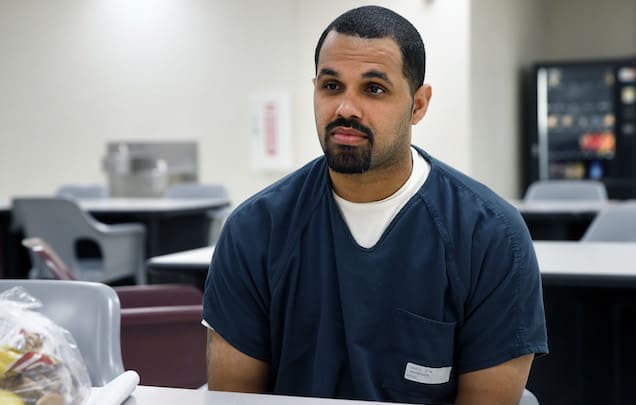 Help! I Don’t Have a Job and I Feel Useless.