In an era where many of us have a million social media “friends,” but no one to hang out with on Friday night, deep friendships have become increasingly rare.

Why do we all feel this way? Here are three enemies that keep us from having deeper friendships:

We’ve accumulated an entire database of friends, retaining names and facts but omitting relationships and memories. “Hey, remember that one time we chatted on Facebook and shared the Google Image of that beach we both want to go to?” Yeah, neither do I.

The Internet has afforded each of us to live dazzling lives that aren’t ours. One scroll through my Instagram will show you California, Oklahoma and Colorado—outdoors, mountains, weddings and playgrounds.

However, it won’t show you Netflix, lonely Friday nights, textbooks or that one night I spent sick in the bathroom three weeks ago. It leaves out the run-of-the-mill so we look like some sexy, adventure-seeking, friend-getting machines. We know the real story behind our own social media accounts, but somehow, we think everyone else’s life is more exciting than ours.

We are all mad scientists creating Frankenstein when it comes to social media modeling: the life we create turns its head, opens its eyes and becomes a monster. We start feeling down if we can’t find something worth posting on a daily basis.

On top of all of that, am I trying to be a cool, culturally aware Christian on social media just because I want more followers? After all, there’s nothing like being affirmed by a few hundred Twitter followers that I’m a good Christian. I tweet because I’m self-conscious.

Trying to Be Best Friends With Everyone

By the time I made it to college, I couldn’t do it anymore. My inner circle was as wide as the Pacific, and I didn’t have the relational energy to build a bridge across it.

I’ve since realized that Christians misrepresent friendship when they claim everyone is their friend. Jesus was not friends with everyone. Christ had His three, his 12, and His 5,000. He did not suffocate with FOMOOF (Fear Of Missing Out On Friendships). There were probably some great men and women in the crowd of 5,000 who sat eating the fish and loaves, but Jesus was purposeful about being with the 12.

Today there’s an extreme pressure to get to know everyone. We feel like we aren’t being fair to others if we grow deeper with one person and not another. We feel the need to spread ourselves out among 5,000 rather than with three.

I can only be friends with so many people, and I waste my time trying to be everything for everyone and end up being nothing for anyone, sitting alone watching Friends re-runs on a Friday night.

In order to understand how to have real friends, we must learn how to start small and remain intimate.

Using Technology as a Crutch

Before the invention of the air conditioner, families would spend hot summer nights sitting out on their porches and talking with the neighbors. Before the Internet, there was a sharing of communication through printed books and interviews (R.I.P. Borders). Before cell phones, there were landlines that only talked and didn’t text. Before GPS, there were maps and gas stations. And before Netflix, there was Blockbuster (R.I.P. again).

The modern world is becoming more and more efficient with work and less and less meaningful with human interactions.

No friendship is based on efficiency. Friendship is spending time with someone, intentionally setting aside time to look someone in the eye, to hear their voice and to watch their eyebrows furrow or cheeks get red.

It is not an efficient exercise; in fact, friendship necessitates inefficiency. It is days spent gazing at ocean waves rather than writing job applications, evenings spent drinking coffee with a friend rather than an essay, school nights spent watching sports or movies or playing games rather than studying or reading or sleeping. Jobs are practical. Getting good grades is practical. Networking is practical. Friendship is not.

If God were practical, I think He should have given up on me a long time ago. But He calls me His friend. And friendship is not easy, simple or practical.

Drew Brown loves to laugh and is trying to be an adult. He writes about life and God and The Office at drewbrownwrites.com and tweets @drewbrownwrites. 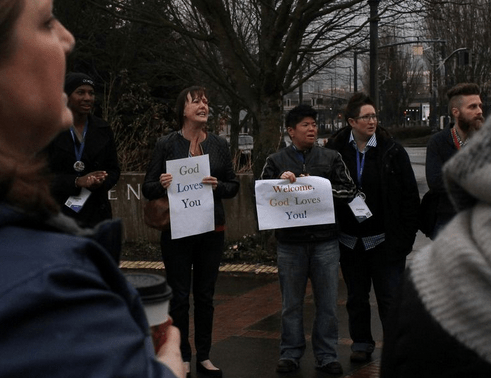 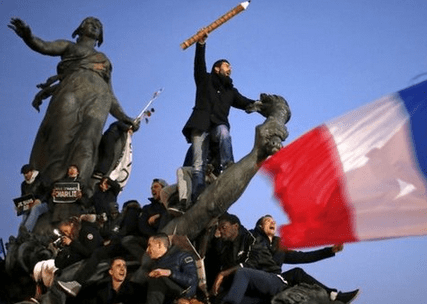