There’s no shortage of statistics and sociologists bemoaning the trend of Millennials dragging their feet into adulthood. The condescending label of “extended adolescence” has been slapped on to many a Millennial who is prolonging their years in school, living in their parents’ basement, putting off marriage and shrugging off financial independence and responsibility.

The world says, “Grow up already!” But staying a kid at heart is the path to spiritual fulfillment.

But when we start hitting our twenties and beyond, many young adults fear that they have somehow “failed to launch.” Maybe it’s being stuck in a lousy job or still being financially dependent on their parents or still being single. Maybe we’re doing OK, but we just believed that we should be uber-successful by age 23. Essentially, many people wish they could just grow up already. You know, fast-forward to the good stuff.

Today, I’m a teacher, spending my time teaching art to kids ages 5 through 12.

And, strangely enough, they all seem rather content to be kids. They seem OK with the fact that they aren’t very good at anything, don’t have much freedom and they haven’t really accomplished much with their lives. They seem to be in no real hurry to grow up.

Of course, some critiques of extended adolescence are valid. It’s not good for anyone to shirk responsibility or cling to the easy road of dependence on others.

But in a world where many of us want to fast-forward through life, pinning our happiness on the next milestone, there’s a few things our five-year-old self knew that our twenty- or thirtysomething self doesn’t. Here’s five childlike qualities we would do well to carry us into adulthood:

We Knew Our Purpose

Children are awakened at from sleep by nightmares, but many adults are kept awake at night by questions like, “What is my life’s purpose?” “Why am I here?” There are so many adults who are afraid that they aren’t doing enough, or what they are doing isn’t important enough.

Five-year-olds don’t have this problem. Their worlds are small. Their goals are small. And maybe a five-year-old cannot articulate why she was created, but I guarantee she is living it out—in playing, creating, learning, growing—all the things that make up a five-year-old life. What would our adult lives look like if we kept this same creativity and curiosity into all our endeavors?

Small as they are, those five-year-old lives are no less important, no less purposeful than yours or mine. As adults, we sometimes need to re-learn that we have inherent purpose because of who we are, not just how much we accomplish.

The great thing about watching five-year-olds work on art projects or play at recess is that they all think they are awesome at everything. You might call that naïve. I say it’s just because they haven’t fallen into the trap of comparing themselves to others. They haven’t figured out yet who are the “haves” and who are the “have-nots” when it comes to brains, creativity, athletics or music.

That wears off pretty quickly. You and I are not free like five-year-olds to do what makes us happy, because we are often just too afraid of embarrassing ourselves. I might feel great about myself today, at least until I look at Facebook and see someone who’s accomplished twice as much as I have.

As adults, we often have to re-learn the freedom to do what makes us happy, rather than just trying to compete with others or avoid failure and embarrassment.

When we were little kids, we couldn’t do much. Actually, we started out not being able to do anything. We relied on people to meet our most basic needs. We were vulnerable in our bodies, hearts and spirits and required protection and support from adults.

But as adults, we want to be completely independent, totally self-sufficient in mind, body and spirit. We don’t want to ask for help. We don’t want to need anyone else. And such a small part of adult life is done in community or cooperation with others.

As adults, we can find that fulfillment is not in becoming remote self-sufficient islands, but becoming more dependent on God and Christian communities.

We Dreamed Our Own Dreams

I cannot tell you how many adults I know who have it all. They have the house, the cars, the family, the career. They have achieved the ubiquitous “American dream.”

But, somehow, they are not really happy. It’s as if they traded their own special dreams for the mass-produced American dream. They followed a career instead of a calling. They stayed in toxic relationships or chained themselves with massive debts.

But most of these “adult” problems and responsibilities are not foisted upon us even when we grow up. More often, we choose them ourselves. We choose to climb the challenging career ladder, we choose to take a gamble with debt in order to pursue a dream house, we choose to take on more responsibilities and the challenges that come with them. Our choices are often influenced by the collective values of society. But as children, our dreams were our own. And perhaps we side-stepped some problems because of it.

We Weren’t In a Hurry

Sure, when you were five, you thought about what it’d be like to be six or seven like your older sibling. But you were also, most of the time, content to live in the moment.

Are you stuck in a phase of life that you’d rather fast-forward through? Maybe you’re stuck at home, or eating ramen noodles in a crummy apartment. Or maybe you’re sitting in a cubicle just waiting for your chance to move to something better.

But life cannot just be about fast-forwarding to the most cinematic moments while skipping the exposition. Growing up in Jesus’ world is slow and deliberate. Growth means trusting that God will take our lives where He wants them to go in His own good time. Sometimes, God’s timing means actually rewinding to a time when we were more vulnerable, less rushed, and yet more in tune with what we were created to do.

One day, Jesus was surrounded by adults asking questions about how to be a super-important person in God’s kingdom. And Jesus answered by patting a kid on the head and telling those adults that they needed to become more like him—the youngest in their midst.

Maybe, as we move into adulthood, we’d do best to follow His advice. Maybe extending this kind of adolescence isn’t so bad after all.

Matt Appling is a teacher and pastor in Kansas City, Missouri. His first book, Life After Art was released on April 1 by Moody Publishers. Connect with Matt on his blog at MattAppling.com. 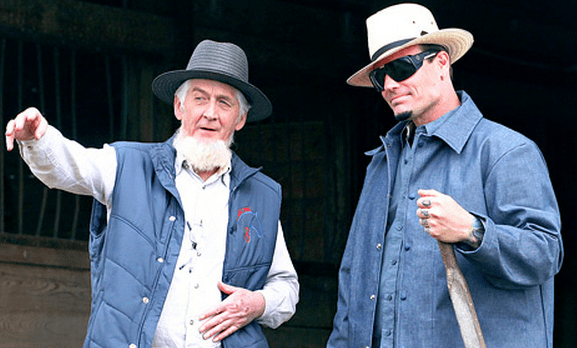 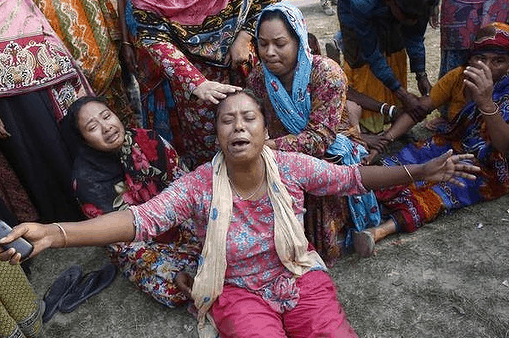 Bangladesh Factory Workers Were Forced into Building that Collapsed; Death Toll Now Over 200