One of my favorite modern parables is G.K. Chesterton’s Tremendous Trifles. It’s short and sweet—just over a thousand words—but it’s become something of a touchstone for me in the years since I first read it.

In Trifles, Chesterton introduces us to two boys—Paul and Peter—who are hanging out in the front garden of their English villa when a fairy in the form of a milkman (naturally) leans over the railing and offers them each one wish.

Paul tells the fairy that he “had long wished to be a giant, that he might stride across continents and oceans and visit Niagara or the Himalayas in an afternoon dinner stroll.” The fairy kindly grants him his wish, but Paul soon realizes that being a giant—with the world quite literally at his fingertips—is not all it’s cracked up to be:

…when [Paul] came to the Himalayas, he found they were quite small and silly-looking, like the little cork rockery in the garden; and when he found Niagara it was no bigger than the tap turned on in the bathroom. He wandered round the world for several minutes trying to find something really large and finding everything small, till in sheer boredom he lay down on four or five prairies and fell asleep.

Peter, on the other hand, has the complete opposite wish: He tells the fairy that he’s always wanted to be “a pigmy about half an inch high.” When his wish is granted, the garden he is standing in suddenly becomes:

… an immense plain, covered with a tall green jungle and above which, at intervals, rose strange trees each with a head like the sun in symbolic pictures, with gigantic rays of silver and a huge heart of gold … He set out on his adventures across that colored plain; and he has not come to the end of it yet.

As much as we want to be like Peter, it’s often incredibly tempting in the midst of our mundane and rather ordinary existence to be like Paul. There is so much we want to do and see in life, and our circumstances make it seem impossible at times. Certainly, it’s healthy to want to experience everything the world has to offer, but if we set our sights on everything we don’t have, we often miss what we do have.

The truth is, the ordinary life we wake up to every day is full of its own magic, beauty, wonder and meaning; we just choose to ignore it most of the time. Chesterton joyfully develops his Trifles thesis in further essays, with titles like “A Piece of Chalk,” “The Extraordinary Cabman,” “On Lying in Bed” and “What I Found in My Pocket.” No subject bored him, and he made each one a delight to read about because he himself was delighted by them. Nothing was ever truly ordinary to him; he saw the extraordinary everywhere he looked.

During my brief time on this floating orb, I have learned that it works the other way around, too: the ordinary always lives somewhere in the epic, or at least, it should.

I love big stories. I am a complete sucker for grand, melodramatic, generation-spanning narratives, whether we’re talking Les Misérables or Star Wars. But in order to hook me and leave a lasting impression, there’s something every epic needs, and that is an element of the dirty, the down-to-earth and the mundane.

This is no surprise. Everyone knows that good stories are built on good characters, whether they’re slice-of-life novellas or elaborately plotted doorstoppers. And good characters are defined by being accessible: The audience must be able to see through their eyes and live in their shoes, or the story falls flat.

Which means that without the presence of the ordinary somewhere, even the most brilliantly imagined epic cannot be understood, because it cannot be recognized. In order for a story to speak to us, we must be able to see ourselves and our world in it somewhere.

This is what I love so much about storytelling, especially fantasy and science fiction: When the ordinary is depicted in an unfamiliar world, the contrast helps it stand out, helps us grasp it and learn to value it again. Because it is valuable: we’re just so used to it being there that we don’t appreciate it half the time. We don’t even see it for what it really is.

At the subatomic level, a grain of sand is a galaxy unto itself, unfathomably complex—made up of electrons, quarks and countless smaller particles, both named and nameless, spinning around each other in perfect formation in empty space, holding a tiny piece of basic matter together.

And yet I go traipsing over the sand without giving a second thought to the universes supporting my weight.

As Chesterton puts it:

May we always find time to be a child of the level.

Allison Miller daily fries her brain working as a marketing writer in Denver, but moonlights as a creative writer to stay sane. In an attempt to ward off the jaded cynicism of post-modern adulthood, she actively nurtures the bright-eyed kid and the angsty teen within her and values the wisdom of dead people. (This should explain a lot about her.) lawlessgentile.com. 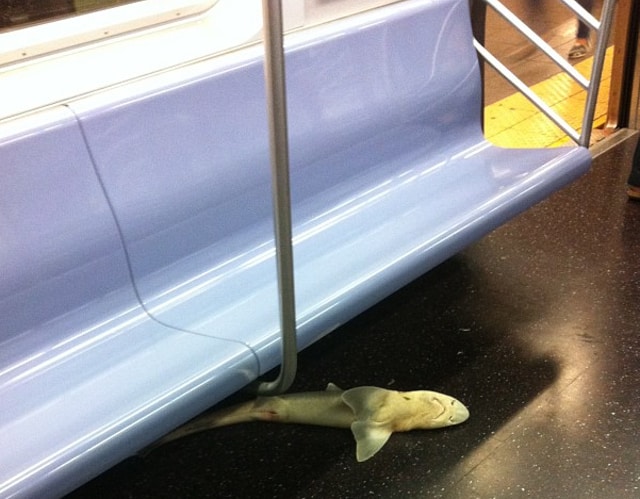 Someone Found a Dead Shark on the New York Subway 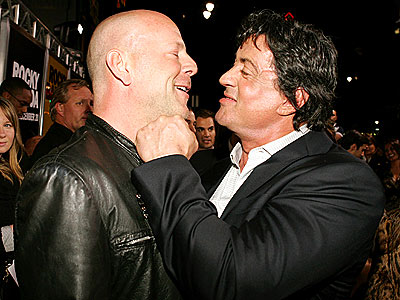 Bruce Willis VS Sylvester Stallone: Our Worlds at War