If the phrase “not enough hours in the day” has ever crossed your mind, well, welcome to the twenty-first century. You’ll fit right in.

Our lives in the modern age typically run in seven day marathons, in which there isn’t quite enough time. We work as hard as we can every single day, never seeming to quite get enough done.

And maybe that’s because we’re working as hard as we can every single day.

What if, when the God of the Bible rested on the seventh day (and when He invited us to do the same), He had a good reason? What if there’s more to “observing the Sabbath” than checking in at church in the morning?

In fact, God is inviting us to copy His creative process. And resting on the Sabbath is no small part of that process. In fact, it’s part of an important, often overlooked lesson that the Bible teaches us about productivity: Routinely do nothing.

The truth is that the concept of a Sabbath isn’t just a religious act. It happens to be a practical and scientifically proven way to increase your output and boost creativity.

1. We Are Designed to Routinely do Nothing.

Research has uncovered that our heartbeat, blood pressure, body temperature and more rise and fall in seven-day patterns. But all of these weekly conditions are dependent on a restful period of time. In other words, our bodies and our brains need rest on a weekly basis in order to operate at their maximum capacity.

2. We Need the World to Teach Us to Be Creative.

Rabbi Daniel Lapin, Business leader & author of Thou Shall Prosper, says it this way:

By restricting themselves from the usual acts of creativity and impacting the world [on the Sabbath], Jews are restraining themselves from being the subjects of creation–those who do the acts. Instead they become objects–those upon whom the world works its magic. They are prohibited from imposing their creative drives on their environment because, by not doing so, they are better placed to absorb what the environment has to offer them. This slice of time, one seventh of each week, becomes not only a tremendous luxury but also an indispensable aid to creative thinking during the rest of the week. It is a regular weekly period of time during which their beings are set on “receive mode” rather than “transmit mode.”

Receive mode. Not a term we’re accustomed to in a face-paced world of career-building or raising children. And yet, learning this mode could be the secret to profession and parenting.

3. Routinely Doing Nothing is How We Learn.

Scientists at the University of California discovered that when rats experience something new, their brains show new patterns of activity. Yet, it’s only when rats take a break from exploring that they process those new patterns and create a persistent memory of the experience.

Loren Frank, one of the testing scientists, reflected about the conclusions saying, “Almost certainly, downtime lets the brain go over experiences it’s had, solidify them, and turn them into permanent long-term memories. And when the brain was constantly stimulated, you prevent this learning process.”

You want to increase your cognitive functioning or remember more of what you learn? Take a cue from the rats. Do nothing for one day a week.

What I’m implying is that the Biblical story of creation isn’t just a narrative to explain how everything came into being. It’s an ultimate cheat sheet for doing and creating more.

However, anyone who’s attempted to follow this cheat sheet knows that doing nothing isn’t as easy as it sounds.

Sabbath-ing takes practice to get any sort of real benefit from it and not feel like you’re simply wasting your life away. Here are a few things to keep in mind next time you endeavor to do it.

Rabbi Lapin (cited above) goes on to offer some great practical insight on how to leverage this “receptive mode” to maximize your creative potential.

Suppose, for example, that you are trying to determine the future significance of a new fact or of a set of numbers that has just come into your possession. Relax and try to put yourself into a receptive mode … Don’t think; just look, smell, see, and feel. Then jerk yourself into thought mode and reflect on the fact or figures that you suspect contain a germ of an idea for you. Wind the facts and figures around your mind. Wrap your consciousness about the data, and try to visualize seeing it from every direction—from above and from below and even from within the data themselves. When your brain shrieks for a break, get back into thoughtless receptive mode, and just feel and absorb. Repeat the cycle several times. Don’t be discouraged if you do not emerge from this “Sabbath session” without a breakthrough. That may come a few hours later or even a day or two later.

Design Sabbaths on Your Own Personal Rhythms.

Ideally, sabbaths would be a weekly and a daily thing. Our bodies’ patterns of life tell us that our brain can’t focus longer than 90 minutes at a time without a 20-30 minute break in between. Align your breaks with those natural cycles instead of just trying to push through.

I used to barter with my wife after coming home from a stressful day. I’d promise to be a nicer guy if I could check out for an hour and watch TV. In a way, I assumed that watching TV or scrolling Twitter is a way to refuel.

Well, you know what they say about assumptions.

TV, iPhones, or any digital screen actually exhaust our brains. The amount of stimulation the light has on our eyeballs translate directly to our brain, overwhelming it with signals and the demand for needed associations.

Of course, we shouldn’t manipulate the message of the Sabbath into some anthem for the lazy. Hard work is imperative for productivity and creativity. Yet, make no mistake, so is routinely doing nothing. And one without the other can get ugly.

This article was originally published at tylerwardis.com 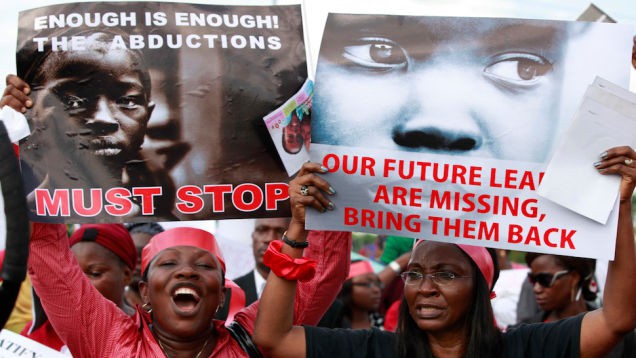