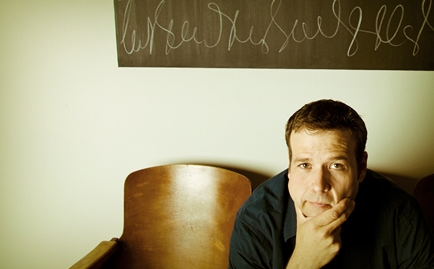 Editor’s note: Over the past few months, author Donald Miller (Blue Like Jazz, A Million Miles in a Thousand Years) has recently been writing a lot about creativity. Since Miller is a pretty creative guy, we compiled 10 of our favorite tips to help you in your efforts to become more creative.

A Creator and His Work are One

Ever wonder why the humanmade world is getting uglier?

They are going to build a bridge in my neighborhood. There are proposed pictures floating around on flyers and we are to log on to such-and-such a website and voice our opinions. They are all bad, in my opinion. They are all very functional, and they will work well to flow traffic. But none of them are attractive.

A great creator does not see his work as something apart from himself. What the creator makes is a statement about the creator, and a manifestation of their sensibilities, which is one with their experiences. Our modern buildings, our strip malls and stripped-down buildings say that our culture is one with efficiency, with selling goods and services. Was God being efficient when He created a woman, or was He being extravagant? Is a cloud the most efficient way to water crops, or is it functional and aesthetically brilliant? Are the sunrise and sunset more than a functional way to dim the lights?

A Creator Doesn’t Just Talk About Their Work. They Work.

I think half the battle of a creator is in finishing their projects. I wonder how many of the world’s greatest creators never created anything great, because while they may have had the intelligence and even the skill, they weren’t finishers. Finishing is part of the art.

A guy I met once ran into Norman Mailer at an airport and asked him what he was working on. Mailer politely declined to answer the question, saying that when he talks about a book too much, it steals his motivation to write it. I agree with Mailer, and I also think it was a brilliant way to get out of answering a question most writers are asked 50,000 times a day! Regardless of his intention, it’s true that when we talk about our work, we give ourselves the feeling that we are working on something when truthfully, we aren’t.

The Creator Gets Out of Her Own Way

The act of creating is more than work. There is also the process of creating art, which is mysterious. Anybody who says that there is no mystery in creating art is no artist. This can be proven when you ask to see their art and they can’t show you anything.

A creator must learn to work and must learn a work ethic. If she does not show up at her desk, at her canvas, at her block of marble every day, she will never succeed as an artist.

But if she uses the same steel determination to then create her art, she will fail. The violinist Stephen Nachmanovitch says that to create you must disappear, and I agree with him. What he means by this is, the force must stop and the play must begin. When we play we disappear; we are not really aware of ourselves, we are not thinking too much about our existence or our problems.

A Creator Finds a Rhythm … and Loves the Rhythm

If the work you are creating demands completion before you can find fulfillment, it’s doubtful the creation will be finished, and perhaps more doubtful it will be any good when it’s done. You’ll labor through it, pushing it up a hill like a broken cart. But if you can love the actual work, not the finished product, you’re onto something. If you have a rhythm, if you get up every morning and work for a few hours, and you like the getting up and the work, and you don’t think about how great it will be when it’s done, but rather how great it is every day that you get to get up and do the work, your creation will be tremendous. Don’t think about the finished product. Stop rewarding yourself with something that doesn’t exist, and may never exist. Instead, think about how delightful it is you get to do this, you get to make this, and how delightful it will be to get up and do it again tomorrow.

A Creator Does Not Entertain Hypotheticals

I liked this line from the film True Grit: “I do not entertain hypotheticals; the world as it is is vexing enough.”

Most of the things we worry about as creators never happen. We are not as rejected as we think we are; in fact, our creation has given us a greater community, even if we do have a few critics. And we did not fail as badly as we thought we would; and if we did fail, people hardly noticed. Most of the fears we entertain as creators have to do with hypothetical situations, things that could happen. But this is a waste of valuable creative energy. Most likely, things we think will happen won’t. A creator takes risks, a consumer lives in safety. Are you a creator or consumer?

A Creator Is Ready when Luck Strikes

Every successful creator has friends who think he or she is lucky. They met that one curator at a coffee shop, or Oprah’s housekeeper accidentally left that book behind in the kitchen. And the truth is their friends are right. They did get lucky. Everybody gets lucky. Luck is like the weather, it comes and goes, it makes crazy things happen randomly. But unless you actually spend the hours painting those paintings, meeting the curator amounts to nothing. And unless you put in the year to write the book, it can’t get left behind on Oprah’s counter.

A Creator Knows Their Likes and Dislikes

As a creator, your experiences matter. What you create over the coming year or years will be born out of how you spend your time. And there are, no doubt, a great many pressures on your time.

A Creator Gets Rid of the Takers in Their Life

It’s a sad fact there are people who are takers. They take your soul, bit by bit, they use you, they make you feel ashamed or guilty when you don’t allow them to use you and so forth. If it’s at all possible, and by that I mean if you aren’t married to them or related and responsible in some way, these people need to go. By letting them go, I don’t mean be mean to them or tell them they are jerks, but you can know they aren’t going to be lifelong friends and make decisions accordingly. You can get them information they need and so forth, but just know it isn’t going to be a give and take relationship.

In my life, I find that I’m not a very good friend to the takers, so they are better off without me anyway. They make me feel guilty, so I give to them out of compulsion, not out of love or friendship, and that doesn’t really help them much anyway. Here is how you know if somebody is a taker:

1. You always feel kind of guilty around them, but on paper, you can’t figure out how you’ve hurt them.

Bob Goff: The Life-Changing Power of Staying In Your Lane

2. They have been in a long line of short relationships.

3. They hurt people and do bad things, but it’s always somebody else’s fault.

4. They don’t make you feel good about yourself or your work.

Takers can change, but the only way they change is when the taking doesn’t work anymore. And if you let them stay in your life and take from you, you aren’t helping them change.

How a Creator Handles Critics

Many would-be creators remain consumers because they fear criticism. Perhaps they created something, thinking they’d be encouraged for their work, and they were, but then they read something or heard something critical and felt they were being treated unfairly and were scared back into consumer-mode, sitting on the sidelines.

All creators get criticized. There are many people who cannot create, but wanting glory, they will use creators and their criticisms of creators to get into the spotlight. I’m not talking about helpful criticism, teacher to student criticism, I’m talking about the modern fare of criticism floating around on the Internet, which is the equivalent of a junior high slam book.

This is going to bother you at first, but you must move through it to a higher evolution of the creative life if you are going to become a great creator.

A Creator Resists the Urge to Create out of Anger

When you are criticized, you are going to want to create in retaliation, but don’t. As a creator, you are a person that feeds consumers, and you mustn’t feed consumers’ anger. Yes, there are reasons to be angry, good reasons, but don’t let anger evolve into the act of creating.

As a creator, you are a teacher, a role model, you are setting the moral compass of every person who interacts with your work. There are many parents who shirk their responsibility to parent, mostly because they fear the responsibility. It’s the same with some creators. They create, but then do not take responsibility for what they are doing.

That said, whatever it is you are angry about, and hopefully it is an injustice, is addressed by your positive creativity, and it’s perfectly fine to acknowledge this dynamic. What you are doing, when you create something good rather than something bitter and reactionary, is displacing whatever it is that made you angry. The public only has a consciousness so big, and when you create something good, and it gets into the public consciousness, there’s less room for whatever it is that made you angry.

Donald Miller is the author of Blue Like Jazz (Nelson) and A Million Miles in a Thousand Years (Nelson). This article is made of up content that originally appeared on his blog and is used by permission.