“The idea of calling terrifies me!” she said, with wide eyes and sense of gravity.

We were sitting in a coffee shop in Seattle, as all good Seattlites do, talking about how to find where work and meaning intersect—my favorite type of conversation.

I generally avoid the word “calling” unless I have ample space and time to nuance what I mean by it. In this conversation, she brought it up. In
fact, that’s where she started.

“It feels like a trap. I don’t want anything to do with it.” She continued, “It feels like there’s some secret plan that you have to comply with. I hate it. It feels like I have no choice!”

Maybe you’ve had similar feelings from time to time?

Calling is such a complicated word. To some, it’s exciting. It tells us that life has a purpose, that who we are and what we are doing is adding up to something larger than ourselves. For others, it feels like a cage. It locks us into something that we didn’t get to choose.

I spent much of my life searching for my calling. I got a job that I thought I was called to, but it quickly became clear that it didn’t fit. I was doing good work that was having a positive impact on people, but I was struggling with much of what was being asked of me. I grew discouraged. And discouragement gave way to depression.

I was afraid of admitting that I was as lost as ever when it came to what I should do with my life.

The truth is, I was looking in the wrong places and wanting a fast and immediate solution. The truth is there isn’t an easy solution. There is help. There is good guidance, helpful processes and even some fantastic exercises, but all of these have their limits. They’re all steps along a path leading you deeper into who you were made to be.

I’ve done a lot of work redefining how I think about myself and my work. I’ve also spent years helping people discover their life’s work. Along the way I’ve found three major misconceptions about calling.

Though this list could be much longer, these three are the most common and dangerous:

Myth 1: Your Calling Is a Job

I spent a long time trying to get this idea to work for me. I was working hard in a job that many people saw as very noble and good. I was doing a great work in it too! Yet it was very difficult personally. I had thought it was a calling, but it wasn’t.

What I’ve learned since is that your calling is not a job. It’s much much bigger than a job. Your calling is a direction and an impact. It is about using your agency to bring about a specific and meaningful kind of goodness in the world and in the lives of others. It’s the intersection of who you are and what you do.

Your calling can be expressed in countless ways: In your job and outside of your job, but it is not the job itself.

The best work you do will be when you get to be a part of something connected to your life’s work. In an ideal world, we’d all get to do this kind of work all the time, but most of us find it in moments and projects along the way.

Myth 2: Your Calling Is Somewhere Out There, You Just Have to Find It

I always thought I’d stumble into my calling in a magical moment of epiphany: The heavens would open, the earth would quake, fire would erupt and an owl would deliver a letter explaining everything to me. It would be undeniably clear. And if I wasn’t finding it, it was because I wasn’t searching hard enough, traveling far enough or asking for it in the right way.

Calling doesn’t work like that. It’s not somewhere out there. It’s much more the opposite. It’s close to home. It’s dangerously close to our hearts and what makes us who we are. It’s not in the wind, the fire or the earthquake. It’s in a still small and familiar voice. It’s in who you already are and who you are becoming.

The real work is not in searching it out, but in learning to be your true self, which is why there’s isn’t a quick easy answer. It’s a process of growth.

Myth 3: Your Calling Is a Place of Obligation

Your calling and life’s work are places of freedom. If it’s not freeing, then it’s not yours. So often the very word “calling” is associated with feelings of obligation, guilt and shame.

All too often we’ve had people wrongfully tell us what our calling is and isn’t. These messages can cause us to move in the wrong direction, or stay in a painful place for too long.

If it’s in line with who you are and who you are made to be, it will be always be life-giving.

This isn’t to say that it will be easy. On the contrary, good work is hard work.

This is some of the paradox of your life’s work: You pour yourself into it, and it fills you back up. Your life’s work should be hard work, but it is also good work.

If your work is painful and damaging, you need a new job (I know. I’ve been there too).

It’s taken me the better part of a decade to learn all of this. Though it would have been nice to find resolution sooner, I needed the time that it took me. Finding your life’s work is a journey. It’s not a problem to be solved or fixed, or a trap to be scared of and avoid. It’s an identity to discover and grow into.

Dan Cumberland is on a mission to help you do more work you love. He's the founder of the Meaning Movement and creator of the Calling Course. Find him on twitter @dancumberland. 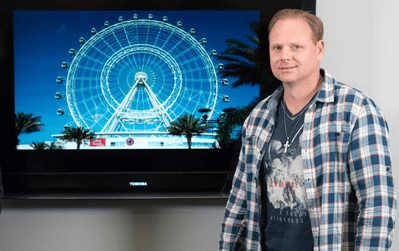