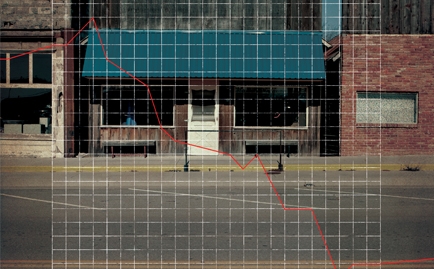 Many economists say the Great Recession is over. This good news has inspired hope throughout the land, as people who’ve struggled for the past two years look to better days ahead. But how many people had their faith shaken by the economic crisis? How many people prayed when they lost their job (or couldn’t even find one), only to realize their theology was bankrupt? How do we recover from that?

Hard times force people to be creative (almost all new jobs in the past year have come from new companies, not the old standbys who promised security). But times like these can also stretch our understanding of who God is. Indeed, for many people this most recent crisis has stretched their faith to the breaking point. Are we to figure out survival on our own? Or does the Gospel offer economic hope for the here and now?

Here are three lessons we can learn from the “Great Recession”:

1) Jesus cares about our economic well-being

A lot of churches that tended to people’s “spiritual” needs before this crisis have started ministries to meet immediate needs, help people find jobs and support people who are suffering from financial loss. It’s nothing new, really, to do this as an outreach ministry. But the Great Recession has helped some churches realize that taking care of one another’s needs is part of what it means to truly be the Church.

I visited a megachurch in the suburbs of Nashville, Tenn., that started a sort of in-house cooperative to help people buy back homes they lost in the mortgage crisis. In the interim, some members shared houses, got to know one another better and deepened friendships in ways they never could have otherwise. It’s one thing to say we love one another at church on Sunday. But those words come to life when we take care of one another’s most basic needs. This isn’t just good news for us. Jesus said it’s the main way we share good news with the world. “By this will all people know you are my disciples: if you love one another as I have loved you” (John 13:35).

2) Healthy growth is rooted in real places and real relationships

If the Great Recession has unveiled the lie of limitless growth, each of us has to ask what habits we’ve picked up from a culture that assumes limits only exist to be overcome. Most of us weren’t trading complicated financial products two years ago, but almost all of us assume it’s reasonable to carry tens of thousands of dollars in debt as we pursue higher education and a more comfortable lifestyle. The assumption passed down to us from previous generations is that education is always a wise investment that will more than pay for itself in the long run. If “opportunity” presents itself in the form of a degree program or a promotion elsewhere, common sense has said: “Go for it. It’s always best to move up.” But those who lost jobs in the past couple of years know that, when highly skilled people lose the positions they’ve invested everything in, they’re often stuck on their own. What they most need is friends to sustain them in a community where they are known.

I’m encouraged by experiments in urban gardening that are springing up around the country. What could be more basic to economic life than growing food? Yet, in all of our society’s enthusiasm over limitless growth, most of us have never learned how to eat from the land we live on. Plus, once you’ve tasted a tomato grown in your front yard, it’s hard to imagine that those red things you buy at the grocery store can even be called the same name.

Beyond good food, a rhythm of life that keeps us connected to the ground beneath our feet is also good for our spirits. I have a friend who, after struggling with depression in graduate school, decided to read less and start taking care of the yard around the apartment he was renting. The hours he put into landscaping transformed the place (and delighted his landlord, no doubt). But they also gave him his sanity back. Like the monks who keep a rhythm of “work and prayer,” we’re embodied souls who need to get our hands dirty every bit as much as we need to lift them in praise to our God. Economic activity that acknowledges human limits helps us integrate body and spirit.

Long before the Great Recession, Christian financial planners were saying we need to reduce debt, resist the culture of consumption and invest money wisely. But “wise” investment looks a little different after everyone’s 401(k) has turned into a 101(k). Maybe it’s time for us to think again about what Jesus meant when He invited us to “store up treasures for yourselves in heaven.”

The new monastic community where I live became friends several years ago with a young man from our neighborhood who’s in college now. Last year, when money was tight for most everyone we knew, this fellow, Brian, called to tell us he was having terrible tooth pain. I looked up a dentist and got him an appointment. The dentist called back to tell me he needed two root canals—$2,000.

Thankfully, I have some friends who believe in God’s economy. Every month they commit to give away 10 percent of their income to people who have immediate needs. I contacted them and we paid for the root canals.

Then the dentist’s office called back. If these teeth were going to make it, they said, Brian needed two caps and some periodontal work. All of this would cost another $4,000. I told the kind woman on the phone I’d have to call her back. I prayed for a minute about the situation. I talked to my wife. Then we realized: “Brian has a lot of friends around here. Let’s see if anyone can help out.” In a day or two, we’d collected $1,600.

I called the dentist’s office and told them about our friends and neighbors who’d chipped in—some of them people who were struggling to make ends meet themselves. I said, “To tell you the truth, it’s been so much fun to be part of this that I wanted to call and ask if y’all would chip in, too.” The woman on the other end told me she’d have to call me back. When the phone rang again in 10 minutes, she sounded excited. “The dentist says he’d be glad to do the work for the money you have.”

I was reminded of Jesus, who, when asked by the disciples to send the crowds away to find food, asked the disciples, “What do you have?” They didn’t have much—and what they had wasn’t theirs (they’d borrowed it from a kid)—but Jesus blessed it and broke it and fed 5,000 people. Like all the miracles in the gospels, the feeding of the multitudes is about more than proving that Jesus has power. If we have ears to hear, it reveals the truth about God’s economy: when we take what we have and break it, God sustains us where we are, bringing us into beloved community even with folks we’ve never met. If an economic crisis can help us see that, I am grateful for it.

Jonathan Wilson-Hartgrove is a member of a new monastic community and author of God’s Economy (Zondervan) and The Wisdom of Stability (Paraclete Press). This article is adapted from a longer article that originally appeared in RELEVANT.