With today’s current events and our own personal hurts or disappointments, it’s easy to become cynical under the assumption of wisdom or self-protection. We expect politicians to be dishonest or presume ulterior motives if someone or something seems too good to be true.

If we have a differing point of view than someone else, we like to think the other person just doesn’t get it. And instead of being gracious, full of love and willing to listen and engage, we make assumptions or quick judgments as if on autopilot.

If you find yourself feeling hardened or indifferent to the people and circumstances around you—perhaps dismissing difficult conversations or rolling your eyes when your hear or read bad news reports, then here are four practical steps to “soften” your heart and open yourself back up to a world in need of understanding and redemption.

Start from the Beginning

Cynicism starts with disillusionment. Think back to a time trust was broken or something or someone wasn’t what it appeared to be. How did that make you feel? Oftentimes, we are most cynical about something that caused hurt or is closely related to ourselves.

I’ve talked with thought leaders and have had friends or co-workers who are very involved in the Black Lives Matter movement. I also have family and friends in the police force. I grieve with both and understand that the two don’t have to be contrary even though both are rightfully sensitive subjects. Recently, I found myself cringing at a respected acquaintance who thoughtlessly addressed and debated the topic as a way to get more attention for their business.

And while I don’t have all of the answers, I began wincing whenever the topic was brought up, wondering who was just talking to argue or garner self-glorification and who was actually seeking resolution.

People are not perfect, but it doesn’t mean everyone is bad or all similar organizations or movements are corrupt, just as not all conversations are attention-seeking. If there’s something that resonates particularly with you, step back and see if you’re still hurting over an experience in that area.

Labeling lets us sort through the thousands of messages we receive each day. Think about the marketing messages surrounding you, from logos to commercials, to ads showing up in your newsfeed. Add on texts and phone conversations with friends and family on top of the all of the media you’re consuming and it’s no wonder we dismiss the unnecessary.

We’re constantly absorbing and filtering the world around us because a typical day for most people consists of many different activities occurring simultaneously.

But what happens when we step back a moment, really think about something and stop making snap judgments? Maybe we don’t have time to engage in every conversation or process every message, but what if we did make a point to interact and spend more than a millisecond assuming someone or something is a certain way? We might start to gain insight.

Take time to challenge your perceptions. Use wisdom, knowing that you don’t have to agree on everything and that there is truth, but get to know someone or a topic or situation well enough to understand there are varying factors to why something turned out a certain way.

By compartmentalizing we often don’t open up to people who think or act differently than us. We huddle in like-minded groups, and then we miss out on sharing who we are and what makes our viewpoint unique with others who might need to hear it.

We’re not perfect and we shouldn’t expect others to be either. It’s a simple statement but often one that’s easy to forget. Maybe there’s a particular area you struggle with and assume its no big deal. If someone fails in a similar way, you might have empathy because you know your own struggles. But if someone does something that goes against an area you feel righteous in, then you become harsh or judgmental.

You’ve probably had conversations or even seen Facebook posts from people who consider themselves non-judgmental but then become critical of others who disagree with their viewpoint rather than meeting them with grace.

Once we realize we’re all capable of hypocrisy, we’re more apt to soften our hearts towards an individual and listen to them. Why do they believe what they believe? Are they coming from a place of hurt where they need healing?

Risk getting to know people. Be brave about setting aside assumptions. Be willing to be uncomfortable—even inconvenienced—for a chance to understand people and circumstances better. Above all, do it with grace.

The world is broken. Our hearts can feel heavy and it’s just easier to be cynical than to grieve over terrorist attacks on the news or a friend’s illness. We’d rather shake our head at the state of the world and move on. We cannot harden or desensitize ourselves enough to protect ourselves from challenges or hardships though. Everyone will experience them at some point in their lives and no one is immune.

How can you be different? Be willing to feel and grieve over the brokenness of our world with others instead of setting yourself apart with a shield of cynicism. We’re not called to dwell in hurt, but our sorrow reminds us that there is hope and the promise of a redeemed world. We serve a loving God. One who forgave over and over again, who still longs for restored relationships with all of us and who wants us to revel and live in expectancy for a time when all of the world’s brokenness is healed.

What’s beautiful about that is you can bring a reminder of that healing and share that hope, and you’re able to do it best when you’re open to real conversations and understanding.

The World That Is to Come 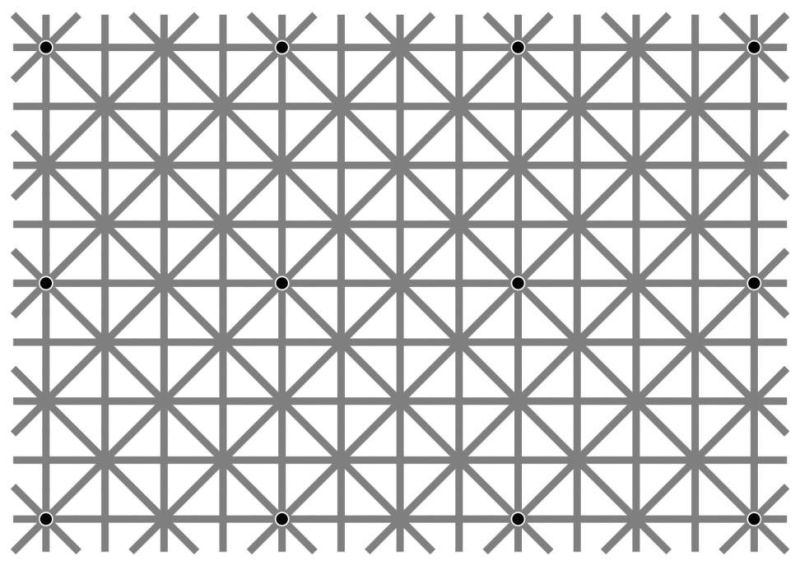 This Crazy Optical Illusion Is Taking Over the Internet