The entrepreneur that encapsulates this kind of legacy is Paul—and here are the six habits that led to his success.

1. Recognize that no job is too lowly

Paul’s entire ministry life was entrepreneurial. He had to raise capital, which often meant doing the regular, lowly job of tent-making (Acts 18:3). He even goes so far as to raise additional capital for others when needed (Rom. 15:25–27). Training others was a regular part of Paul’s routine (see 1 Timothy and Titus). And while Paul’s primary mission was to proclaim Christ to the Gentiles, he considered no job beneath him—not tent-making, not sorting through the squabbles of believers in community (2 Cor .2:5–11).

Right after Paul’s conversion, he embraces the Holy Spirit’s role in his life (Acts 9:19–22). Unashamed of its work and boasting in what God has done for him (Rom 5:1–5; Phil 2:14–18), he went about the work of continuing Jesus’ ministry. He openly told others to embrace spiritual gifts and the Spirit’s leading, and poured his life efforts into expanding the Church.

Yet through all of this, Paul knew he could not control the outcome. Working for God meant pursuing the unexpected, going up against great challenges and understanding that as hard as Paul worked to spread the Gospel, the end result was in God’s hands and outside of Paul’s control. But that never stopped him from the work at hand.

Entrepreneurs are notoriously stubborn and strong-willed and Paul was no different. His belief that eternal life started here on earth with acceptance of Jesus resulted in an unquenchable desire to bring people to Jesus (Rom. 5:12–6:23). Once, a prophet even had to tie him up to keep him from going on a mission (Acts 21:10–16). From the moment Jesus stopped Paul on the road, Paul was unstoppable. He knew from the beginning that he must suffer for Christ’s sake and he embraced that fully (Acts 9:16).

4. Have confidence in your role and calling

Paul openly embraced his role as an apostle (Rom. 1:1). He didn’t tiptoe around the fact with a pretense of humility, or boast of it—he simply knew what he was called to do. He was confident before God in what God intended for him to do. And his confidence arises out of the truth that there was no difference for Paul between his mission and God’s mission—his identity was completely wrapped up in Christ’s work.

When it comes to ministering to others, Paul was as open about his weaknesses as he was about the apostolic role to which Christ has called him to (2 Cor 12:1–10). Paul regularly emphasized that his strength was found in Christ, not himself (Phil. 4:13). Paul may have been confident, but he was also humble. When it comes time for Paul to defend Jesus, he did so by claiming all that Christ did to transform the wretched hater Paul was into a saint (1 Cor 15:1–11). Paul knows who he is on all accounts—the good, the bad and the ugly. Prayer and self-reflection—by reflecting on Christ and comparing oneself to Him—constantly reminded Paul of his place.

6. Be willing to make sacrifices

Great leaders are never afraid to give of themselves first. Paul was this type of leader. When difficult work must be done, Paul embraced it fully (Acts 22). When it comes to even being wrongfully imprisoned for being a Christian, Paul takes on the task. Not only did he embrace his role as a sufferer for Christ, he made the most out of it—ministering to those also imprisoned, to the guards and to others through his writings (Acts 16:16–34; 2 Timothy 1:8–18). Much of what we have today from Paul was written while he was in prison. Paul led by example, even when it was painful to do so. And he was able to do this because Christ was his example.

It’s easy for Christians to talk about this grand idea of calling, of world-changing, of innovation and entrepreneurship for a greater cause. But we must realize that our success or failure in any of these things comes down to our habits—our daily routines, attitudes, behaviors and choices. These are the things that make up the great leaders we admire. These are the things that make all the difference as we seek to change the world.

John D. Barry is the publisher for Logos Bible Software and the chief editor of Faithlife Study Bible, Lexham Bible Dictionary and Bible Study Magazine. He is the author of Resurrected Servant in Isaiah and coauthor of Connect the Testaments and Mary: Devoted to GodÕs Plan. John also serves as volunteer CEO, president and founder of Jesus' Economy, a non-profit dedicated to creating jobs and churches in the developing world. 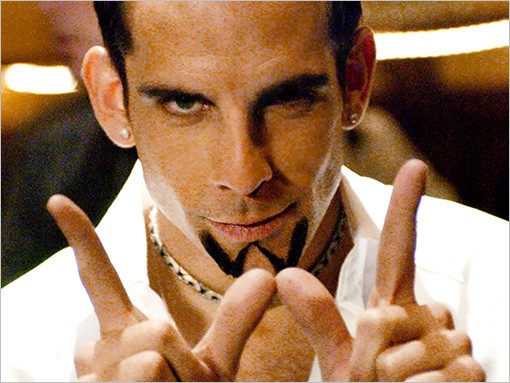 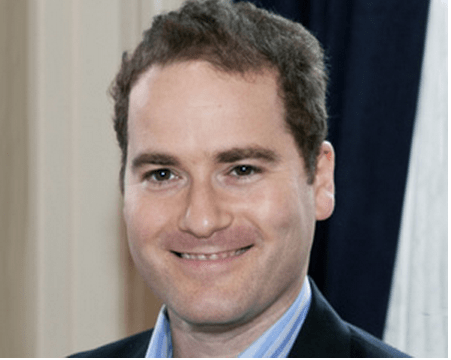