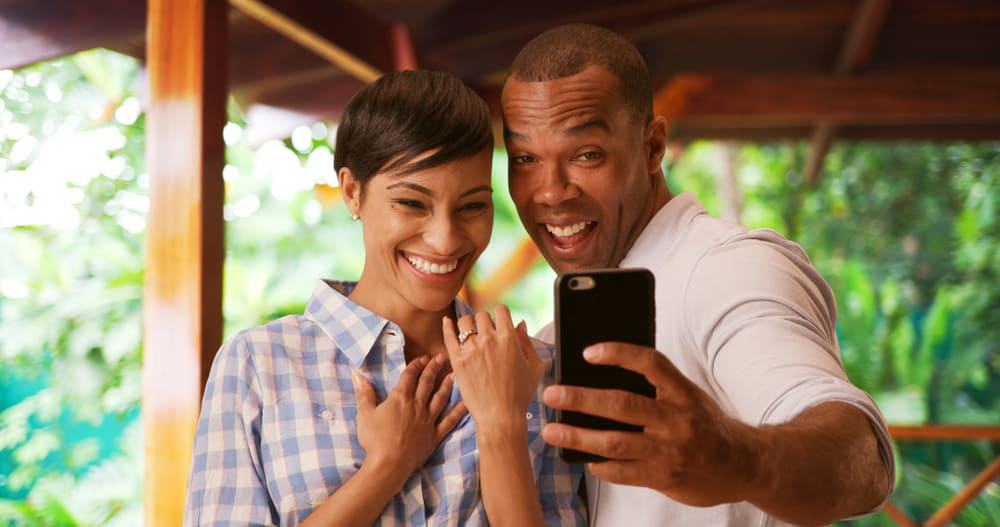 So, you’ve found the one. Possibly? Probably. No, definitely. No turning back now. Well, you could turn back. You haven’t actually popped the question yet. But you’re positive that you’re going to. Mostly.

Look, nobody blames you for being a little nervous. It’d be weirder if you weren’t. This is one of the two or three biggest decisions you’ll ever make in your life, and it’s not to be made lightly. A little bit of anxiety should be expected. It just means you’re approaching marriage with the seriousness it deserves.

But there’s a difference between taking the decision seriously and just spinning your wheels in indecision. If things are starting to get really serious and you’re leaning towards “forever,” here are a few questions you should be asking yourself.

This sounds like an obvious question, but have you asked it yet? Because a lot of people don’t. There are far too many marriages that are the result of a sort of passive process where both people just figure they haven’t broken up yet so they might as well tie the knot. And, of course, many Christians choose to get married because they’re tired of not having sex.

It should go without saying that neither of these are great reasons to get married, but they form the foundation of more proposals than we might like to think. The answer to the question “why do I want to marry this person” probably won’t be a neat and tidy list of bullet points and it shouldn’t be. Love is complicated. But it also shouldn’t be something like “getting married to him would be easier than breaking up with him.”

Not a fun question to ask yourself, but it’s a worthwhile one. Hopefully, by the time you start asking this question, you’ve gotten out of the early stages of dating in which everything he or she does is too perfect for words. You’ve had a fight or two, hit a couple rough patches and maybe even figured out a few of each other’s quirks.

That means you probably have some idea of what frustrates you about each other, and that’s a good thing. Now you need to be aware that those things are there to stay. The person you fall in love with isn’t going to change just because they get married. The things that annoy you today will annoy you in twenty years.

Most frustrations are just that: frustrations. They’re not dealbreakers. You can learn to live with them. But the important thing is that you’re honest about what those frustrations are, and that you’re entering into marriage with an honest assessment of those things — not expecting them to change for you.

This might sound a little trivial or crass, but remember that married couples fight about money more than any other topic. No matter who you marry, financial conflict will probably be part of your story at some point, but you can make those conflicts a lot healthier and more productive if you start out with a good financial foundation. Be honest with each other about your money situations, and be honest with yourselves about what that will mean for your life together. If your partner-to-be has credit card debt, it’s going to become your debt too. If they have plans to go to school, than school loans are going to be part of your future. None of these are red flags. They can even be a way to bring couples closer together — as long as you’re prepared for them. Brightpeak Financial’s app is a great way to get on the same page …and prepare for what’s ahead.

Behold The Ethical Cotton Pillows You Didn’t Know You Needed.