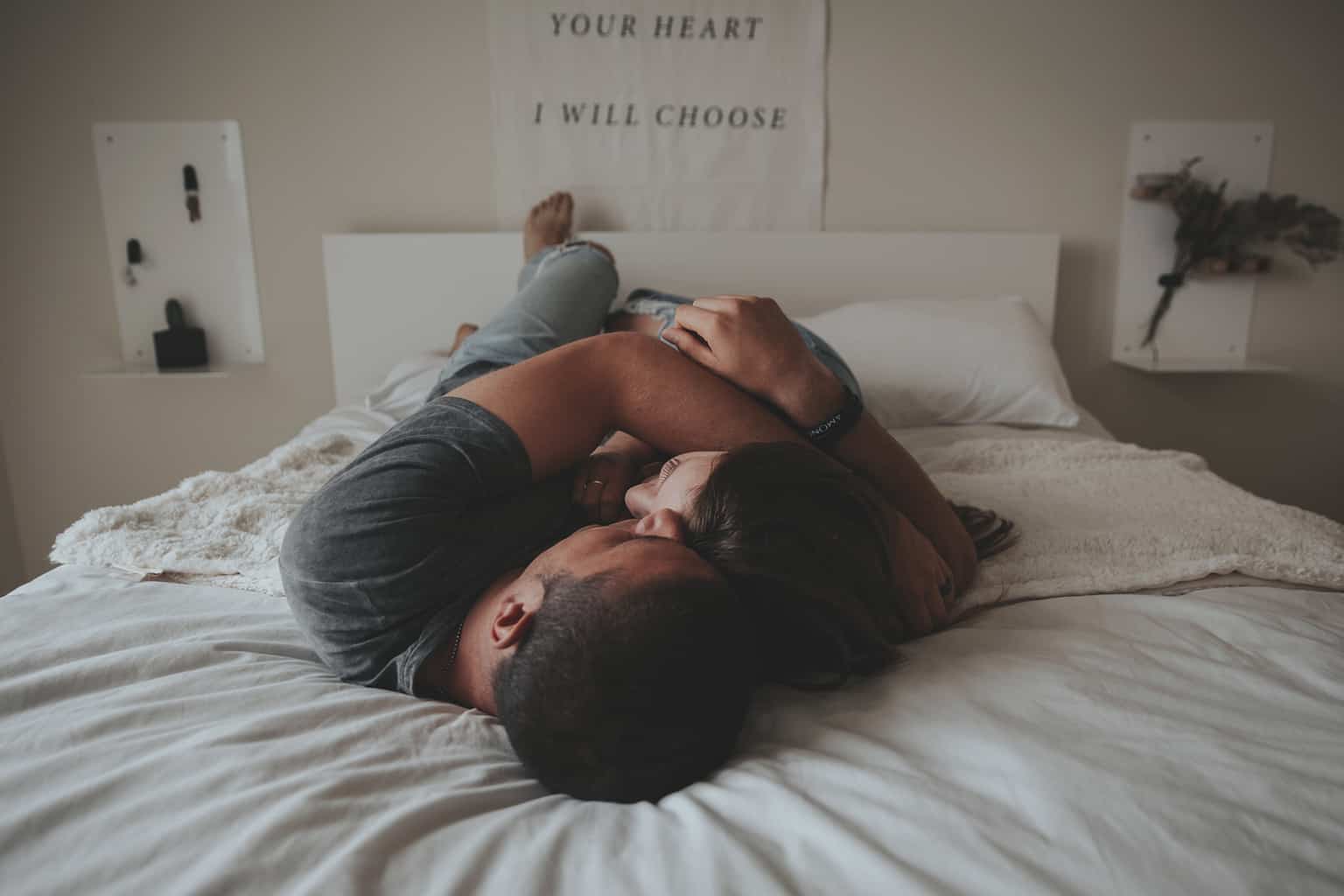 A few nights ago, I asked a friend what he and his wife had planned for Valentine’s Day. His response: “We’re gonna lay in bed all day and binge The Crown on Netflix.”

It was a reminder that every marriage is unique, and one couple’s idea of a dream date isn’t going to be everyone else’s. I’ve got nothing against lying in bed all day and binging Netflix — my wife and I do the same thing every Valentine’s Day. I just think The Crown is an absolute bore.

Your idea of romance might be fancier. Maybe you two love dressing up and ordering steaks. Or maybe it’s something more intimate — cooking a big meal at home, or going dancing. It takes every couple a little while to find their own idea of romance.

But there are some universal truths — things common to all healthy relationships. And while your idea of a dream date may not be the same as your friends’, these are some things you should definitely be incorporating into your marriage.

Make Time to Catch Up

This may sound obvious but think about it, how often do you really do it? A lot of couples find themselves utterly spent at the end of the day, with little energy left over for really robust conversation or interest in connecting on a deep level. It sounds like a lot more fun to just kick back and watch a movie or something.

And it probably is, but easy doesn’t always mean right and, in this case, the wiser option is the harder one. Dig deep and invest in your relationship, even if it’s just to go over your day together. You can start with something as simple as “highs and lows,” and see where that takes you. The goal is to connect to each other,  alongside each other.

This may not necessarily lead to a deep, intimate conversation, but that’s not really what you’re going for here. In the same way you don’t expect a six-pack of rock hard abs after one, two or even ten sets of sit-ups, you shouldn’t expect one, two, or ten of these conversations to transform your marriage alone. Instead, you’re starting a habit of investing in your relationship that, over time, will lead to something healthier.

Be Each Other’s Champion

In college, a friend told me that marriage was all about being each other’s cheerleader. I see where that person was coming from, but cheerleader doesn’t sound quite right for me. Cheerleaders do a good job of praising you for the win and encouraging you even when you lose, but marriage takes a little more than that. It might take a cheerleader who is occasionally willing to throw on some pads and a helmet and get in the game as a teammate if things are going south. It might also take a cheerleader who follows you off the field to give you some coaching tips. We’re quickly running out of applicable sports metaphors here, but you get the idea.

Too many married couples act like neither each other’s cheerleaders, teammate or coach, but rather sort of a spectator. Their familiarity devolves into snide quips, passive tolerance or even a vague, bored disdain.

Turning that attitude around will take some work, but it starts by resolving to be on each other’s side. Root each other on. Encourage each other to get out there and try again. Refuse to let each other give up. This is what committed love looks like — choosing to be vocally, actively, intentionally for each other.

I know a married couple who start everyday together by writing down three things they’re thankful for. At first, they explained to me, it feels sort of trivial to do something like this — like an exercise you’d give to a Sunday School class. But the more they did it, the more they noticed their daily perspective changing. They hadn’t even realized how much they used to focus on the things they didn’t have until they started to focus on the things they did.

Expressing gratitude for what you have isn’t always easy. Some of us have very real needs and those needs aren’t going to be met by expressions of gratitude. But Paul was in prison when he wrote “I have learned in whatever situation I am to be content.” You and your partner can train yourselves to express gratitude without shutting your eyes to needs that have gone unmet.

And it’s important to do so. Research has strongly linked gratitude to actual happiness and, what’s more, it appears that it doesn’t really matter what you’re showing gratitude for. It can be for a million dollar gift or for a community of good friends. The thing is to be thankful.

And One Thing Happily Married Couples Don’t Do: Belittle Each Other Over Finances

You’ve probably heard that married couples fight about money more than any other topic. That’s true and, to some extent, it’s sort of unavoidable. Money is a touchy, complicated subject and in marriage, it’s going to come up (although not as often as it should, perhaps.) Some conflict is almost guaranteed.

There is a healthy and an unhealthy way to deal with conflict when it does happen and unfortunately, many couples opt for the latter — choosing to put each other down and hurl insults over spending habits.

This is a recipe for negative tension in a relationship, but it doesn’t have to go there. Get on the same page financially before the conflict begins. Work out a budget together and stick with it. The Together app from brightpeak can help here. The key is that you’re laying the groundwork for good, productive conversation before the rough patches. Feel like you need a little more support? Check out brightpeak’s 6 Keys to Talking about Money in Marriage Without Fighting.

The Forgotten Story of the Black Man Who Invented Pentacostalism