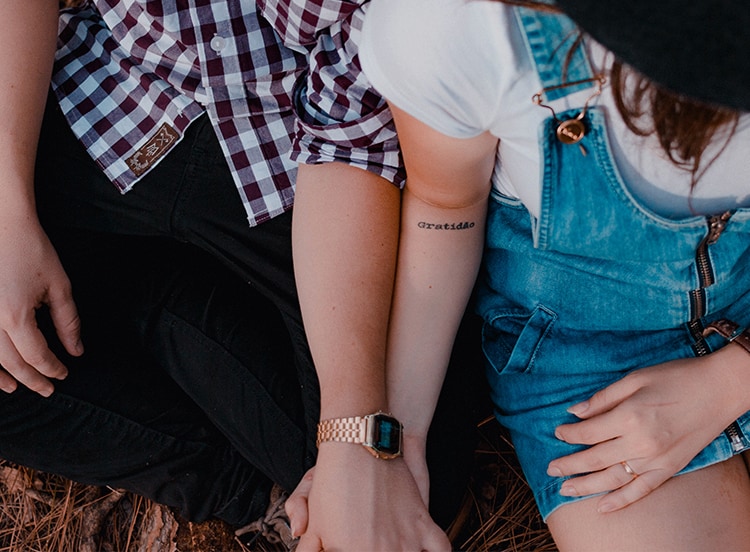 I don’t know how I made it out single.

Shortly after my first year of college, I went to Australia for a school with YWAM. Some of you may be familiar with the missions giant whose acronym officially stands for “Youth With A Mission,” while those of us who have survived it know it stands for something completely different: Young Women After Men, Yes, We Arrange Marriages and the list goes on.

After YWAM I headed to Chicago to attend Moody Bridal Institute—I mean Bible Institute. My first roommate got married between freshman and sophomore year at the wizened old age of 19. I know a dozen similar stories yet for whatever reason, I’ve remained single through all my 26 years. (Though I’m about to begin grad school so perhaps the third time is the charm?)

There’s a reason nearly every Christian institution has jokes about how young her members wed: They’re accurate! What’s more, everyone knows why, whether it’s stated subtly or explicitly: sex.

As one of the small pockets of people who still wait for marriage in a hyper-sexualized culture, it doesn’t take much to figure out why Christians tend to get hitched so young. Most of us agree that sex outside of marriage is wrong, yet we still have sensual urges within us, so the easiest solution is to follow the apostle Paul’s admission that “If we cannot control ourselves and are burning with passion, we should get married.”

This verse in 1 Corinthians 7, however, comes after a long plea with the Corinthians to remain single! Growing up in Christian circles, I heard a dozen feats of hermeneutical gymnastics explaining away why this doesn’t really apply to us, and God really wants you to get married and He was just kidding before, etc …

But what if Paul was telling the truth? What if it really is better for us to remain single instead of diving headfirst into marriage?

Before most of us can digest this statement, we need to take a cold, honest look at the culture which raised us. For as long as I can remember, I was inundated with “Happily ever after” messages and by plots which taught me that once I met the right girl, my life would finally be complete.

Would she sit next to me on an airplane? Or even more romantically … a train? Or maybe I’d bump into her in a coffee shop near my house, or perhaps, in a fun plot twist, she would be an elementary school flame who resurfaced after college.

For years, our brains tease out these possibilities until the idea of marriage and sex are idolized far above anything else in our lives. What’s worse is the American Christian culture has taken this bait and teaches us the same “Happily ever after” ideals. I mean, there are entire bookstore shelves dedicated to “Christian Romance,” a phrase the world would be much less gross without.

The point is, our desires—those things we see as ultimate and necessary for satisfaction, are malleable. We can change the way we see things, and reorder our priority list, though it’s hard to undo decades of messages teaching us that, even as Christians, our main priority in life is to find our soul mate, get hitched and make some love.

As Christians, our primary calling in life is not to gratify our sexual desires first and foremost. It is to glorify God, enjoy Him forever and bring others into this sphere of blessedness. For this reason, I’ve come to see many of the young marriages of Christians as more of a detriment to the work of the church than a blessing.

What I mean by that is, if we really believe that Jesus, not sex, is the source of our satisfaction, it should affect the way we live our lives. It means perhaps we would spend years of our lives giving to the world in sacrificial and beneficial ways before settling down with our sweetheart to raise children rather than diving into marriage for the wrong reasons. I think too many of us have hopped aboard the “I’m Burning With Passion” train rather than authentically giving ourselves to the Lord and the work He has for us as singles.

I’ve seen so much fruit in this as a single 26-year-old, as I look back on the countless trips around the globe I’ve made and the lives I’ve impacted thanks to my singleness. I don’t say that to brag at all, since most of that time was spent complaining to God about my singleness. I say that to tell you that you, too can survive well into your 20s—even your 30s or whole life—as a single Christian. Not only that, but you can thrive! You can dedicate your life (or years of it) to serving others in ways you never could if you were married!

Rob Bell once explained that some of the most sexual people he knew were chaste Christians. However, his definition of sexuality here is beautiful in that it relates to one’s relational capacity rather than physical gratification. They were not sexual because they wore tight clothes and were flexible; they were sexual because they were available and free to give themselves to others in meaningful ways. They were free to serve and love others rather than having all of their time and energy absorbed by a spouse and family.

We have become blinded by a culture that teaches that the truest source of satisfaction is sex, so it makes sense that many of us would marry young for a taste of that ecstasy. But when it turns sour, we are just as swift to abandon ship.

This article is not meant to simply turn you away from getting married; it’s an invitation to see your life as bigger than simply a hedonistic pursuit of sex. Give yourself to others before settling down and becoming limited by your spouse. Spend time seeking the Lord and His plans for this crucial season of your life; how can you best spend it in a way that reflects godly priorities?

We have decades ahead of us to settle down and be married. Spend your younger, more energetic years doing things you can’t do as a married man or woman! Go get lost in South America or start a business. Despite what our culture has programmed us to believe, there is no hurry.