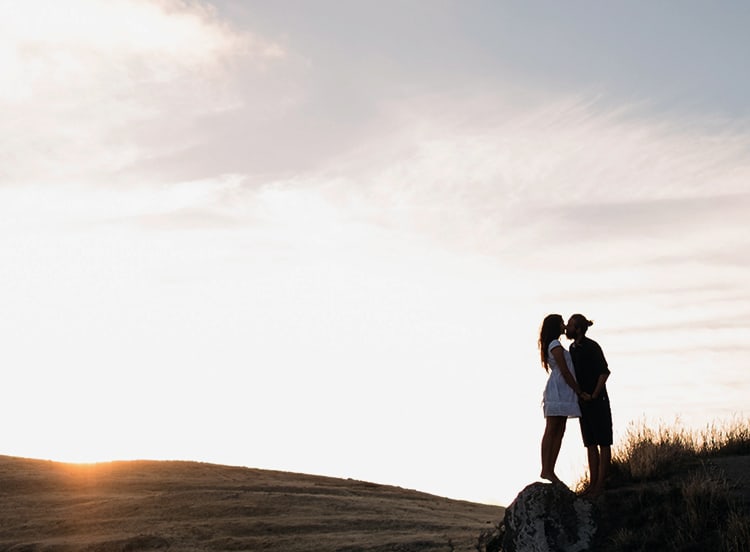 When it comes to the current state of relationship statuses, we live in a Facebook-fueled era of idolatry. What used to be just single or married has now become: single, in a relationship, engaged, married and everyone’s favorite: it’s complicated. Our relationship statuses, or lack thereof, follow us around like a shadow, eclipsing how we perceive ourselves and how others categorize us. Not only is this prevalent in the world, but it is even present in the Church.

Recently, I’ve had to navigate the many titles that come with being in a new romantic relationship. Even though my boyfriend and I are both believers serving in ministry, many times, our relationship status seems to overshadow our purpose. At first, we were just dating. This season was marked with lots of uncertainty, anticipation and prayer (rightfully so). Then, I was appointed the title of girlfriend.

This new status gave me a sense of pride and accomplishment. I was no longer the unfortunate single woman who everyone tried to “save” by setting me up with every Tom, Dick and Harry at church or sending me Scriptures on how to brave this romantic dry season. As I eagerly embraced my new title of girlfriend, I found myself losing sight of my heavenly identity—the bride of Christ and a prophet to the nations (Jeremiah 1:5). Instead of keeping the ultimate purpose of a relationship at the forefront—to glorify Christ—I easily got caught up in regularly scheduled date nights and having a plus one to weddings.

Believers in relationships aren’t the only ones who are subjected to this type of identity crisis. Most times I meet with a single girlfriend for lunch or coffee, our conversation inevitably steers toward how their lack of a relationship defines them. Instead of discussing if they’re making disciples or what God’s been revealing in their prayer life, we discuss if they’ve met any eligible suitors, tried online dating or how to make their desire for a husband more clear to God.

When the conversation would transition back to me, the questions morphed into inquiries such as: When will he propose? What’s taking him so long? How does that make you feel?

To clarify, there is nothing wrong with desiring marriage. However, it is easy to get caught up in the idolatry of finding a partner and forget that the purpose of a relationship is to point us closer to our ultimate position—a life dedicated to serving Christ. I recently was confronted with my own error and idolatry regarding my relationship status. As my boyfriend and I navigated a rough patch in our courtship, I started to think about how devastated I would be if our relationship ended. What would I even do with myself?

As I battled through fear and doubt, I soon realized I was missing the point entirely. I was placing my hope in an imperfect person rather than a perfect Husband. The world wants you to obsess over your relationship title—the almost $20 billion annual revenue of the online dating and Valentine’s Day industry depends on it. However, our significance comes from Christ before it comes from being a significant other.

I am not encouraging allowance for fear and doubt in a relationship, but I am asking you to reflect on where your identity is rooted. Is it in a relationship title or in who Christ has called you to be? Is your desire for a relationship driven by the need for validation and affirmation or is it anchored in the mission to serve Christ as a team? If Christ chooses to remove your relationship status tomorrow, would you sink into a pit of discouragement, dissatisfaction and unworthiness or will you take joy in the fact that you get to serve Him regardless?

It is the godly response to these questions that has allowed countless great men and women of Christ to persevere even after their title of husband, wife, mother or father is taken from them at a moment’s notice. It allowed Elizabeth Elliott to continue her work as a missionary even after Jim Elliott was viciously taken from her. It led Horatio Spafford to pen one of the most beautiful hymns ever written after his four beautiful daughters drowned. These believers understood that they had a much greater calling that doesn’t end with their relationship status.

Galatians 3: 27-28 states that for those who have clothed themselves in Christ, there is neither Jew nor Gentile, neither slave nor free, nor male and female for all are one in Christ. This is not to say those titles don’t matter, but they’re trumped by our most important one—follower of Christ. So, whether you’re downcast over your lack of a relationship, prideful because of a new one or obsessing over when you’ll gradate from your current title to the next, stop, repent and refuse to remain in idolatry.

is a copywriter and blogger living in Philadelphia and serving in urban missions in Southwest Philly. Discover more of her thoughts on life, love and serving Christ on her blog: www.wishywashychrissy.com

Slactivism, Social Media and the Cost of Doing Nothing