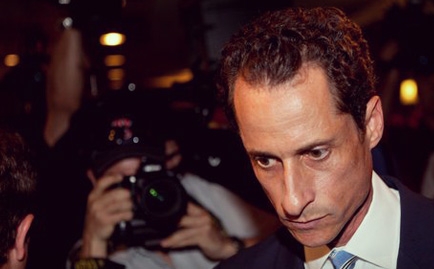 Nothing will zap your marriage, ministry or leadership faster than moral failure. Just ask Anthony Weiner. The shamed former congressman dominated headlines and late-night TV monologues for weeks after his racy social media escapades were uncovered, and eventually was pressured to resign.

Several times a week, I receive devastating emails and phone calls from people suffering the grave fallout from some type of scandal. Moral failure leaves behind a certain residue that is really hard for most people to overcome and should be avoided like the plague. But high-profile movers and shakers aren’t the only ones susceptible to such temptation. Moral failure is very easy to get into and nearly impossible to recover from.

Being a pastor, many people see me as an example of how to be a husband, parent and leader with integrity, and I am thankful for this. At the root of my life is a desire to please God and have a beautiful, happy family for the rest of my life. I have a very fulfilling marriage with my wife and I am happy sexually, emotionally and physically. But it’s not easy and it takes a lot of effort on my part and help from other people. In fact, I take pretty drastic measures to avoid moral failure. I’d advise you to do the same thing.

Here are some practical things to help you maintain healthy boundaries, in-person and online. None of them are foolproof individually, but when done in concert with one another, they keep me safe. This obviously takes effort—but it pays off.

Ask for online accountability. Anthony Weiner’s story serves as a reminder that we now have to take into account the role of social media in moral failure. Multiple people have access to every account I own and check them often: Twitter (public and private tweets), Facebook, email, etc. Secrecy and privacy are the breeding ground for moral failure. When we are confident that nobody will see our ugly side, it is much more tempting to dabble in craziness. If Weiner knew that several aides were checking his direct messages or his Facebook inbox, it would have been far less likely that he would have found himself trapped in his recent scandal.

Find safety in numbers. I go to great lengths to never be alone with another woman and have done this for the past 10-plus years. It’s not that I think women are falling all over me—I assure you, they aren’t—but I don’t even want the appearance or possibility of failure to be out there. In fact, I generally don’t meet with any single person (male or female) privately anymore. I will meet with couples or small groups in my office, but now hold more meetings in restaurants or coffee shops. Some people tend to see this as some type of admission of weakness on my part. Maybe so—but I don’t care. The proof that this method works is in my marriage.

Live with a little skepticism. I regularly leave my cell phone with my wife when I’m not around and allow her to look at it. She’s not obsessed with it, though I’m sure she checks it out with a healthy level of skepticism. However, her skepticism does not irritate me. She and I have seen friends, mentors and leaders walk right into the worst types of moral failure. In my experience, having this level of transparency builds trust.

Let people know what you have to protect. I keep pictures of my wife and kids everywhere on the wallpaper of my cell phone, in my office, on the walls, on my desks, etc. They serve as a constant reminder for me why I should have a good work ethic and keep up the fight to make healthy moral decisions. I didn’t grow up with a dad who set a good example, and I so badly want to be that guy for my son. Looking at his pictures always keep me focused and centered.

Stick with your family. I stay with my family. We travel together as much as possible, run errands together, eat out together, go shopping together. We stay home together. Very rarely am I alone without either one of the kids or my wife. This keeps my mind centered and builds family connections, but it also prevents me from having idle time that leads many to unhealthy thoughts and behaviors.

Obviously, these are not the only ways to ensure there is no opportunity for moral failure in your personal or professional life. And depending on the situation, some of the steps listed above may not be possible (such as traveling with family members or forbidding one-on-one time with the opposite sex). But the point is that people recognize they are not immune to these temptations and think proactively about how to avoid them. When one TwitPic can leave a life in shambles, it’s worth it to develop a strategy for integrity.

What about you? What steps are you taking to resist temptation and maintain integrity in your professional and personal life? Tell us in the comments below.

SHAUN KING is the pastor of Courageous Church in Atlanta, Ga., and the founder of TwitChange. This article was adapted from posts that originally appeared on his blog.

The City Makes You Crazy