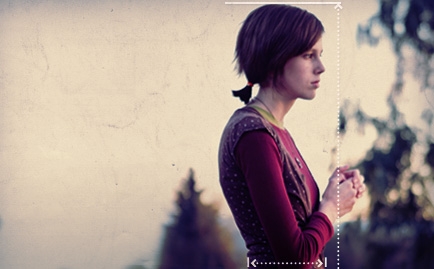 When
Christie Pettit received a scholarship to play tennis at the University
of Virginia, she left everything she knew: her friends, her family, her
church, her hometown in Texas and her mother’s home cooking. It was to
be a journey halfway across the country to start a new, exciting life
as a university-level tennis player. But her adventure into college
life quickly turned into a devastating emotional and physical battle—a
battle for and against her own body. Like many incoming freshmen,
Pettit feared leaving her family, finding new friends and, of course,
gaining the dreaded “Freshman 15.” Despite her place on the tennis
team, Pettit felt like she had lost the sense of security she’d felt
around her friends back home. In her hometown, she had been a star
athlete, a top-notch student and part of a large social circle; but in
college, she was just another tennis player. Soon it became all she
could do to handle her sadness and loneliness and her desire to be the
best.

As
time passed, she realized she couldn’t control her social life or her
place on the team. So she focused on something she could control—her
weight. “As long as I was focusing on my weight, I didn’t think about
my loneliness,” Pettit says. “I felt good about myself when I stepped
on the scale and saw that I had lost weight. It helped distract me from
other negative emotions that I was trying to suppress.”Despite getting
plenty of exercise playing tennis, Pettit gained a few pounds thanks to
the tempting, fattening foods served in the dining hall. Subtle changes
seemed easy, so she began restricting certain foods and eating more
fruits and vegetables. But it wasn’t long before she began obsessing
over the number of calories and the amount of fat in food products. To
control her weight and to gain the attention of her new friends, she
ate the fewest calories she could each day while still maintaining a
certain level of energy. In her book Empty: A Story of Anoxeria
(Revell), Pettit admits she looked for value in physical form and
defined her self-worth entirely in terms of weight. Because she was so
focused on what had become a physical battle with her body, Pettit no
longer felt the inner anguish she’d worked so hard to suppress. And
because she was ignoring her emotions, she denied the possibility that
her diet could be an eating disorder. Only depressed people get eating
disorders, she thought.

Though
she ignored the emotional, Pettit did not ignore the spiritual. Even as
her diet became her priority, she maintained a personal relationship
with God by taking time for devotions each morning. She also remained
active within her local church by leading a fellowship group. “I would
say it was like God stuck with me,” she says. “My life kept me involved
with God on a regular basis, so I kept going through my routine even
when things were the worst.”

But
as the number of diet restrictions grew, Pettit became irritable.
Friends and family noticed her dramatic change in personality and
weight. To avoid their comments, she often ate alone, isolating herself
from those who tried to reach out. Within months, her weight dropped
from 145 to 114 pounds. Pettit was beginning to feel weak.

“I
was such a perfectionist that I didn’t want to believe that there could
be anything like that wrong with me,” she says. “I also thought I could
handle it on my own. The truth was that I was actually too weak at that
point to even be able to ask for help. I thought I should be strong
enough in my faith to pray the problem away,” she says. “I was afraid
[people at church] would judge me.”

It
wasn’t until she returned to college in the fall of her sophomore year
that Pettit faced her problem. Her coach worried about her physical
condition and arranged for her to meet with a doctor, a nutritionist
and a psychologist. The physician told her that her heart rate was so
low that she was at risk for having a heart attack, and the
psychologist diagnosed her as having anorexia nervosa. Family and
friends became aware of her disorder and encouraged her to seek help.
As she opened up about her diet and feelings to a nutritionist and a
psychologist, Pettit realized she needed to make another appointment …
with God.

Pettit
calls her eating disorder a “sin.” For her, putting her diet and
exercise program above God was a form of idolatry. As part of her
recovery, she said a prayer of surrender and asked God to forgive her.

But
her problems weren’t over yet. As Pettit learned how to put weight back
on, she started overeating. This is common among recovering anorexics,
Pettit says.

In
February 2007, Harvard researchers published a study showing that binge
eating is the No. 1 eating disorder in the United States. According to
the report, as many as 4 million Americans have the disorder, and it is
more common among women. Those who binge tend to eat more quickly
during episodes, eat until they’re uncomfortably full (even when
they’re not hungry), eat alone and often feel guilty and depressed.

Christie
continued to fear the judgment of other Christians and wrestled with
the thought that they might also think badly of God for allowing her to
have a disease.

Dr. L. Shannon Jung, author of Food for Life: The Spirituality and Ethics of Eating,
believes that, though concern must be placed on changing personal
beliefs about other Christians so that those in need feel comfortable
individually asking for help, emphasis must also be placed on the
Church’s outreach. In this way, Christians have a responsibility to
seek out those in need and let them know they are loved. “God often
comes to us through other human beings, and this puts a bit of a burden
on the local Church to represent God and to hold each other genuinely
as brothers and sisters,”  he says.

Why We Need to Get Rid of ‘Hustle Culture’

Eventually,
through the recovery process, Pettit learned to open up to her friends
at church and discovered that they were willing to help her without
judging her. By leaning on them, she found that the words of Proverbs
27:17 are true: “As iron sharpens iron, so one person sharpens another”
(TNIV).

Pettit suggests several ways to change the way one views food and eating.

“I
think the most important thing to do is first be honest and reflective
about how we really feel about food, weight and body image,” she says.
“Many of us are so programmed to think this way that it is hard to even
identify the unhealthy thoughts. Then, I think it is important to
identify the underlying beliefs that are the root of those thought
patterns. Finally, you have to challenge those thought patterns and
replace them with new truth.”