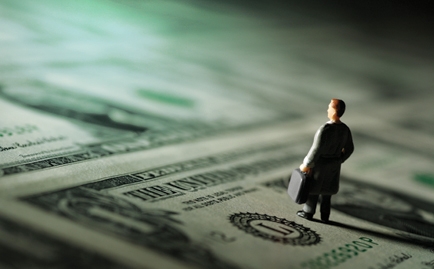 Over the years of giving financial advice, I’ve learned a few things about the problems people have with their money. Very often money problems aren’t the culprit at all; they are just symptoms of even deeper root issues. Many times it’s not a money problem, it’s a marriage problem; it’s not an issue with savings, it’s an issue with integrity; it’s not a lack of income, it’s a lack of character. These are the uncomfortable truths people in society don’t talk about because it’s much easier to walk through life concerned about you and only you.

The reason many people have trouble prospering is a simple lack of integrity, a lack of truthfulness. Think about it for a minute: We have all told lies; we have all struggled with whether to take the heat that being completely honest will eventually bring. Being honest means reporting all our income at tax time, communicating openly with family, not stealing from the office and following through on appointments and promises. The Bible talks about “the little foxes that spoil the vines” (Song of Solomon 2:15, NKJV). The small violations against our government, our family, our employer and our relationships begin a pattern of dishonesty.

I am not saying you must be perfect; none of us is. But you have to watch the little things. If you goof off at work, you are stealing; that is a lack of honesty. If you take a sick day and you aren’t sick, that is stealing. If you say bad things about your manager to someone other than your manager, you are stealing, because you are stealing his ability to lead, cutting productivity and, worst of all, you have become just another boring gossip.

The concept of digging in the graveyard of your past to find what caused your faults has some merit when used to identify wounds and heal them, but too often we are taught to blame our lot in life on others. It was our mean, nasty old parents; it was that we weren’t firstborn; it was our brother who tortured us; it was our sister who got all the attention. Bull! Thousands and thousands of people who had horrible childhoods thrive and even prosper in relationships and wealth. Why do they prosper? Because they made a decision that their fate was up to them, that it was their own personal responsibility.

Enough whining. Whining is a sign of a lack of character on your part. If you don’t like the way something is, do something about it. Finger-pointing, blame shifting and whining, while they appear to have merit, are not doing something. There is tremendous energy in positive activity and in providing a solution. That activity, while it may not solve the problem, moves you from being self-centered to solution-centered.

Clifford G. Baird tells a story about the power of personal responsibility. He was a fighter pilot in Vietnam and after flying several missions was shot down and taken captive by the enemy. His captors used a bamboo tiger cage to imprison him. The cage was not tall or long enough for him to be able to stretch out at all. He was made to walk daily carrying the cage with his feet through the bottom bars as the patrol went from place to place. This man spent four and a half years in this cage. When asked how he maintained his sanity for all those years and how he finally escaped, he said each night when his captors would go to sleep, he would count to 4,000. By waiting for their deep REM sleep, he was then able to check the bars, every single bar on the cage, every single night for four and a half years. Can you imagine the night a bar finally moved? Can you imagine how much focus it must have taken in that moment of excitement to have the patience to pack mud around the bar so the breaking sounds would not be heard? He broke free and stumbled through the jungle, hiding for another week, until he found American troops. The doctors examining him said he would have died from the harsh captivity in just another 90 days. That man took responsibility for his circumstances, knowing that no one else was coming and that he had better find a way out.

Take control of your life by simply realizing it is worth the trouble to become the person you know God made you to be. The aphorism goes like this: “Work like it all depends on you and pray like it all depends on God.” Taking responsibility not only for your mistakes so you don’t repeat them, but taking responsibility for making whatever change is necessary to get where you should go is of vital value in becoming a person who prospers.

Dave Ramsey is the host of the nationally syndicated radio talk show The Dave Ramsey Show and the best-selling author of Financial Peace (Viking Adult), More Than Enough (Viking Adult) and The Total Money Makeover (Nelson). www.daveramsey.com. This originally appeared in RELEVANT magazine, which you can subscribe to by clicking here.