As a young adult, being happy seemed to be the only alternative to being depressed.

Later, happiness became like a true north in leaving a logic-based life for a more heart-felt approach. And though I’ve not always been aware of my preoccupation with the pursuit of happiness, it’s deeply entrenched in me. It’s the filter with which I make decisions, big or small.

The pursuit of happiness has become a guide to a post-modern society.

It’s why many of us get married…”Happily ever after.” It’s also why many marrieds get divorced…”I deserve to be happy.”

It makes some of us quit the rat race to pursue a passion. It keeps others of us trapped in the rate race to acquire the next home, boat, or retirement.

It inspires addictions to pain killers, or to pornography, or to petrón and drives others to stay away from such vices.

The pursuit is everywhere. We hear it in our songs and see it in the lives of our celebrities. It’s the filter we make decisions through – no longer between good and bad, but “which choice will make us happiest?”

All this is well and good. Except that happiness happens to be a lousy guide.

I, like many, have learned this the hard way. But as our modern observations of happiness evolve, there are more than a couple reasons to elect a new guide.

The Pursuit of Happiness Makes You Unhappy

Not long ago, sociologists manufactured a situation with a moderate amount of stress and invited two sets of people in to it. The first set, when interviewed, valued being happy above most things in life. The second group didn’t cite being driven by happiness in any way. Group one, those that made happiness a goal, reported 50 percent less frequent positive emotions, 35 percent less satisfaction about life and 75 percent more depressive symptoms.

This experiment is one of many sources that suggest the higher importance we put on being happy, the less likely it is that we become happy.

According to science, what we feel when we feel happy is actually the release of two hormones, Dopamine and Oxytocin. And though this rush is a beautiful gift to us, it’s also proven to not stick around for very long. Not only are our bodies unable to handle this chemical reaction consistently over long seasons of time, but we eventually fall victim to what scientists have called “Hedonic Adaptation.” In other words, the things that most thrill us in one particular season tend to be short-lived and do little for us in the next.

Happiness Is a Byproduct

Viktor Frankl was a good friend and professional counterpart of Sigmund Freud. He also happened to be the only one to refute Freud’s conclusions about the validity of a direct pursuit of happiness. After years of experimentation, he infamously concluded, “It is a characteristic of the American culture that, again and again, one is commanded and ordered to ‘be happy. But happiness cannot be pursued; it must ensue. One must have a reason to ‘be happy.'”

In other words, if you want to be happy, don’t directly pursue it.

The key to finding happiness is to not let it guide you. It’s electing a better, more meaningful guide in life that will create a reason to be happy.

Of course, this felt need for a guide is nothing new. Yes, we’ve currently filled the role with happiness, but we, as humans, have always looked for a guide. As kids, we look to parents or coaches. As adults, we look to leaders or a system of what’s accepted or a plethora of 10 step success formulas.

The red flag that this happiness paradox raises, however, is not about our need to be guided, but rather who, or what, we designate as our guide.

An emotion? Tradition? Your father’s expectations? Barack Obama? Hollywood? Seth Godin? Self-actualization? A combination of them all?

Certainly, we’ve all tried to find our true north in many of these at one time or another. And I’d assume that, in most attempts, the compass inevitably seems to be broken.

But then there are those realities that seem to transcend an ideal or a government or a leader and offer a very real alternative to be guided by fading emotions or non-personal guidelines in life.

Yes, happiness is a lousy guide, but it was never intended to be a guide in the first place. Our guide—our “true north”—is not fleeting at all.

In fact, He’s been with us the whole time. 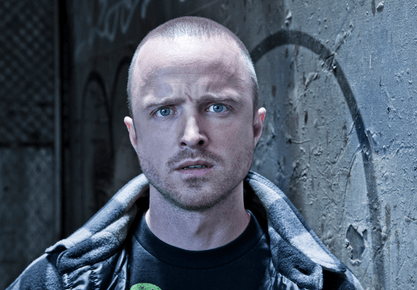 Is There Evidence that ‘Breaking Bad’ Was a ‘Walking Dead’ Prequel? 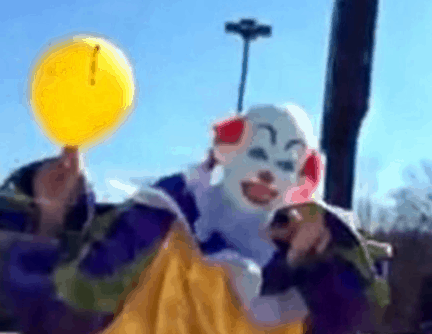 Nightmare Is Over: The Staten Island Clown Was Just a Publicity Stunt