It’s 6:00 in the evening on a Friday, and I am walking through downtown with two friends. It is still light out, and the sun is setting over the new convention center. I am wearing a backwards baseball hat and jeans I spent too much money on. One friend is wearing jeans and cowboy boots. One is wearing black leggings and a green shirt. We are walking down a city street, and we are girls.

Apparently, that is all that matters.

Two men in front of us turn around—three, four, five times before they say something. I comment back, and they see this as an opportunity. They ask if they can join us. There are two of them, and there are three of us. It is daylight, still. We should be okay. Yet, we run across the one-way street, dodging oncoming traffic, and escape into the evening, where, oddly enough, we are headed to hear a handful of Christian musicians.

I am walking to a wedding in Cincinnati, wearing a dress and a jacket, and a man leans out his window and shouts something out to me about how I look. It is 4:00 in the afternoon, I am alone, and I throw up my hand in disgust. He makes a right turn, and I go into the nearest business.

I am everywhere, anywhere, nowhere: it doesn’t matter. I have a face, two arms, two legs and I am a girl and men think they can shout at me.

Possibly, you don’t ever do this to women. Maybe you say things like, “I appreciate you!” or “It’s your inner beauty that counts!”

But maybe you’ve glanced down their shirt in the copy room on accident five too many times.

Or maybe you don’t say these things to girls while they walk down the street. Instead, you say them to your friends, inside the tiny cracking walls of your apartments. So no one hears; no one gets hurt. It’s a just between the guys.

Suddenly, private conversations aren’t private anymore. The reticence becomes a whisper. And the whispered jokes become catcalls. And the catcalls become skin-crawling remarks and actions and movements and gestures that twist up our stomachs and force nervous lumps into our throats.

I did not ask for this.

I did not ask to have people sling objectifying “compliments” at me as I’m walking down the street.

Just because I am a woman does not mean I want to be shouted at. Don’t I deserve better than that? Don’t we all?

It’s easy to argue that, as a country and a society, we have come an extraordinary way from the days of outward and blatant disrespect and disregard for women. Women can vote! Women can go to school! Women can work! Women get paid equally (sometimes)! We don’t make them cover their heads or their bodies or their faces. We don’t keep them from places or businesses or opportunities.

And yet, have we, as a society, made equality safe for women?

We think we are keeping women protected. We pride ourselves, in America, with our equality and our rights and our fierce working women. And yet, we still scare women with our eyes. With our indelible words. With our exploitation and our magazines and our catcalls.

Do men know what it feels like to be looked at like we are looked at? To have gawking, bugging eyes glancing over your skin and body like it isn’t even your own? Like it isn’t even a body? To feel someone’s gaze penetrate through your clothing like that?

Is it possible to consider what that does to a woman’s dignity? To her spirituality? To her emotional security and stability? Those kinds of feelings do not build up the strong, confident women our country boasts it has empowered. They do not help show women they are loved and valued by their Creator. They do not build up women of strength and independence; they create women who cower.

I am not a supermodel. I do not look like Naomi Campbell or Britney Spears circa 2001. I am a normal, 25-year-old girl. I have arms and legs and hair. And no matter what I look like or what I’m wearing or who I am, I did not ask for this. 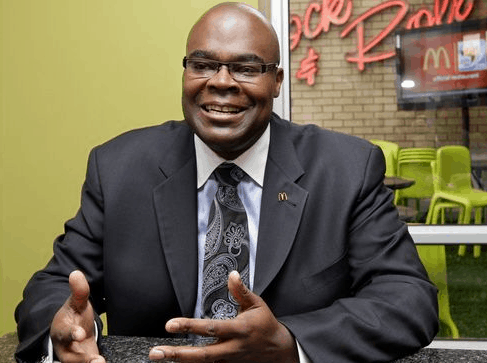