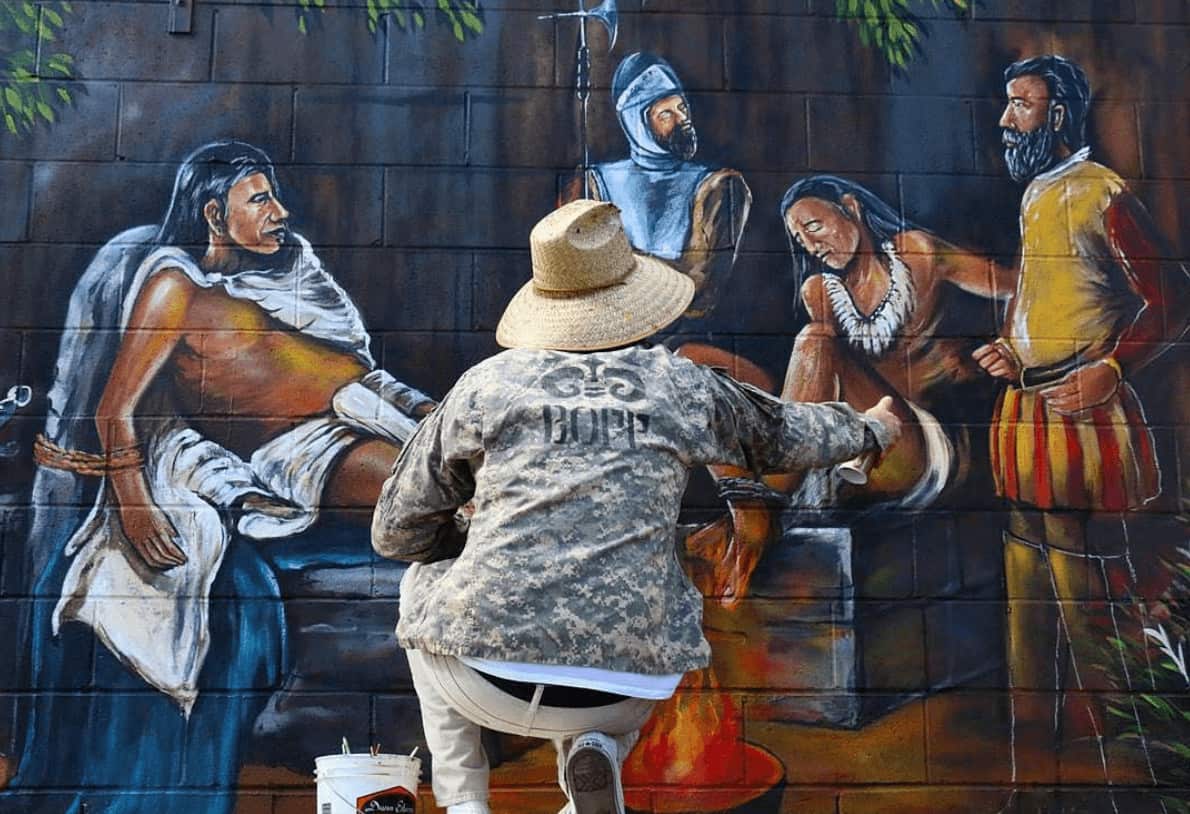 Public art in Los Angeles had been banned for more than 10 years until 2013, when the lift inspired muralists like Clinton Bopp to retake the streets and use their paintings to communicate the conflicts and struggles they see in their environments.

Bopp uses his murals to depict the cause and effect of gentrification in Los Angeles. He told GOOD: “Murals are a unique way to capture that spirit and tell that story in a lasting way—regardless of what kind of gentrification could happen in the future. You just hope murals will be preserved and remain a fixture regardless of change so that the history can remain intact and impactful.”

As gentrification takes effect in major urban areas, it erases the histories of the communities who brought those areas up to begin with. Bopp hopes to share stories from those neighborhoods in a generational sense, bringing something permanent to a place that isn’t permanent.

Ring the Bell: The Trailer for ‘Creed II’ Is Here