Be brutally realistic when you answer this question: “Where am I right now?” Answering that question honestly is critical to your career and maybe even your whole life.

In Good to Great, Jim Collins tells the story of Jim Stockdale, a US military officer who was held captive for eight years during the Vietnam War and tortured regularly. Collins asked Stockdale which soldiers didn’t make it out. Stockdale answered,

This is a very important lesson. You must never confuse faith that you will prevail in the end—which you can never afford to lose—with the discipline to confront the most brutal facts of your current reality, whatever they might be.

Avoid the temptation to believe that being honest about your current reality is somehow not the right way to dream big. Don’t you dare be like my friends who say, “I’ve got $100,000 in student loans, but I’m going to pretend those don’t exist and instead just dream about the future!” Honestly looking at where you currently are in life turns your present into a platform you can jump from instead of a prison that will hold you back. If you’ve got big bills, make big sacrifices at the start.

If you decided to have five kids in the first 10 years of your marriage, don’t then tell your family, “Daddy wants to dream. I’m going to quit my job, start an organic radish farm, and act like I’m a 19-year-old single guy with no responsibilities.” Be honest about your present and turn it into a friend, like I should have with my approach to starting an ad agency.

This will not be easy because the world’s definition of dreaming is just the opposite. People will say things like, “Step out in faith,” or, “Follow your dreams and the universe will open doors for you where there were only walls.” Those kinds of ideas make for amazing mugs but have a pretty horrible success rate. At best, those ideas are code for, “Don’t make any plans,” and at worst they are code for, “Abandon your current commitments.”

You see the former in a million colorfully inspiring but ultimately empty sayings on Pinterest and Facebook. You see the latter exhibited in songs like John Mayer’s “Walt Grace ’s Submarine Test, January 1967.”

It’s a beautiful song and such a great example of why John Mayer is a consummate storyteller. In the lyrics, Mayer poetically describes the life of Walt Grace, a man who was “desperately hating this whole place.” Walt decides to build a one-man submarine in his basement, “ ’cause when you’re done with this world, you know the next is up to you.” He succeeds against all odds and then rides the submarine all the way to Tokyo. It takes him weeks, but he does it! Hooray, dream fulfilled! Only there’s a problem. Walt’s a husband. Walt’s a father of a few kids. In a song we may hail him as a dreamer, but in reality we’d call him an absentee father. When Mayer sings, “his wife told his kids he was crazy,” it’s nearly impossible to ignore the sadness of that picture—the picture of a man who was “done” with a world that included his wife and children, so he built a “home-made, fan-blade, one-man submarine ride.”

The world’s definition of dreaming is often incredibly selfish. It involves ignoring everyone you know and love. Working on some private passion in the depths of your basement. Going off on an adventure without anyone else. And then weeks later letting people know you’re not dead.

We tell that story in popular culture so often, we start to believe that dreaming or walking down the road to awesome is an inherently selfish idea. As if you only have two options: abandon every commitment you have and dream, or resign yourself to an average life in order to honor your commitments.

What if there was a third way? A way to honor all your commitments even while you completely change your life and the world in the process?

What if you don’t have to be an absentee dad, a bad employee, or a failure of a spouse to chase a dream with more intensity than you can even imagine?

What if you could start today?

The truth is, you can. So go ahead—dream honestly, and then get moving.

Adapted from Start by Jon Acuff. Used with permission. www.thestartbook.com. 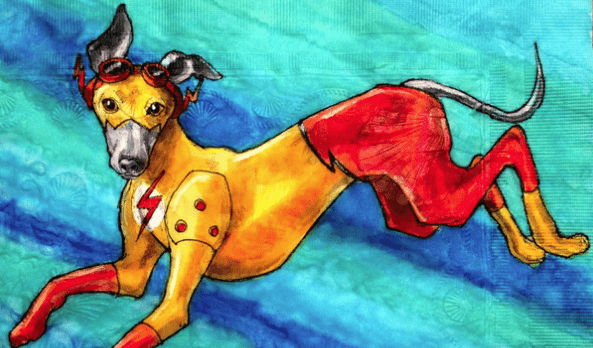 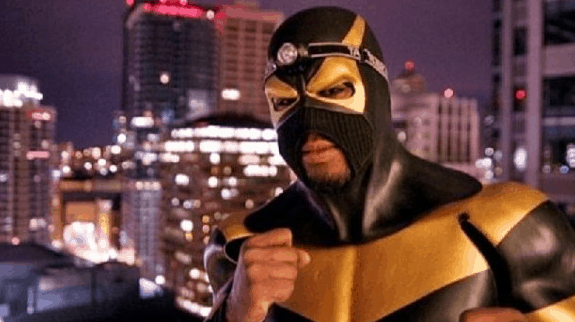 Seattle Police to Superhero Phoenix Jones: No Thanks