A few years back, Saturday Night Live aired a sketch that became an instant classic. In the sketch, a family has come together for a traditional, Rockwellian meal. However, within a few minutes, pleasantries and requests to pass the yams turn into heated arguments about refugees, police violence and who everyone is voting for. The only thing that managed to unite them all was a mutual love for Adele. There’s a reason why it’s racked up more than 20 million views on YouTube and is one the popular sketches they’ve posted online (and it’s not because of Adele, but seriously, who doesn’t like Adele?) It’s because most of us have been in that exact same situation.

The holidays bring families together. But when members of families disagree about big issues, things can get tense.

Author and speaker Jen Hatmaker has been thinking a lot about how to engage in those difficult conversations—without burning bridges, ruining Christmas dinner or being forced to break into Adele songs. She’s figured out a few secrets.

“I have arguably the greatest dad … encouraging, kind, good-hearted, sincere, a faithful Christ-follower,” she explains. “We think very differently about some issues. We vote differently. We watch different news channels. We have different ideology wrapped around some of these conversations.”

But here’s the thing about Hatmaker and her dad. Despite all of their ideological differences, they not only get along great—they can talk about the things they disagree about in a way that isn’t tense, hostile or resulting in someone throwing the gravy boat across the room and storming off in anger. And she’s convinced other people can have the same kind of relationship with those they disagree with, too.

Before diving into a deep conversation, Hatmaker suggests focusing first on the person you’re talking to, not the issue at hand. What do you think of them? Do you think they have pure intentions? Are you giving them the benefit of the doubt that you would like afforded to you?

“We are not required to burn a group down or to assign terrible intentions to them or to assume we know what experiences bring them to their perspectives,” she explains.

Hatmaker says she “assigns positive intent to the person” she’s talking to because she’s recognized her own tendency to “bring a hundred pounds of baggage” into conversations about issues.

The result is a conversation with a person that you like, instead of a debate with an ideological enemy.

When issues come up that you’re passionate about, the most natural reaction is to speak up and talk about it. But Hatmaker says there is real value in being willing to listen first. And when you do speak up, ask questions to understand why the person believes what they believe.

“Curiosity has lost its place here,” she says. “It diffuses the air in the room and all of a sudden, new opportunities roll out in front of us to have good conversation.

However, Hatmaker concedes, “This is incredibly challenging; it takes an enormous degree of maturity.” The key, she says, is “keeping it in the conversational space where it’s not so accusatory, keeping it respectful and curious.”

When we listen to the other person—not just hear their position—we can gain insight into the nuances of the issue at hand. And it lets you formulate a response that addresses the other person’s concerns, instead of simply presenting an opposing idea that will further entrench the person in their own idea.

“We get to pick how we respond and how we listen and how we create new space for compromise and for empathy and dialogue,” Hatmaker explains. The other result is that listening carefully can actually take the dialogue in a new, interesting direction. Don’t treat an across-the-table discussion like a cable TV debate show; treat it like a conversation between two friends. You might be surprised where it leads.

“I have found a new space that opens up a bit of breathing room to be a better listener and to be a better conversation partner,” she says. “And then at that point, gosh, we just have no idea where it could go, what understanding is possible, what compassion is possible between two people.”

Tech designers were very careful when they created functions for your phone. They knew—and have admitted—that if notifications display in a certain way, pleasantly laid out in a vertical, scrolling fashion, when you wake up in the morning, you’d have a menu of interesting things waiting for your attention. The method has worked. The Global Mobile Consumer Survey found that nearly half of phone owners look at their phones within minutes of waking up in the morning.

“The human condition is not designed for this amount of intake, this much information, this much noise,” Hatmaker says. But that doesn’t mean we can simply ignore important issues or remain ignorant to topics that affect our communities and our neighbors.

“I don’t think we have the luxury anymore of taking a backseat to information,” she says. “It’s a new time. It’s a new season. It’s a new generation. It’s the information age and so with it comes this baked-in responsibility to figure out how to assess this information deluge that every one of us is in.”

So, how do you stay informed without getting overwhelmed? Hatmaker says it comes down to thoughtful curation. If we are going to engage in important conversations, we owe it to the people we’re talking to to be well-informed about them. This means finding sources and outlets that we can trust, and being careful about consuming agenda-heavy information or accidentally sharing “fake news.”

“I think the first thing is to make sure that we are not duped,” she says. “That matters first and there’s a lot of ways to do that. All of it requires a little bit of work. It’s going to take a little bit more time. It means broadening out our media diet to include different types of sources, different types of reporting, different types of journalism, different places that we’re getting our news from. It is very possible, as we know, to funnel into one outlet and have a very skewed understanding of what’s going on.”

But we also must be willing to confront false information and the people sharing it, with grace—but also boldness.

“It is a worthy thing to pay attention to when our family members and our closest friends and neighbors are hooking into some of this misinformation,” she says. “I think when we discover that the people we love and respect are repeating information that is either not true or incredibly biased, I have found that tone is everything. Right away, we start going at each other with anger, with raised voices, with body language that communicates frustration or contempt. It’s over before it started. There’s something about keeping a cool head, keeping your voice calm, keeping your body language comfortable and loose and just asking questions like, ‘Can you tell me where you heard that?’”

Recently, Hatmaker took time to moderate conversations between journalists, writers and policy experts across the political spectrum for her podcast, For the Love!. What she observed gave her a lot of hope. The people who understood the issues the most were optimistic because they found a third way to address them.

“If you talk to anybody, this is what they’ll tell you: The world feels so polarized and there is nothing in the middle,” she says. “But what I discovered is all these very intelligent and reasonable people walking a third way. I think there is this one version of what’s going on in our country right now that sells. It’s very, very hot to see everybody fighting, all the wars, all the name-calling, the back and forth. It’s very easy to get swept up in that. That’s not at all what I uncovered as I interviewed for this series. I found something very reasonable and very measured; a middle space where people can agree and come to the table in constructive dialogue.”

Because when dialogue is constructive it not only has the power to change ideas about politics—it saves relationships, even when the issues get more contentious when elections roll around.

“We cannot control that,” she says. “That’s going to be what it’s going to be. But we can start to control our contribution to it. We can control how much of our sanity we allow it to steal. We can control whether or not we let this destroy relationships that were precious to us just three years ago.” 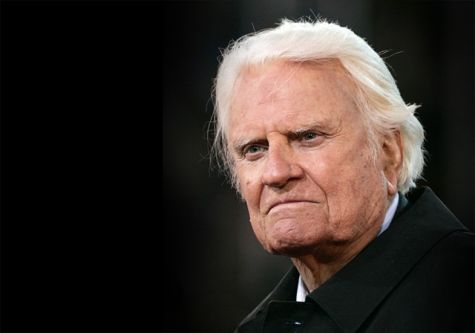 Is Franklin Graham Telling the Truth About Billy Graham Voting for Trump? 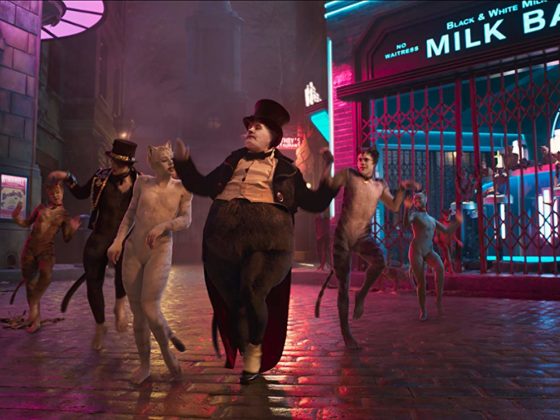