“Hustle until you no longer have to introduce yourself.”

“Good things come to those who hustle.”

Whether on coffee mugs at Target or on a Pinterest graphic over-earnestly shared on Facebook, we’ve seen a variation of these phrases before. Perhaps we’ve even used the phrase—or something similar. Our culture tells us overworking is a merit badge.

At some point (as it happens in Christian circles) a well-intentioned person borrowed this term and voila, Jesus became the new face of a hustler—except the pure and perfected version: “Eat. Pray. Hustle.”

We tote our hand-picked verses about how Jesus “got up early, while it was still dark to pray” as our way of encouraging a long and difficult work day. We applaud Jesus’ zeal as He braided His whip and drove out the money-changers from the temple and encourage others to exert the same passion as we attack our “mission in life.”

Jesus saw needs and He met them. He mentored and encouraged radicals to embrace peace and love. He performed miracles, spoke to thousands and traveled often. As we read about this adventure-filled life that Jesus lived, we are inspired to chase after our own versions. We desire to be influential and make our own mark on the world just as He did—after all, haven’t we been raised to believe that we are born with a unique purpose to fulfill?

If there’s anything we can admit, it’s that the life Jesus calls us to live is radically different than anything the world calls “normal.”

And in today’s often self-centered, media-crazed world, there is never a better time for us to rise up and be something bold and exemplary. If laziness is a sin, and hard-work is to be exalted, then let’s discuss how we can better actually emulate Jesus:

View people as priorities, not distractions.

Jesus was also moved by the crowds; Scripture tells us that. But He was also laser-focused on the individual. Take Zacchaeus up in the tree. A crowd lined up on the road and Jesus narrows in on one tiny man. When chaos broke out in the garden of Gethsemane on the night Jesus was arrested, what do we find Him doing—healing the guard whose ear had just been lobbed off (by his accuser and enemy).

When the children pressed up against Jesus, hungry for His attention, He didn’t push them away in order to get after “the more important” things. Rather, He scolded the disciples and told them to become more childlike in their faith.

When the woman with the blood issue reached out to grasp Jesus’ garment, desperate for healing, Jesus halted. Even though He was on His way to heal a child in the throes of life or death. In the midst of a crowd of people, all requiring something from Him, He was determined to speak face-to-face with one individual. Her need was not a distraction; she became His priority.

So, when a friend calls late at night, or we see the co-worker falling apart in the breakroom after a long and grueling shift, or when a fan or acquaintance on social media (who is clearly anxious for our attention) sends yet another email—respond. Choose to see the individual. Be humble. Remember who you supposedly hustling for.

While there are several mentions in the Gospels of Jesus’ love to get up early to pray, it isn’t implying that prayer was “hard work.” Just because we tend to view prayer as laborious and not our favorite activity, it doesn’t mean He did—for Him it was restorative. In the Gospel of Matthew, he writes that Jesus slipped away by Himself.

He recognized His need for solitude, to be with His Father, to rest. What would happen if this practice became a priority rather than something we lessen to “luxurious” or for those who are weak. What if solitude, rest and self-care went from something that we physically needed, to something our spirits actually wanted?

If the creator of the universe took one day to “rest” then is it really that impressive to slave away for seven? Why do we feel the need to work harder than Jesus? His life was not only full of meaningful work, creative design, miracles, travel and compelling messages but teeming with friends that He broke bread with. He made time for strangers, and to party at weddings, so, perhaps we can give ourselves the freedom to do the same. Jesus didn’t try to heal, feed or befriend the whole world during His three-year ministry career, so why do we yoke ourselves to a dream of accomplishing all of our life goals by our 30th birthday?

Time alone with God and self-care need to be more than an ideal that we are shooting for—“maybe next week when things slow down.” We must find a way to make it happen and resist the urge to think that in order to be successful, in order to be influential, in order to fulfill our purpose we need to do it all—today.

As the Son of God, you’d expect Jesus to wear the “hustle” shirt with pride. Not only was He a part of creating the world, but He also became the Savior of it. And yet, He didn’t force Himself on anyone. He didn’t try to network with the local rabbis or political figures.

If Jesus were to live in today’s culture, it’s doubtful that He would don a #hustler T-shirt and strive for a million Instagram followers. He would more than likely be found sitting on the street corner and giving the homeless man His attention, a warm meal and the shirt off His back. He would probably look less like the wannabe social media celebrity hustling hard for people’s recognition and approval and more like the woman who bakes bread for her ailing neighbor, or fosters children in obscurity.

Jesus chose serving over being liked, giving over being followed and sharing over being shared. He said “yes” to what His Father asked Him to do, every time—even if it was uncomfortable, unpopular or unimaginable. Jesus knew that the disciples, and all those to come after them, would have their own work to do, so He wasn’t worried about doing everything by Himself. Jesus accomplished the tasks that His Father sent Him to do, and He let others do their part.

Why are we so eager to be driven by the hustle when Jesus modeled for us, over and over, something that looked radically different? 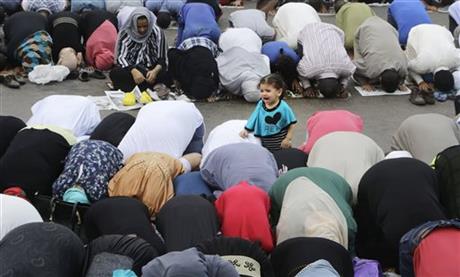 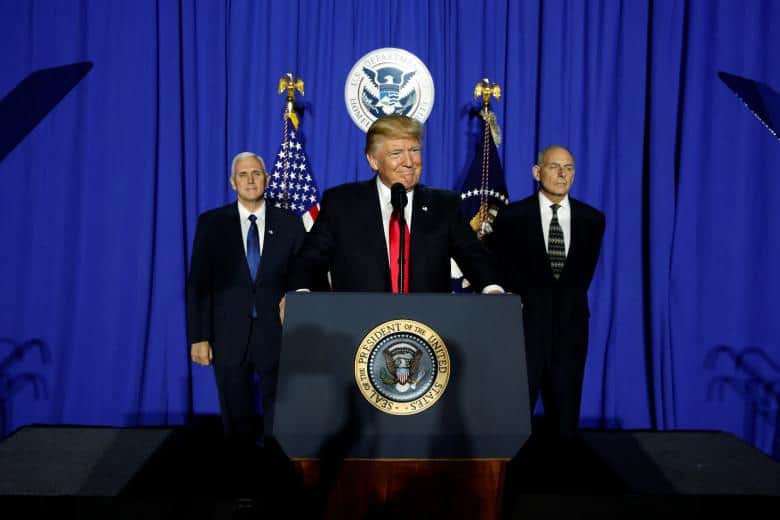 Counter-Extremism Group Under Trump to Focus Only on Islam