They met at a Christian university and got married, eventually settling down in Illinois and having a little girl. Next came a house and full-time jobs to pay the mortgage. Time away from work involved church, family, and adventures…until they decided to move to Los Angeles to break into the entertainment industry.

Jeff (not his actual name for anonymity sake) thought he and his wife were going to do great things in Hollywood, impacting the industry with hope and life. Rather, what resulted was a floundering marriage, a distance that would come between them, and an eventual divorce that left their family shattered.

The trust they once held for one another was compromised by poor decisions made, as his now ex-wife became addicted to the lifestyle of fame and celebrity. Compromises of relational integrity always have repercussions. Jeff was left heartbroken and devastated in the midst of the separation, fearful of a life alone. How could he ever trust anyone again when his soul mate could leave him behind in the search of applause?

We have all suffered fractured relationships, whether it be romantic, platonic or familial. Everyone has lied to someone else—including me. I’ve lied and left promises undelivered far too many times than I care to admit. No one is immune to the fallen nature that leans towards falsehood over truth, hiding in the shadows rather than coming clean. It’s often that we look in the mirror and realize that we’ve even lied to ourselves in the effort to justify choices we’ve made that have derailed our life trajectory. Everyone is guilty—some more than others, of course, but all the same. Just as dishonesty and duplicity brought a distance between my friend and his ex-wife, so can it be with any relationship we form in this life.

One of the hardest things for me is to truly trust people on a deeply personal level. I’ll trust my family and closest friends, but it’s incredibly hard for me to take anyone else’s word seriously in a world where I’ve experienced far more broken promises than those that were fulfilled. Call it being jaded or being realistic, but I think we all know what I’m talking about. Every single one of us has suffered at the hands of empty words and fake relationships, with those “friends” eventually leaving us feeling used and hollow.

This is blasé and depressing; sorry to be a downer. And yet, the beauty of relationships is that God calls us to be gracious towards one another, forgiving the letdowns and the unmet promises. We will all let one another down at different times in this life, but grace is a gift we are all given that can be re-gifted to others. We aren’t called to be isolated, but rather to live in community with others that is filled with grace, love and compassion.

Even with grace being a redemptive factor in our human relationships, the soul craves more—something deeper that we can always count on to deliver. We want something solid—someone who won’t fail us. This is where, as a follower of Jesus, I find God to be absolutely captivating and enigmatic. In the Scriptures, we are taught that even in a world where we will be betrayed, lied to, and hurt by those we love, there is someone above it all who is not trapped in our fallen nature. One specific passage reminds me of the trustworthiness of God: “God is not human, that he should lie, not a human being, that he should change his mind. Does he speak and then not act? Does he promise and not fulfill?” (Numbers 23:19, NIV).

I love how the Scriptures remind us of the binary contradiction between God and humanity. “God is not human, that he should lie.” Basically, it might as well read, “Humans are a bunch of liars.”

Let’s get brutally honest with ourselves: humanity is incredibly inconsistent. Despite our tendency to screw everything up, God is outside the human condition. How incredible it is to know that, even when the entire world seems to be filled with fakers and frauds, we can trust God to be the same as He was yesterday, a year ago, and 5 billion years prior.

When someone you loved deeply lied to you and didn’t follow-through on a promise they made, how did that feel? The pain is often quite shattering, especially when it comes from someone with whom we’ve shared transparency and vulnerability. On the flip-side, we’ve likely betrayed them at some point in time, as well. The call to us in our human relationships is grace—the gift that says, “I love you deeply and I choose to trust you, despite the past.” The great news is that, with God, we don’t have to question whether or not He will keep His word. He is not human.

Jesus is the greatest reminder that God is not a liar. The promise of the Messiah was fulfilled in the coming of Christ, reminding us that God is with us, not far away. The name Emmanuel means just that: “God with us”. Jesus is one of many ways God has said, “I’m not human, that I should lie.” He is not one to back down from His promises, nor will He leave us in the dark.

If you feel wounded at the hands of unkept promises and broken relationships, Jesus is there with you in the brokenness. He’s with you in the heartache and the pain. Nothing is beyond His grace, including you. We can trust Him, even when the whole world fails us.

Forgive those who have lied to you. Love them. Some may not be healthy relationships to restore and that is perfectly fine. In fact, it’s healthy to leave some relationships behind that are toxic and destructive. We can forgive without inviting everyone back into relationship with us. We are able to give grace to those who have hurt us without placing ourselves back in harm’s way.

Jesus is the embodiment of God’s promises fulfilled.

In the diction of Master Yoda, “Human, God is not.” 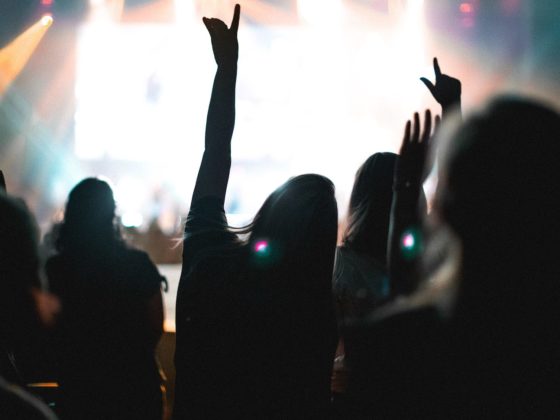 The Difference Between Praise and Worship 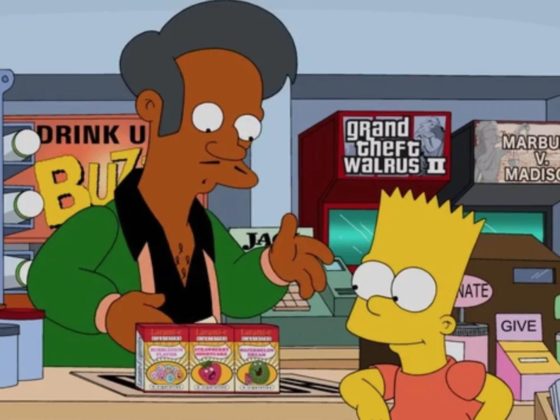 Hank Azaria Will No Longer Voice Apu on ‘The Simpsons’