The start of a New Year always seems to bring with it a sense of promise, a renewed hope that life will somehow get better or easier or lovelier. When the first of January came to pass last year, I had a lot of expectations for what the next twelve months would hold. I prayed for new mercies, new opportunities, new avenues for service.

While several months were marked by those truths, the beginning half of the year was also characterized by a lot of difficulty, hurt and overwhelming loss—not on a personal level, but for those close to me, those I care deeply about.

Numerous friends grieved the loss of one or both parents. and multiple couples I know lost a child at birth. While some faced newfound unemployment, others have struggled tirelessly but are still unable to find work. I have friends mourning broken relationships—familial, romantic or otherwise. It’s all incredibly confusing, and yet the heartache is all too real.

Knowing what to say at these times presents us with a challenge. A sentiment doesn’t exist that can change the current condition. As hard as we search for the most consoling words, they still feel empty, they come up short.

I learned an important lesson years ago that has never failed me, a phrase that is my North Star in any and all circumstances. It’s a simple truth, which I believe resonate with us the most. It’s one thing true friends do, even when they can’t do anything else.

Show up for your friends, for your neighbors, even for the people you don’t like all that much. Just show up.

The beautiful and tragic thing about life is that it ebbs and flows, so even if we’re not hurting now, we will be sometime soon. It’s inevitable. Our feet can slip into that old pair of heavy boots for any number of reasons, so many times without warning.

When sadness strikes, people aren’t always looking for cards or casseroles (though those are wonderful gestures). I have been taught by experience that people are seeking other people. They want a presence, another soul to enter into the space where the hurt exists, someone to sit there with them, just being together. People long for a reminder they are not alone, but instead, they are known and cared for beyond measure.

In the Gospels of Mark (2:1-5) and Luke (5:18-20) is a story about four men who lower a paraplegic through the roof of a very crowded home so he can be closer to Jesus. In fact, he is lowered down right in the middle of everyone. The Lord is so impressed by this level of belief, He immediately forgives the paraplegic’s sins.

What those four men did was not an easy task. Not even close. The whole ordeal was probably quite cumbersome, exhausting even.

The house was so crowded, the account says, there was no longer even room at the door. Having carried the paraplegic up to the roof, the men had to find a way to somehow create an opening. Several translations say they removed tiles, another says they ‘scooped out’ an area, while still another says they uncovered the roof and ‘broke it up.’ Regardless of how we choose to describe the scene, it is clear the men had to put forth a worthy effort.

Then came the task of lowering the paraplegic to the ground. Again, various terms are used to explain what the man was laying on: a stretcher, a bed, a mat, a pallet. What we know for certain is whatever he was resting on was bulky, awkward; it took four of them to maneuver the material. But when they did, the Lord Himself was amazed.

It was no small feat what they had collectively accomplished. They were present for a fellow man in his time of great need, a physical need, in this instance. Feeling the weight of the cripple’s pain, the men treated it as their own. They took this man to the roof; they brought him to the place of healing.

This story is such a short passage in Scripture, only five verses at most. But it contains so much value. What I find most curious about this narrative is we’re never told of the relationship between the four men and the paraplegic. Are they strangers? Friends? Relatives? We can’t be sure. And apparently that detail didn’t matter to the author.

What matters is more than two thousand years ago, four men showed up.

Loving well means being proactive. We owe it to each other to show up when a need arises, where hurt exists. Choose to be brave. Choose to enter into those broken places of addiction, of death, of love lost, of mental illness, of dreams unrealized.

I’ve heard it said life is better lived on a bus than on a unicycle. I believe that. Offer your presence to those around you, even when it’s difficult—especially when it’s difficult. How wonderfully we could revolutionize our relationships if we didn’t shy away when things got messy, but stayed determined to get our hands dirty instead.

Characterized by an adventurous spirit and a penchant for travel, Meredith is a native of Des Moines, Iowa, but is currently living and working in Nashville, Tennessee. She is a firm believer in magic and mischief, and does her best to see the beauty in the everyday. Read more of her words over at 12thandbroad.com. 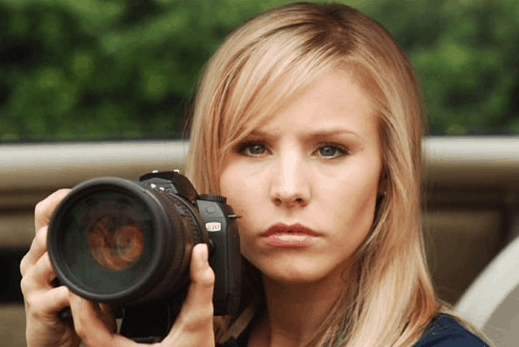 A New ‘Veronica Mars’ Show Is on the Way 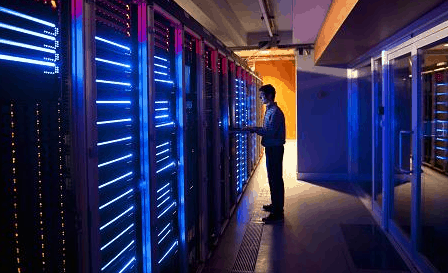 Did a Federal Court Just Rule Against Internet Free Speech?